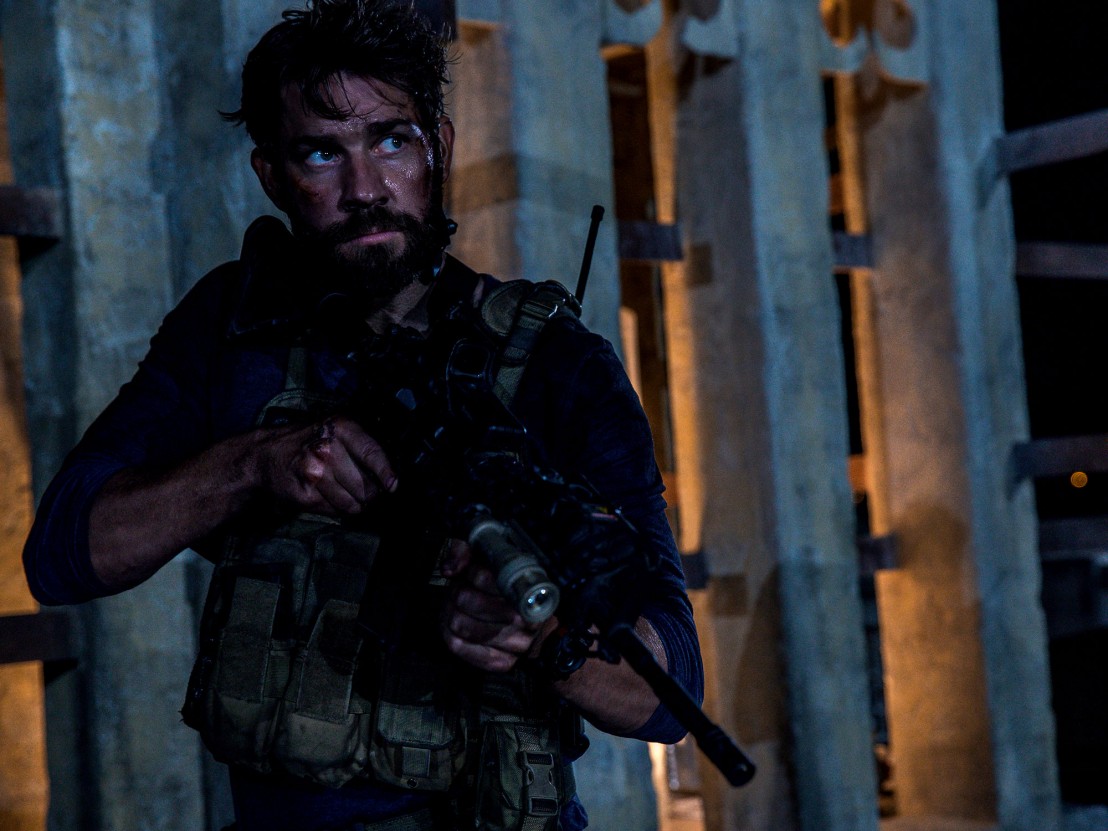 The release of a new Michael Bay movie is routinely met with scepticism, perhaps rightly so, given that his output typically combines chummy jingoism with ejaculatory action sequences. His latest, 13 Hours: The Secret Soldiers of Benghazi doesn’t exactly buck the trend. Accused in some quarters of playing fast and loose with the facts in its simplified reconstruction of the Libyan conflict, 13 Hours has been derided by prominent Libyan filmmaker Osama Rezg, who claims that the film offers an unauthentic representation of Libyan people while perpetuating negative stereotypes of the Arab world.

Meanwhile, Libya’s culture and information minister, Omar Gawaari, has commented that Bay has turned the whole affair “into a typical action movie all about American heroism.” Other Libyan locals have bemoaned the omission of their involvement, claiming that many Benghazi locals also fought and protested against these terrorist attacks. Alongside this, the film has also been nominated for ‘Islamophobe of the Year’ – an award run by the UK based Islamic Human Rights Commission (IHRC).

On this evidence alone it’s fair to say that making war movies is a tricky business. Is it possible to make a film that simultaneously provokes political questioning while maintaining some degree of neutrality? Or will there always be dissenting voices lambasting war movies for political biases and patriotism? This harmony between political astuteness and narrative objectivity is perfectly captured in the 2007 Israeli film, Beaufort. Based Ron Lesham’s novel, it explores the withdrawal of the Israel Defensive Force (IDF) from southern Lebanon, director Joseph Cedar concentrating on the daily lives of the soldiers based at the military stronghold of Beaufort Castle.

Like 13 Hours, Beaufort focuses on a small group of soldiers defending the castle from the militant group/political party, Hezbollah. Crucially, though, Beaufort doesn’t demonise its enemy – Hezbollah remains a faceless presence whose effect is nonetheless devastating through a regular bombardment of bombs and artillery. By excluding the enemies physical presence Beaufort is imbued with a universality, it serves as an indictment of all wars and isn’t simply serving one political agenda or perspective.

Beaufort predominantly revolves around the emotions, anxieties and moral dilemmas that face commander Liraz Librati and his troops in the days leading up to their withdrawal from South Lebanon and the end of the 18-year conflict. Cedar’s observant and naturalistic camera expertly captures the individuality of the soldiers and the emotional and physical tolls this combat has inflicted on them.

It’s refreshing to see an Israeli contingent portrayed as complex human beings who love, hate and fear instead of their prevalent representation as an impersonal fearless, brutal force. The slow-paced, meditative tone Cedar infuses into Beaufort isn’t purely superficial – his considered approach shines light on the utter monotonous nature and crushing pointlessness of war. This futility is compounded in the film’s conclusion, when Liraz’s troops are ordered to destroy the very thing they’ve admirably protected throughout the film.

Unlike 13 Hours, Beaufort is devoid of gung-ho sentiment, visceral violence, heart-thumping action and a sole leading character who we can root for – and it’s a far better film for it. Making an urgent case for the folly of war, it is an earnest, non-triumphalist work whose sober intelligence and cultural relevance was marked by the outbreak of the second war in Lebanon just one month after filming concluded. So, if you’re looking for a rare example of an authentic, balanced and politically engaged war movie, then we recommend you seek out Beaufort.