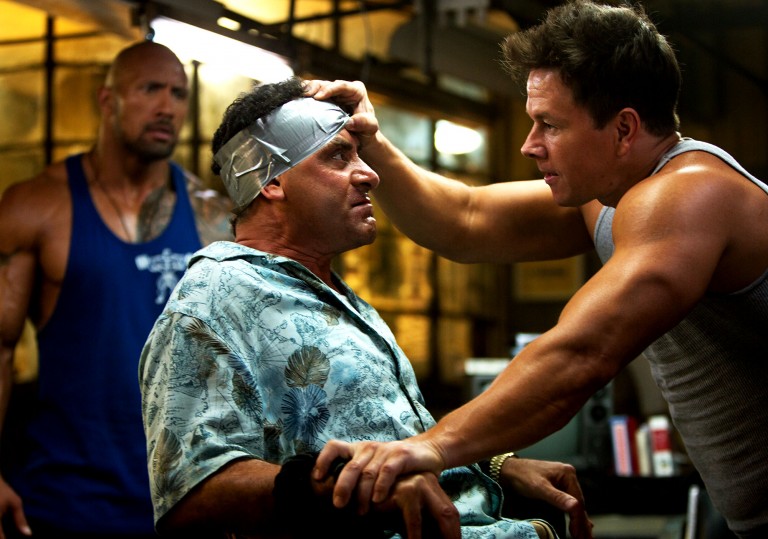 Michael Bay puts down the toys and picks up a dumbbell.

A bowdlerised and obnoxious vision of American indie filmmaking.

Not without the occasional aesthetic charm, but mostly as loud, brash and air-headed as its protagonists.

It’s bad practice in bodybuilding to try to lift a heavy weight without getting in a few sets of lighter repetitions for preparation. And so it goes for filmmaking as well. With the flashy fact-based comedy Pain & Gain, Michael Bay attempts to flex his satirical muscles for the first time in his career. But after spending 20 years (and three Transformers movies) letting his intelligence atrophy into a thin, stringy mass, the director fails to get a firm grip on the material, and ends up dropping the (medicine) ball squarely on his own foot.

“I believe in fitness,” says Daniel Lugo (Mark Wahlberg), a South Beach personal trainer whose heroes are self-made men like Scarface and Johnny Wu (Ken Jeong), a self-help guru who divides the world into “doers” and “don’ters”. Daniel desperately wants to be the former, and displays just enough savvy as a gym administrator to spike his club’s membership sales and get a small taste of the good life. He wants a bigger bite, however, and decides (in the deathless words of his director’s good buddy Steven Tyler) to “eat the rich.” More specifically: Victor Kershaw (Tony Shalhoub), a half-Jewish, half-Columbian and wholly obnoxious businessman whose ostentatious flaunting of his wealth is the equivalent of ringing a dinner bell in Daniel’s chiselled face.

We’re told before Pain & Gain starts that it is “unfortunately” based on true story, and the sheer unlikelihood of Daniel’s plot to rob Kershaw, which involves getting two meat-headed pals (gym rats played by Anthony Mackie and Dwayne Johnson) to dress up in Halloween costumes and taser their target into unconsciousness before kidnapping him, has a compulsive, stranger-than-fiction fascination to it. The battle of wills between the harebrained trio and their apoplectic hostage is at its funniest when Kershaw’s teary indignance bounces off of the impenetrable naïveté of Johnson’s Paul Doyle, a brawny, born-again simpleton who stops just short of asking his pals to tell him about the rabbits.

Johnson is a capable comic actor who knows how to play up (and against) his pro wrestler’s physique, and he stylises himself here into a bulbous, ambulatory metaphor — a wannabe gentle giant who tries to control his appetites through religious dogma and ends up binging on sex, drugs and all the rest of it. Daniel and co eventually manage to extricate Kershaw’s money from his various high-interest accounts and proceed to living high on the hog, which cues Bay to start showing off his own largesse: around the midway point, Pain & Gain turns into an extended R-rated music video in which the filmmaker joins his characters in literally throwing money around. But where a great filmmaker like Paul Verhoeven is often able to indulge and criticise his sleazy subject matter in the same panting breath, Bay’s blinged-out imagery is blandly triumphal.

Pride comes before a fall, of course, and Pain & Gain doesn’t skimp on the gory and humiliating details of its characters’ inevitable descent into overspending, infighting and worse (people are killed, bodies are disposed of and appendages are barbecued). The third act of Pain & Gain is a different kind of overkill, deploying a smirking moralism to balance out the rampant indulgence of what’s come before. Rather than establishing equilibrium, however, this tactic suggests nothing so much as a dorm-room lummox’s attempt to get real with some undergraduate philosophiser (picture Rodin’s ‘The Thinker’ in a muscle shirt with a backwards baseball cap). Crime doesn’t pay, says Pain & Gain, and while that same mantra was good enough for Edwin S Porter and Martin Scorsese (and about a million other filmmakers in between), the sermon is a little rich coming from a director who has become very, very rich from pummelling audiences into weary submission.

If Pain & Gain had been brilliantly made, its shallowness might be less apparent. With the exception of a few wonderful shots — a push-in on Daniel brooding in a swimming pool, his body’s size scarily distorted beneath the water line — it doesn’t give the vulgar auteurists much to work with. Ben Seresin’s cinematography sears and melts like the inside of a tanning booth, but Bay’s montage is staid and predictable: his attempt at an all-out sensory assault has nothing on those Juvenalian delinquents Neveldine/Taylor, who never met a narrative convention they couldn’t mug for its lunch money.

Pain & Gain is actually rather straightforward in storytelling terms, eventually submitting to the form of a true-crime procedural, ‘where are they now?’ title cards and all. Bay’s first movie took its title from the theme song from US reality TV show Cops. Today this Bad Boy’s bid for serious-movie cred achieves approximately the same level of entertainment value as a Fox reality show.

Michael Bay puts down the toys and picks up a dumbbell.

A bowdlerised and obnoxious vision of American indie filmmaking.

Not without the occasional aesthetic charm, but mostly as loud, brash and air-headed as its protagonists. 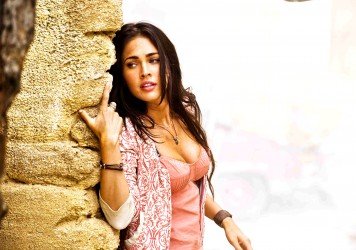