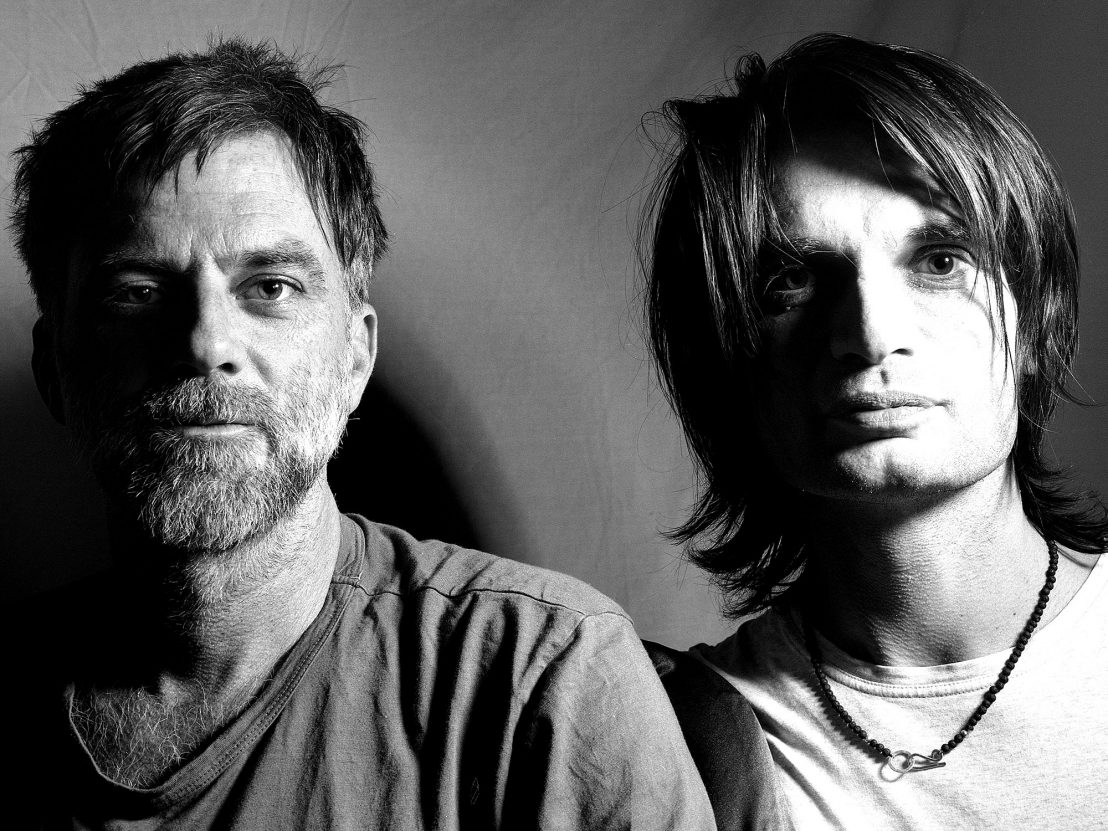 Too often concert movies or album making-of films come across as functional promotional tie-ins, geared entirely towards the sale of merchandise, tickets or the personal brand of some pouting rock deity. Though Paul Thomas Anderson’s 54 minute documentary, Junun, does make you want to enter into a corporate voyage of discovery and purchase the album whose creation it chronicles, it does so in the most delicately whimsical, carefree and reverential way imaginable.

Following his press duties for Inherent Vice during the early months of 2015, Anderson upped sticks and yomped over to the Mehrangarh Fort in Rajasthan with floppy fringed brother-in-arms and multi-instrumentalist, Jonny Greenwood, to observe the particulars of a fiery musical collaboration he entered into with Israeli composer Shye Ben Tzur and local musical troupe, The Rajasthan Express.

Whether Anderson knew he was planning to document this recording session remains thrillingly ambiguous throughout, as Junun comes across as a ramshackle example of a PTA cine-improvisation, revealing a side of this exacting formalist that’s seldom been seen in public (well, maybe in his on-stage Q&As?). Instant gratification is yielded from the amazing music being created; surging, brass-driven cacophonies which pummel the listener into a temporary trance. Unlike Radiohead’s precisely rendered math rock, this music is unwieldy and primal, redefining what is meant by a “mistake” as trumpeters occasionally fail to hit a note forcefully, or a part might enter into the fray half-a-beat too tardy.

The film, too, embraces “mistakes”, often transforming them into their own lyrical formal coups. At one point, a camera set on a tripod statically photographs the band in full flow, then the camera operator picks it up – tripod and all – and plants it down across the room, and without so much as cursory adjustment, achieves the most perfect deep-focus framing you could ever desire. Again, though, there’s no real evidence that Anderson is self-consciously attempting to match the form to the content – it’s an example of the best type of documentary, where a director simply reacts to his immediate surroundings.

Aside from the invigorating performance footage, we are allowed a few trips outside of the fort. One involves a little sojourn into the surrounding neighbourhood to see how the musicians tune their instruments, which comes across like something out of an early Wong Kar-Wai movie. There are also trips skyward on PTA’s toy drone which he flies over and around the roof of the fort, often as local birds circle one of the turrets awaiting a feeding session of raw meat. The aerial footage is breathtaking, and an example of what technology can do when used in the right way and by the right people.

Anderson has cited Bert Stern’s Jazz on a Summer’s Day, which documented the 1958 Newport Jazz Festival, as one of his key inspirations. As that film fondly highlighted the schism between a predominantly white, bourgeois audience and a musical style born out of a history of black hardship, Junun too draws a serious cross-cultrual connection. The other film it resembles is Jean Luc-Godard’s 1968 chronicle of Rolling Stones’ recording sessions, Sympathy For The Devil, specifically in its focus on white appropriation of black/foreign artforms, but also on the process of creation rather than a celebration of a final, saleable product.

In terms of Anderson’s own back catalogue, maybe place this one together with his own survey of the disco era, Boogie Nights, with Greenwood standing in as exploratory rock music’s very own Dirk Diggler.