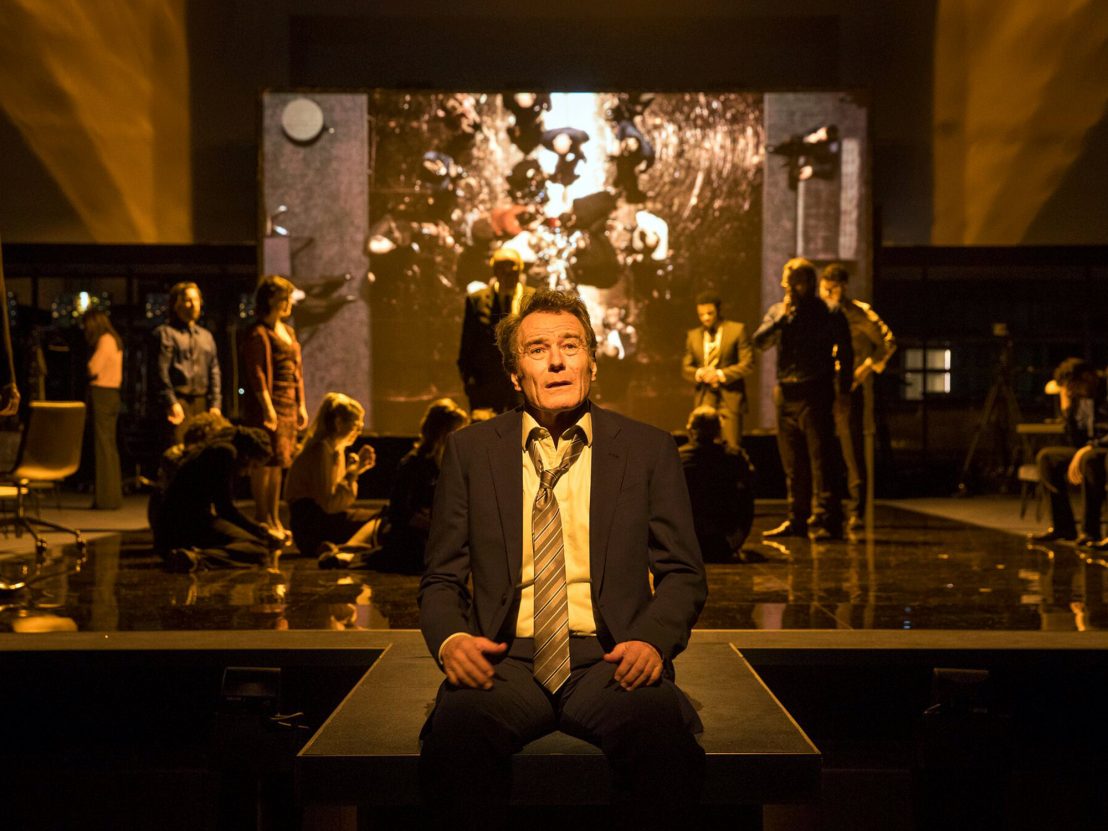 Venture into London’s West End at the moment and you’ll be greeted by a slew of screen-to-stage adaptations, from Mel Brooks’ Young Frankenstein to Julian Jarrold’s Kinky Boots. There’s a cynicism about these productions among film fans and theatregoers alike, who question the need to transport films in such an exclusive manner, but the trend rumbles on nonetheless.

The latest film to make the transition is Sidney Lumet’s 1976 television satire Network, reimagined at the National Theatre with Bryan Cranston taking on the now-iconic role of disillusioned broadcaster Howard Beale. The original film saw screenwriter Paddy Chayefsky win an Oscar for raging against the surging popularity of fast news and ratings battles in Jimmy Carter’s America, and the immortal line “I’m mad as Hell, and I’m not going to take it anymore!” has been cemented into pop culture as a classic.

As Brexit looms large at home and Trump even larger across the Atlantic, it’s easy to understand why the NT chose to bring Network to its hallowed halls for a four-month tenure. The theatre has been transformed into a living, breathing studio, complete with creative use of camerawork and a hefty dose of audience participation.

It feels very much an immersive production, one in which the audience is even part of the stage – as part of a special package, a limited number of spectators can sit in a special restaurant section of the stage which serves as a set-piece. But even for those in the (comparatively) cheap seats, Network grabs you by the lapels and shouts right in your face. 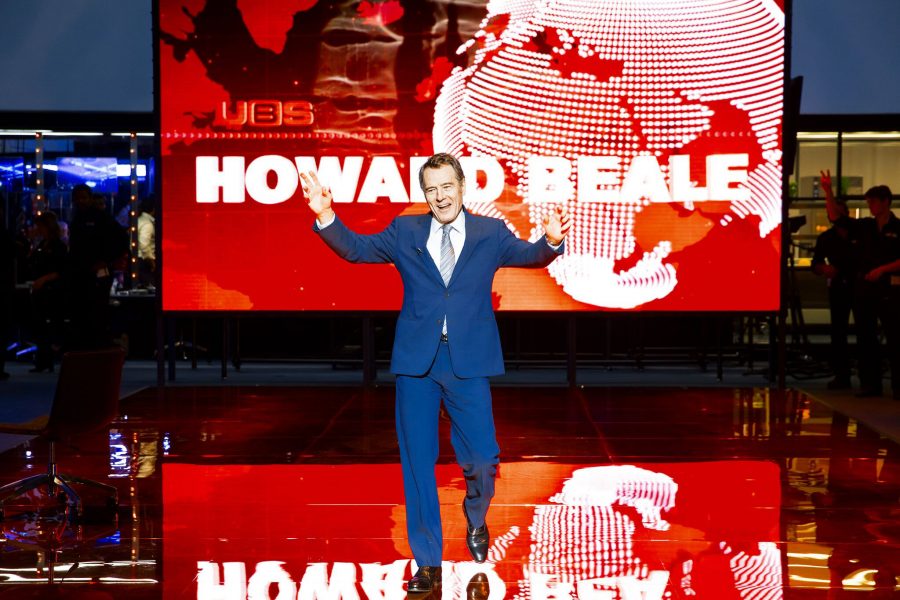 It’s a production which lives and dies on the shoulders of its dynamic cast, chiefly Cranston, who plays Howard Beale with even more madness than Peter Finch’s original. Cranston’s Beale is a man who falls apart before our eyes, exploited for ratings like any number of candidates on the bear-bating circus that is reality television. It’s as good as Cranston has been in anything since Breaking Bad, and theatre seems to give him some sort of presence that he’s yet to find in his fairly unremarkable cinematic roles.

He’s joined by Downton Abbey’s Michelle Dockery, who takes on Faye Dunaway’s (also Academy Award-winning) role as hard-nosed television executive Diana Christensen. Cold, calculated and yet completely compelling, Dockery brings a bright-eyed exuberance to the character which makes the role her own.

Also deserving of a mention is the inspired choice to cast Tunji Kasim as Frank Hackett, previously played by Robert Duvall. The perfect angry young man fighting to hold his own in a dog-eat-dog industry, the sense of maniacal egomania he delivers helps to breathe new life into the role. The film’s long-winded rants are mostly broken up and reconfigured, and with a pleasingly concise two-hour runtime, efforts have been made to ensure that there’s not an inch of fat in the script – every scene propels the story forward.

There’s no denying that the NT’s production of Network is a triumph, and it does indeed feel timely in the wake of political unrest and omnipresent fake news. Yet there’s something strange about the notion of an exclusive production like this – a sell-out, top-price theatre production in London – attempting to call out the complacency of the media and society at large. Available only to the echo chamber of the liberal elite audience, it’s difficult to see how Network can be any sort of vehicle to inspire conversation or change.

It’s in this respect that theatre remains a frustratingly exclusive beast, with cinema an altogether more accessible platform on which to challenge social attitudes. While this outing for Lumet’s classic film is a thoughtful and enjoyable update, there’s a distinct sense we’ve seen it all before, and the tragedy is, no one’s really tuning in.

Network plays at the National Theatre until 24 March. The run is sold out, but tickets are still available through Day Seats and Friday Rush.