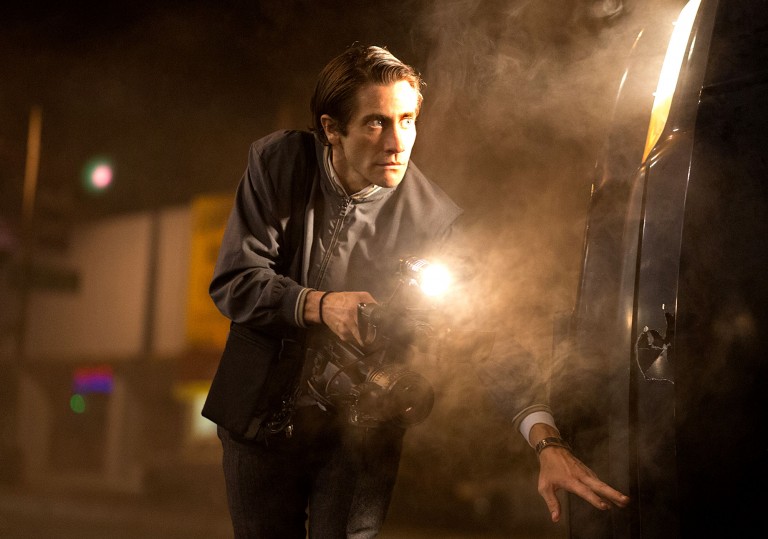 Unknown director but Jake Gyllenhaal is always worth a punt.

A monster movie for the modern age.

Cynical to a fault.

If the most effective horror movies are those that quantify a monster in terms of its deformity and destructiveness, then Nightcrawler is the most chilling film to hit cinemas this Halloween. Writer/director Dan Gilroy’s impressive debut feature is part Gothic fiction, part LA noir – all dread dripped and shadow cloaked. It is also, beneath its slick, icy surface, one of the most caustic, acutely-observed social satires of recent times.

In the City of Angels, a demon is stirring. We meet Lou Bloom (a gaunt, gabby Jake Gyllenhaal) on the wrong side of the tracks, moments before he carries out a violent assault on a security guard with unflinching ferocity. Soon after he pulls over beside a smouldering car on the freeway, his gaze switching from the family being pulled from the wreckage to the TV camera crew that shows up to capture the grisly incident. Spying a career opportunity, Bloom equips himself with a budget camcorder and a police radio scanner; before long he’s hurtling around town like a man possessed without ever arriving on the scene early enough to trouble the competition – namely Bill Paxton’s brash, self-styled “nightcrawler”.

After tipping the odds in his favour, Bloom lands a freelance gig at a local TV news station, where his enthusiasm and graphic footage grab the attention of Rene Russo’s ratings-hungry production manager. Her ruthless streak fuels his obsessive nature, just as his eye for explicit detail engenders a flagrant disregard for journalistic ethics in her. To begin with, theirs is a mutually beneficial relationship, but fatefully the power balance is about to take a pronounced shift.

From the opening scene, it’s clear that Bloom is someone who is used to operating on the margins of society. What’s less clear is who this guy is – we don’t know where he’s from, what he does, where he sleeps at night, nothing. It’s arguable, however, that we’re given all the information we need. Specifically, that this sinister character is driven by an overpowering urge to find his place in the world. In this respect, Gyllenhaal’s neurotic performance is his most powerfully understated to date. This is Jake Gyllenhaal, remember – loveable Jake! – who even when he’s playing complex, emotionally stunted characters does so with a degree of humanity. Not so here.

Like a clean-cut Travis Bickle, Bloom is instantly identifiable as a uniquely cinematic anti-hero, an outsider so detached from the reality he is apparently trying to fit into that he doesn’t recognise the basic principles that apply within it. Regardless of the fact he’s a quick learner with a well rehearsed sales pitch, having such a dysfunctional personality would surely negate any business acumen or skills he might otherwise be able to utilise. Yet in spite of his sociopathic tendencies, Bloom’s ability to rig the system and seduce those in positions of authority allows him to get ahead. It’s this duality that makes Nightcrawler so authentically disturbing.

Bloom’s compulsive, increasingly psychotic behaviour is symptomatic of a society that consistently rewards greed and punishes empathy. This is best represented through Riz Ahmed’s meek apprentice-cum-sidekick, Rick, who rides shotgun as Bloom schemes his way to the top, never once managing to intervene despite recognising his employer as a man of questionable morals. Hapless and easily manipulated, Rick is literally a passenger in Bloom’s sick fantasy, his passivity manifested in every bloody crime scene the pair fixes their lens on. If we’re supposed to be repulsed by Bloom, however, that doesn’t mean we’re necessarily on Rick’s side. At least, we shouldn’t feel comfortable in his shoes. Because when someone is willing to turn a blind eye to sin and corruption for the sake of a few quick bucks, you have to ask: who’s the real monster?

We leave Bloom at narrative crossroads. By all logic his twisted interpretation of the American Dream should be starting to come unstuck by now, his upward mobility at risk of being stunted by his social maladjustment. But Gilroy can’t resist taking Bloom, and the audience, deeper into the night. It’s here that Nightcrawler arrives at its most cynical, unsettling truth. Bloom is the product of a generation that was sold short by the one that preceded it, and yet still feels entitled to everything that was promised to it. As such he’s learned — through unlawful means or otherwise – that if you want to reach the top of the mountain you’ve got to be prepared to cut a few ropes along the way.

Unknown director but Jake Gyllenhaal is always worth a punt.

A monster movie for the modern age.

Cynical to a fault. 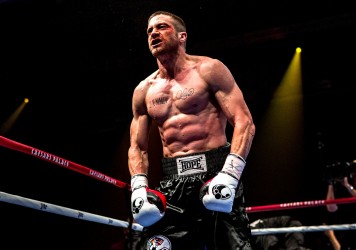