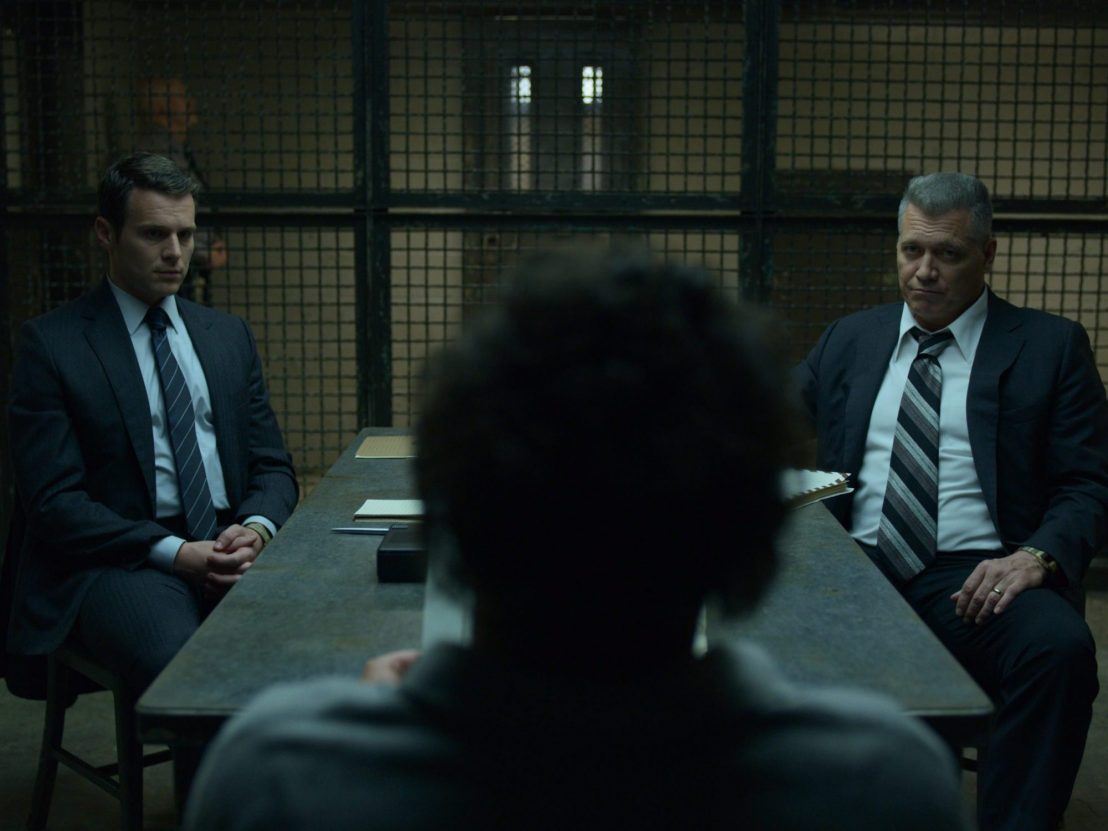 The public’s hunger for true-crime entertainment will never be fully sated, but the second season of Netflix’s hit David Fincher-produced series MINDHUNTER will do quite nicely when it debuts on 16 August. Until then, however, fans will have to settle for an expectedly cryptic promotional campaign for a show preoccupied with code-cracking.

Netflix offered members of the press the chance to select eight stills from an array of dozens and dozens available for download, compiling a sort of pseudo-case file to tease the new episodes. Following much brow-furrowed consideration, we’ve deemed the following images the most telling for the impending tromp back into the darkest corners of the human psyche. 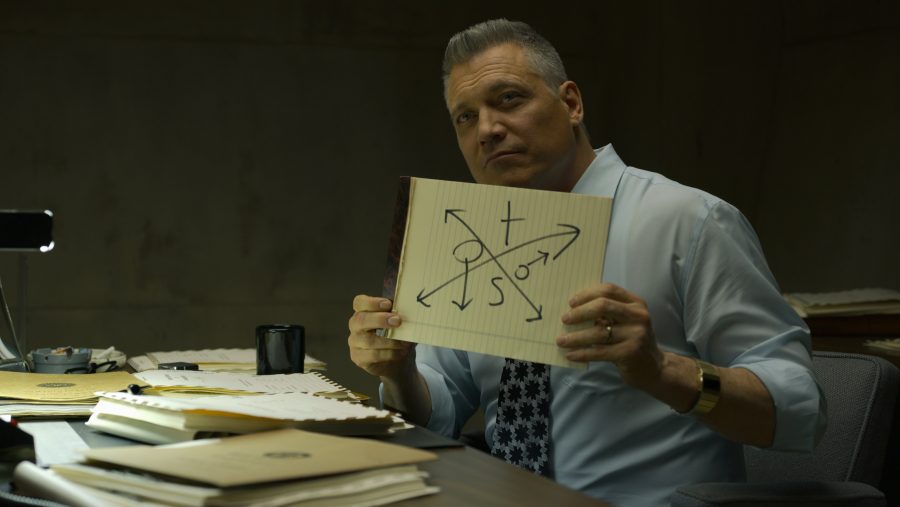 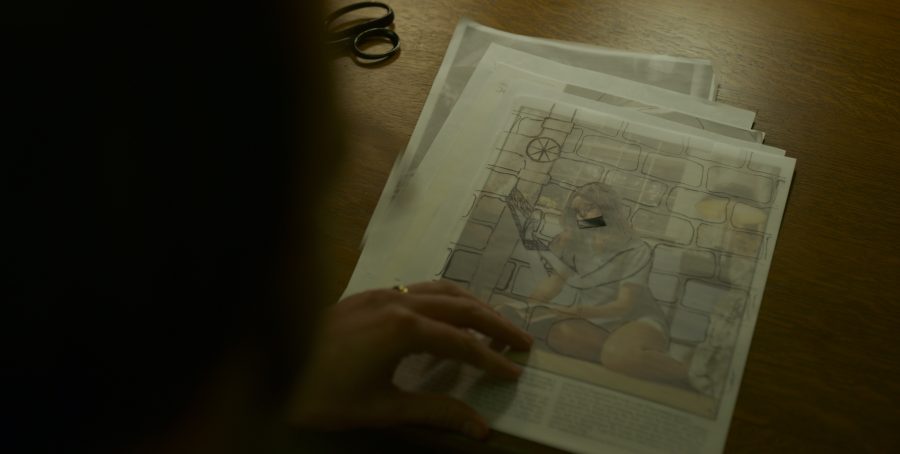 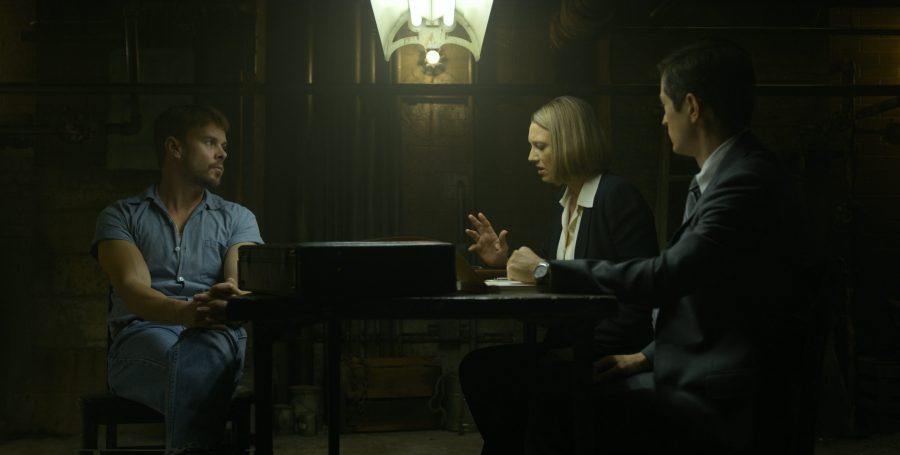 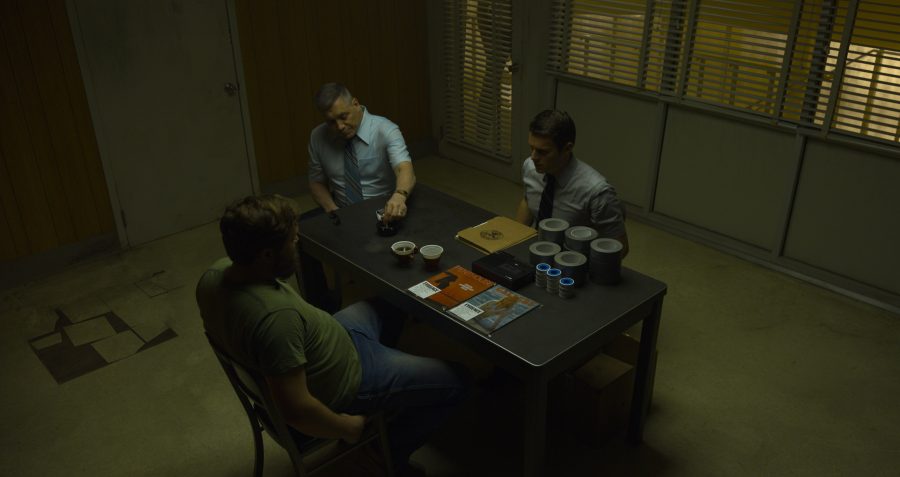 Jonathan Groff’s special agent Holden Ford hauls a crucifix ahead of a procession filled with grieving members of the African-American community; there’s been a tragedy, and he wants to make good. The production design team hauls out the big guns for some marquee eye candy advertising notable releases of the day. Holden’s fellow agent Bill Tench (Holt McCallany) brandishes a notepad on which he’s sketched a significant insignia of some kind. A mysterious tracing contains an inscrutable clue.

Anna Torv returns as psychology expert Wendy Carr, assisting the FBI in a profile. Two objects leave a disturbing impression: an outline of a body in white on a cement floor, and a rope tied around a doorknob for some undoubtedly nefarious purpose. And of course, Ford and Tench assume the classic pose of interrogation as they lay out evidence before a suspect.

Netflix’s promotion also contained a trailer, surely soon to be released, in which a rather familiar face makes a brief appearance…

The second season of MINDHUNTER comes to Netflix worldwide on 16 August.