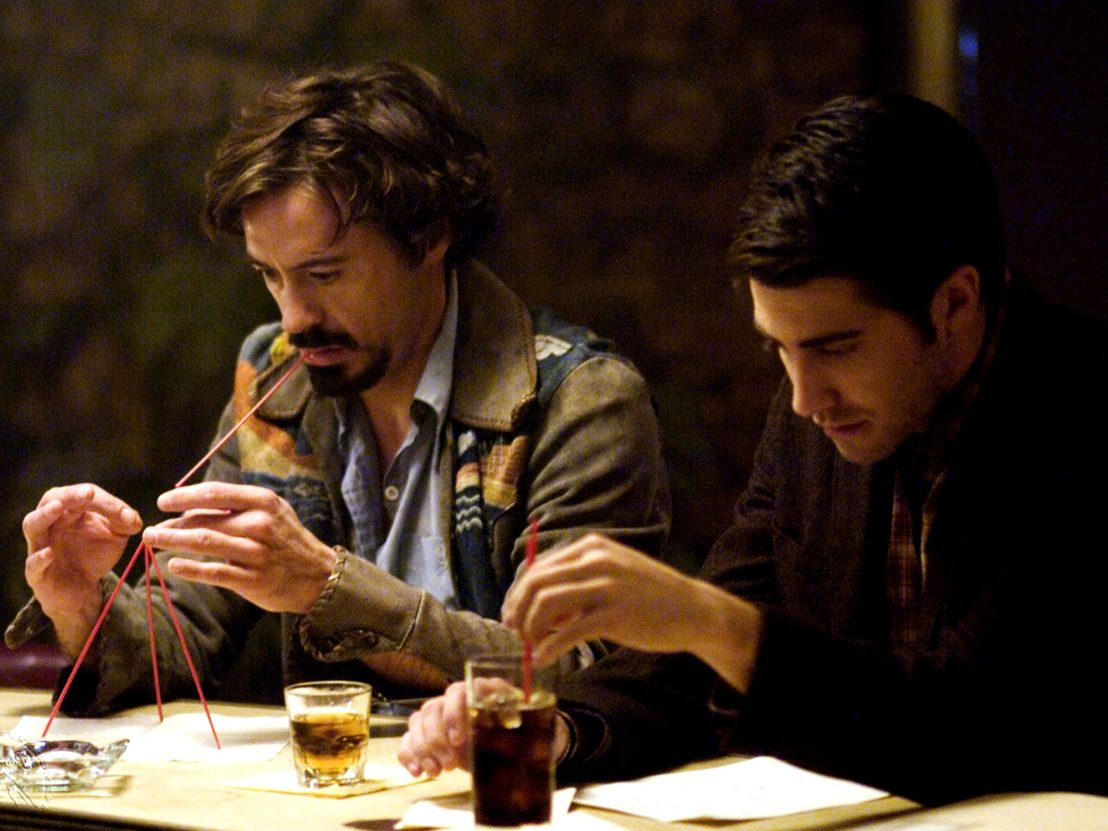 Fireworks pop in the night sky over the San Francisco Bay Area. A Chevrolet Corvair – windows down, ‘Easy to be Hard’ pouring from the stereo – rolls through a Vallejo suburb humming with 4th of July festivities. Married waitress Darlene Ferrin picks up her friend Michael Mageau and they drive together to a Mr Ed’s restaurant for burgers and fries. It’s too crowded, so they carry on to a quiet lovers’ lane on the edge of town.

There, a gang of rowdy jocks in a pickup hurl firecrackers at Darlene’s bumper; Michael shouts bravely from the window: “Fuck off and die.” Another car emerges from the dark Columbus Parkway, lingers for a moment behind the Corvair and pulls away. Seconds later, it screeches to a halt, swings one-eighty and returns. A figure walks calmly from the driver’s side of the vehicle to the passenger’s side of Darlene’s. He flashes a torch in Michael’s face and unleashes a deluge from a 9mm Luger. So begins Zodiac, a cool and compelling true-crime thriller that turns ten this month and remains David Fincher’s best.

The Zodiac Killer rose to fame in 1969 when, immediately following the shooting of Ferrin and Mageau in the parking lot at Blue Rock Springs, the Vallejo Police Department received an anonymous phone call. In a slow and rehearsed monotone, the caller confessed to the night’s crimes and also took credit for the murders of two high school students the year before. Three weeks later, three San Francisco papers each received a letter containing one third of a cryptogram that the sender, who later called himself “the Zodiac”, said would, if solved, reveal his identity.

It didn’t. Subsequent letters detailing unreleased information about the crimes did, however, seem to confirm his culpability, and a modern-day Jack the Ripper-like exchange ensued. It’s as if the Big Smoke of the Victorian era had collided and merged with the free-loving Fog City. The mysterious correspondent laid claim to as many as 37 homicides between 1968 and 1974 and delivered a catalogue of hideous threats to the public, including one particularly menacing remark: “I think I shall wipe out a school bus some morning. Just shoot out the front tire [and] then pick off the kiddies as they come bouncing out.”

Fincher grew up in the Bay Area at the time of the Zodiac’s reign of terror and has previously recalled how a patrol car once trailed his bus journey to school. When he asked his father why, he had the Zodiac’s blood-curdling threats relayed to him. He also remembers the day his parents packed up and moved away, and he watched his hometown disappear through the back window, wondering whether or not the police had ever caught “that Zodiac guy” – the boogieman who taunted the authorities and tormented the public for so long.

As such, Zodiac seems a project close to its director’s heart – a strange notion, given its morbid content. But Fincher is no ordinary director, especially when it comes to thrillers, and his 2007 offering is the perfect illustration of his singular mastery of the genre. He operates as much like a murder investigator as a filmmaker, taking a meticulous, even obsessive approach, with extraordinary attention to detail. Every inch counts, as demonstrated by the strange fact he had real trees erected at one of the murder scenes in order to correct the slightly altered topography and achieve his desired level of authenticity. There’s also the exquisite visual style that captures the era beautifully; take, for instance, the tangerine carpet and matching paint job of a movie-theatre foyer. 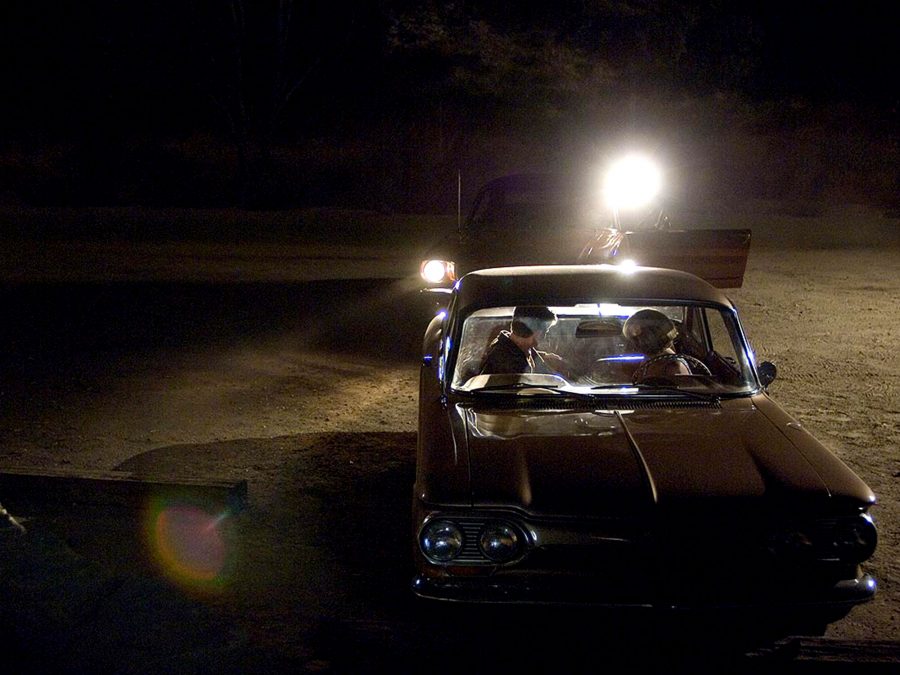 The film tells the story from the points of view of those caught up in the storm: Robert Graysmith, a cartoonist at the San Francisco Chronicle – and a true-crime enthusiast with a passion for puzzles – who became wholly immersed in the case; Graysmith’s friend and colleague Paul Avery, a boozy, eccentric journalist who covered the Zodiac and was the direct recipient of one of his letters; and Dave Toschi and his partner, the homicide inspectors charged with catching the killer and freeing the state of his fury.

Following the murder and serious wounding of Ferrin and Mageau, respectively, Fincher focuses on the succeeding crimes that the authorities were confident the Zodiac perpetrated: the stabbing of a young couple at Lake Berryessa and the execution of cab-driver Paul Stine in Presidio Heights. Coupled with the letters and terrifying threats therein, the events stirred the Bay Area into a state of frenzy, which Fincher portrays perfectly.

The first part of the film is structured almost like a disaster movie: it’s as if something apocalyptic is happening. Constant reminders of how much time has past since the last murder, or letter to the press, serve to ramp up the anxiety. Public dread grows like a tidal wave approaching the San Francisco shoreline. At one point, Graysmith is driving along with his kid, switching radio stations in a futile attempt to escape news of the Zodiac, when suddenly a helicopter propeller starts hammering in the skies above, hinting at the extent of the moral panic taking hold.

Then it slows down, at least as far as the general population is concerned, with Graysmith, Avery and Toschi left treading in the wake. Cue the film’s meat: 2000-plus suspects, communication lapses between police jurisdictions, new letters, warrant applications, fake letters, red herrings, umpteen handwriting tests, relationship breakdowns, alcoholism and obsession – complete and utter obsession. While Toschi and Avery eventually fall by the wayside, Graysmith, free from the administrative pressures placed on the others, continues the investigation with the intention of writing a book – laying out all the evidence in the hope that, if not him or the police, the public will solve the case.

The book sold millions and reignited interest in the Zodiac, but it took its toll. Graysmith, for all intents and purposes, wrote himself into the narrative, even more so than Avery before him. With an apartment packed to the rafters with files, ciphers and all the junk in between theories, the cartoonist commits himself body and soul to the project. It’s almost inevitable that the killer would start to call, wheezing down the line in the early hours. But Graysmith is not to be deterred; he wants only to “look him in the eye and… know that it’s him.” 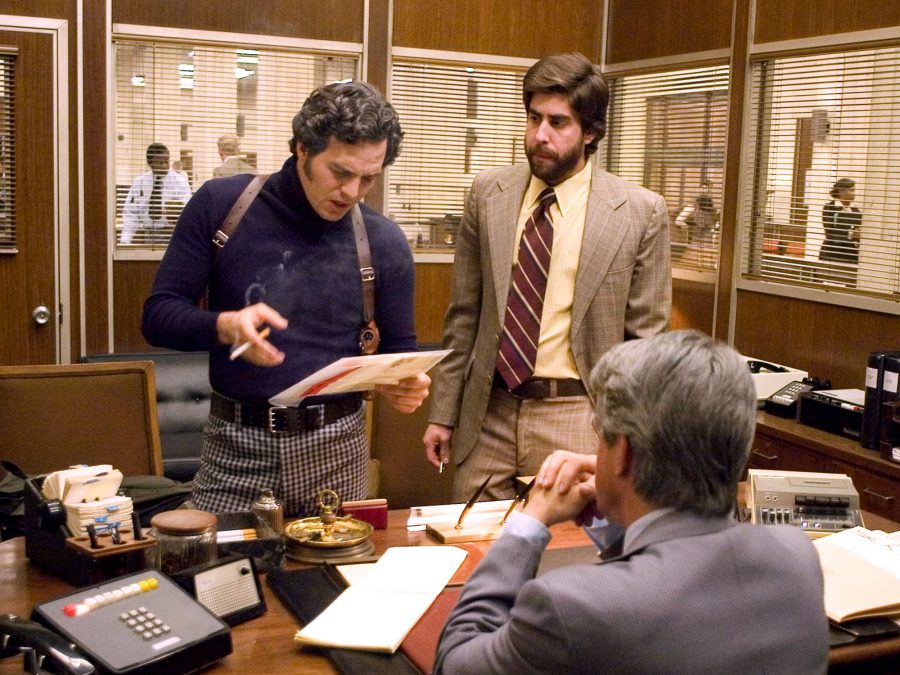 This accidental and invigorating meta element is heightened by the roles of film and literature as motivation for the Zodiac. His crimes were inspired by ‘The Most Dangerous Game’, a 1924 Richard Connell short story that was made into a movie in 1932. The point of the story, which is about a hunter who grows so bored of killing animals that he turns his attention to people, is that “man is the most dangerous animal of all”. In one of his letters, the Zodiac also refers to Terrence Malick’s Badlands; in another he asks who will play him in the movie he’s waiting for; and then there’s Dirty Harry, which drew on the Zodiac case in 1971.

Cultural representations and collective participation are integral to the Zodiac’s tale; and it’s as if Fincher took up the baton from Graysmith, assuming responsibility for generating new interest and even, if some reports are to be believed, uncovering new evidence. Like Graysmith, Fincher – who had total, unprecedented access to the case files – points his finger most accusingly at Arthur Leigh Allen, a creepy deviant with heaps of circumstantial proof stacked against him. In one of the film’s best scenes, Toschi and company question him in a rundown, industrial cafeteria of some Vallejo oil company. The encounter peaks with the suspect’s chilling declaration: “I’m not the Zodiac, and if I was I certainly wouldn’t tell you.”

Though horrifying, Fincher’s depiction of Allen is essentially down-to-earth and realistic. It manages – assuming, perhaps naively, that he was guilty – to crack at least part of the mythical exterior of the Zodiac, making the monster almost human, pathetically so. It’s one of the most interesting aspects of the film.

Performance-wise, Jake Gyllenhaal is excellent as Graysmith, the bleary-eyed, inordinately driven former Eagle Scout, while Robert Downey Jr is at his sardonic – and eventually skittish and paranoid – best as Avery. The dialogue between the two brings considerable warmth to this otherwise cold, talk-heavy case file study. But it’s Ruffalo, in his usual peripheral part, who steals the show with his portrayal of the charismatic Toschi. He’s done the affable-but-determined detective very well before – in Jane Campion’s In the Cut, no less – but here he’s exceptional.

Zodiac, then, is a film in which near enough everything works. It’s a murder mystery about what happens when equilibrium is not restored. It’s anti-Holmes, anti-Marple and anti-Marlowe: it’s anti-make believe. This is real, and when the real is as gripping and terrifying as the story of the Zodiac Killer, it enthrals in a way that fiction can’t. You may have to go as far back as Richard Brooks’ ‘In Cold Blood’ to find a superior true-crime thriller. A decade since its release, Zodiac is still David Fincher’s masterpiece.