The actress has been conspicuously absent from our screens since breaking out in Steve McQueen’s 12 Years a Slave. 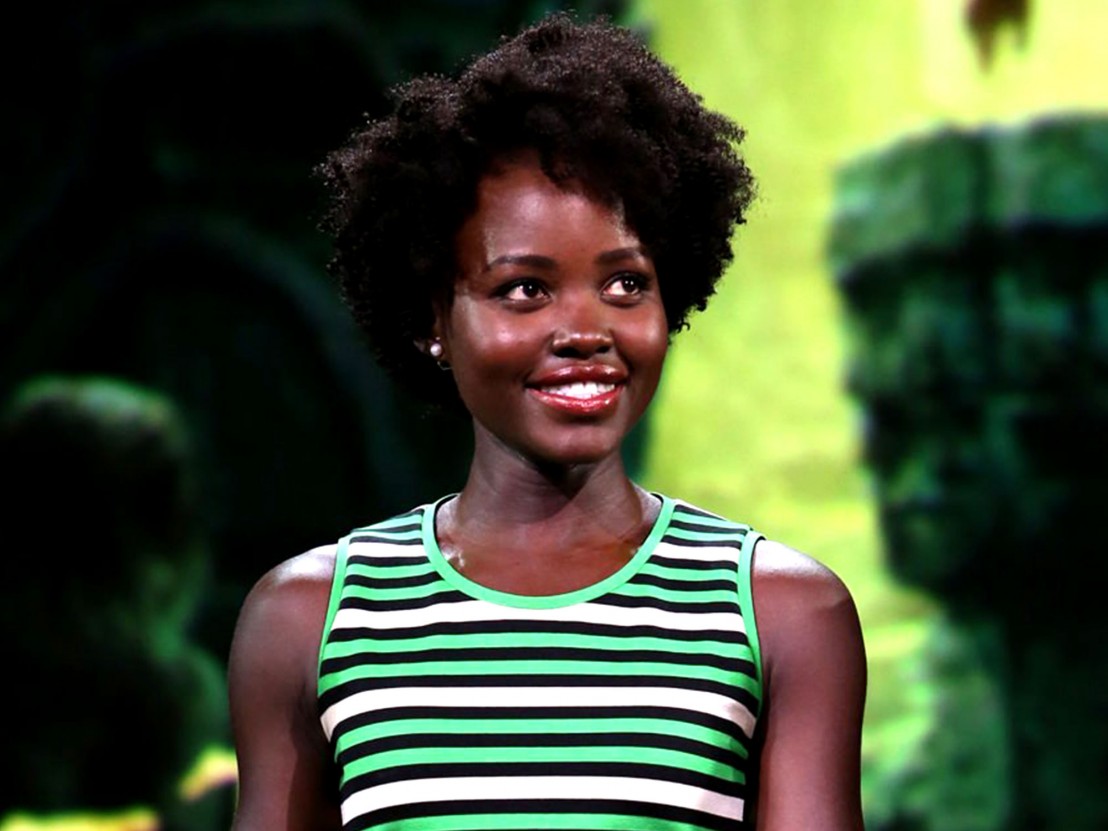 Two years after winning the Oscar for Best Supporting Actress for 12 Years a Slave, Lupita Nyong’o is nowhere to be seen. She’s still in movies, but has the curious distinction of not actually being ‘in’ movies. For the second time in four months, she’s been confined to an entirely digital performance – first as a CGI alien in Star Wars: The Force Awakens and now as a wolf in Jon Favreau’s The Jungle Book. By the time Nyong’o finally makes her live-action return this September in Mira Nair’s Queen of Katwe, it will have been nearly two-and-a-half years since she was last on-screen.

Around the release of 12 Years a Slave, Nyong’o was that rarest thing in Hollywood – a non-white actress being excitedly proclaimed The Next Big Thing. Awards season has long acted as a sort of Tinseltown debutante ball, those strange, regressive ceremonies typically glimpsed in Tatler society pages. The likes of Jennifer Lawrence, Felicity Jones and Alicia Vikander all stem from here – young, beautiful, white women seemingly plucked from obscurity and groomed for future stardom, trailed by a flurry of fashion press, the pick of the hottest scripts, and effusive ego-massaging courtesy of a high-profile male producer.

For a while, Nyong’o’s seemed to be on a similar trajectory. She graced magazine covers and regularly appeared on best-dressed lists, and was quickly snapped up as a spokesperson for Lancôme. “This is a great launch for her,” said her 12 Years a Slave co-star Alfre Woodard in 2013. “She’s not only very gifted as an actor, but she’s very intelligent as a woman, she’s very beautiful, and she’s very African.” But Woodard put added emphasis on her race when speaking of Nyong’o’s future, continuing, “If she was Caucasian, we know she’d be set. We’ve been talking about it for years, but we’ll be face to face with it and unable to deny it when she’s as talented, as beautiful, and as dark brown as she is. So we’ll see.”

Nyong’o has spoken of her delight at getting the opportunity to play computer-generated characters, telling Buzzfeed of the “liberation in being able to play in a medium where my body was not the thing in question.” But it feeds into a recurring trend in Nyong’o’s latest work. And when it comes to playing humans, she appears to only be in contention when the character is described as black on paper. In 2015’s Southpaw, she wasn’t considered for the role of Jake Gyllenhaal’s glamorous wife, but rather that of an inner-city Detroit social worker, a part that ultimately went to Naomie Harris.

To strike a parallel, Margot Robbie started turning heads during the same awards season as Nyong’o. But while Robbie has rapidly climbed to the top of the Hollywood A-list, playing everything from Harley Quinn to Tonya Harding to Tarzan’s Jane, Nyong’o remains an elusive screen presence. (It’s worth noting at this point that another immensely talented young black actress, Gugu Mbatha-Raw, is voicing a feather duster in Disney’s Beauty and the Beast update; Emma Watson is playing Belle.)

Of course, the lack of post-Oscar roles for non-white actors is nothing new. Taraji P Henson found herself struggling for parts following her 2009 nomination for The Curious Case of Benjamin Button – unlike her fellow nominees. She told Uptown Magazine, “I used to have this crazy thing with Amy Adams, and I love Amy Adams. You see her [consistently] getting nominated, as she should, because Amy does good work. But, it’s like, ‘Well, I did good work too.’” When asked why she chose a Tyler Perry picture for her first post-Oscar project, she confessed that he was the only director that called.

Nyong’o is currently earning raves on Broadway, and since 2014 has been busy developing an adaptation of Chimamanda Ngozi Adichie’s novel ‘Americanah’. She’s also attached to Ava DuVernay’s upcoming sci-fi drama Intelligent Life. But there is a small, curious asterisk attached to her involvement: her character, once again, is an alien.

With her name appearing in the credits of two big studio releases in such quick succession, it might seem like Nyong’o has managed to pass the velvet rope and successfully nab a spot in Hollywood’s VIP room. Take a closer look, however, and it’s a room populated with elephants.