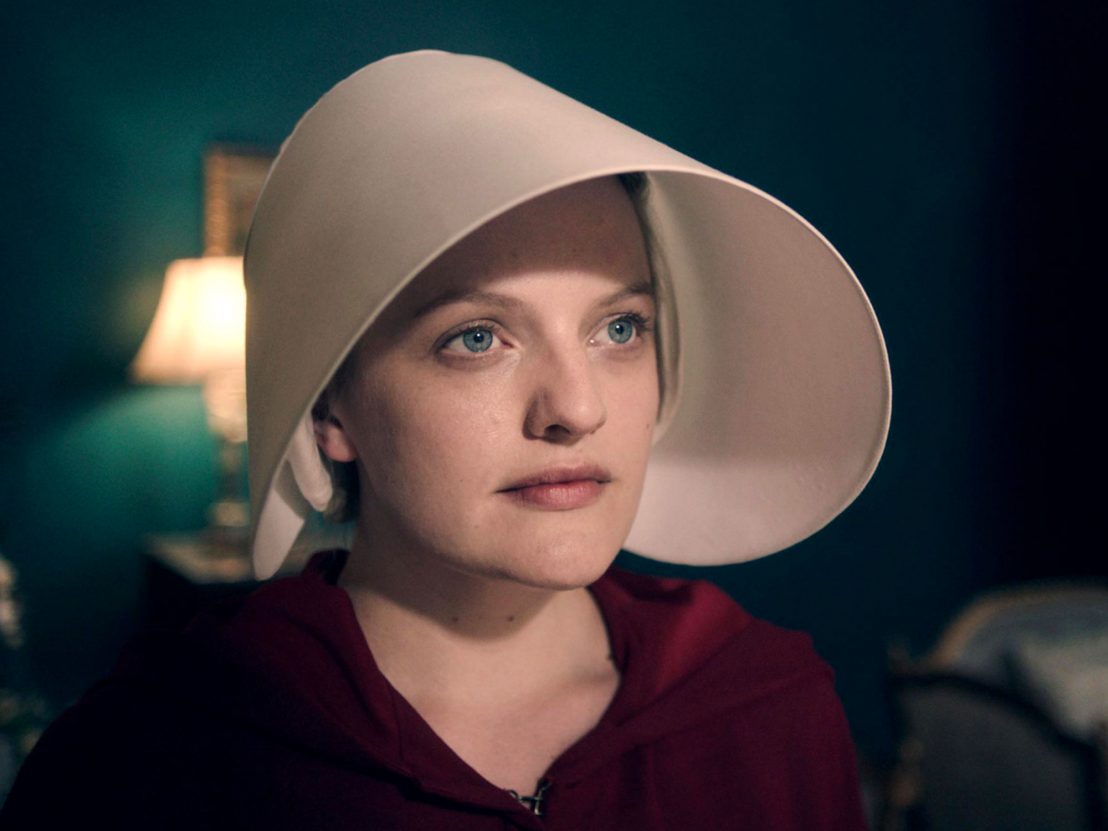 There’s a scene in the third episode of The Handmaid’s Tale that encapsulates the show’s strength – and that strength stems from the unique and intoxicating brilliance of Elisabeth Moss. It’s a quiet moment in which June (Moss), her best friend and her husband casually ponder the deterioration of the society they belong to. With their bank accounts frozen and no legal right to own property, women are being forced into gradual subservience at the hands of a patriarchal superstructure.

Over the course of the conversation, Moss manages to convey a quiet terror while simultaneously entertaining a sort of wry irony – it’s the stoic, familiar sort of irony put forward by strong women in the face of danger. This is where her genius lies. That combination of fear and defiance is so palpable and so authentic that you can’t help but imagine it etched onto the faces of women you know.

Adapting Margaret Atwood’s feminist classic ‘The Handmaid’s Tale’ was always going to prove thorny ground; the novel rose quickly to cult classic status, which meant that the TV adaptation was never short of expectations to live up to. In Trump’s era, a dystopian society balancing precariously on a foundation of political unrest, terror and scaremongering never seems a far cry from reality.

On the subject of the show’s dark subject matter, Moss explained that, “you can’t have dark for dark’s sake… it was important that we could show the two sides of the coin, the dark and the light. And that as far down as you take these characters you can bring them back up and you can give them hope.”

Indeed, what’s ultimately compelling about this show is not its uncomfortable premise, stunning cinematography or masterful storytelling – it’s watching Moss offer a performance within a performance. She’s always a fearless June, hiding behind the blank mask of a subservient handmaid. It’s her complexity, the dark and the light, that both anchors and elevates this hypnotic drama, singlehandedly establishing it as one of 2017’s most fascinating televisual offerings.

An unashamed and self-professed “card-carrying feminist”, it’s heartening to watch Moss choose her projects accordingly. She affords an unspoken integrity to the women she embodies on screen, each time balancing strength and vulnerability to create the kind of female characters worthy of digging one’s teeth into. At just 15, she appeared in Girl, Interrupted alongside Winona Ryder and Angelina Jolie. At 17, she became the president’s daughter in Sorkin’s hit The West Wing. And since then? Stage shows, indie films, Hollywood blockbusters, TV miniseries – you name it, Moss has consistently delivered.

In her role as New Zealand’s detective Robin Griffin in Jane Campion’s brilliant Top of the Lake, she offers yet another career-altering performance. She picked up a well-deserved Golden Globe for her lead role in the show, the second season of which premiered at the 2017 Cannes Film Festival. As a local detective back home to visit her ailing mother, Griffin quickly becomes ensnared in a missing persons case that she can’t help but shake, even after she’s left the precinct. Old demons resurface and drama ensues. Once more, the character is refreshingly multifaceted: selfish, kind, calm, smart, and overwhelmingly naturalistic.

Ever since she breathed life into Mad Men’s Peggy, Moss has consistently been the best part of the projects she’s involved in – and still, watching her never feels as though she has anything to prove. Mastering the difficult art of saying a lot while doing seemingly little, here is an actor that is understatedly assertive, allowing the quality of her work to speak authoritatively on her behalf. And despite the impressive list of credits to her name, it feels as though she’s just getting started.