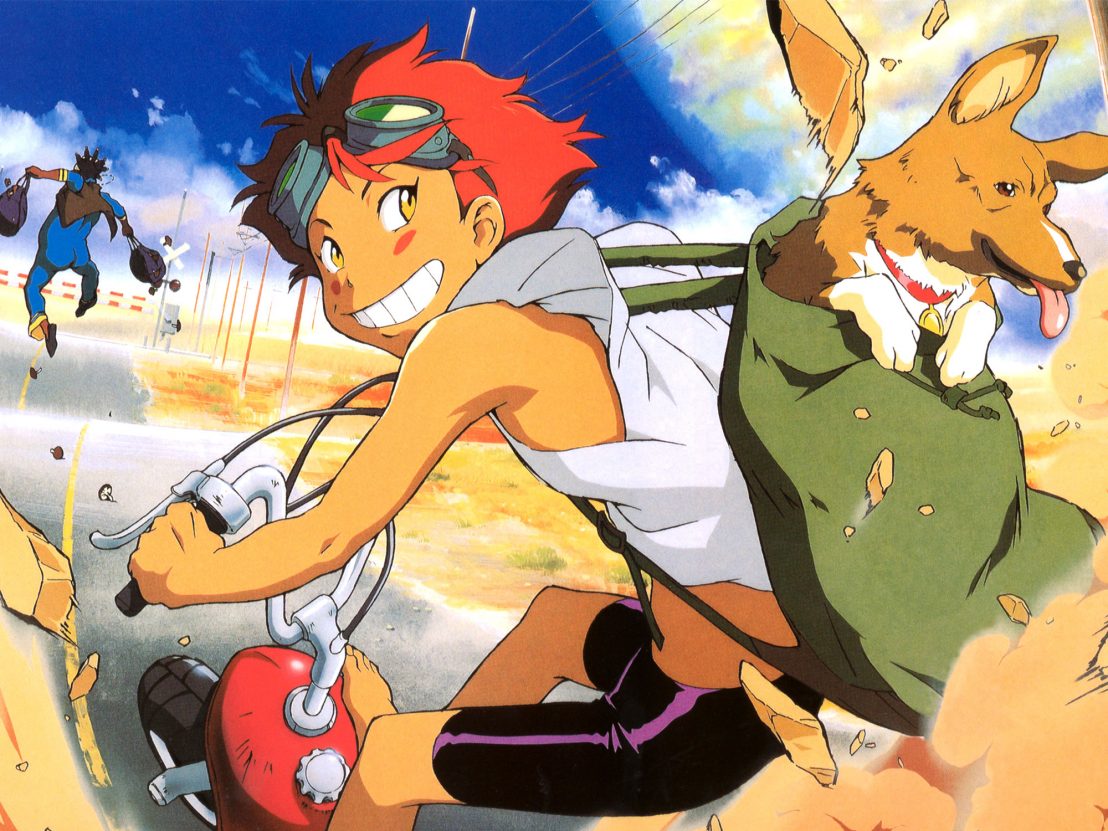 In a sly move worthy of Vicious himself, Netflix has announced a live-action remake of Shinichiro Watanabe’s singular ’90s anime, Cowboy Bebop, while all of Twitter was still celebrating the news that the equally beloved Neon Genesis Evangelion would be making its streaming debut on the service. While live-action adaptations of anime are nothing new – the Japanese have done it plenty – it is yet to yield anything truly worthwhile.

Netflix – in the UK at least – is a veritable graveyard of middling to bad anime adaptations, including Adam Wingard’s Death Note, and live-action versions of Fullmetal Alchemist and Bleach. Cowboy Bebop is the latest in a long line of anime series to get this treatment – and it might just be the choice that feels the most wrong.

Generally speaking the show is about a colourful, ragtag group of bounty hunters referred to as ‘cowboys’, who struggle to get by and get along with each other as they work through their respective traumatic pasts. Most episodes unfold as standalone vignettes, focusing on a self-contained story while slowly drip-feeding us the backstory of protagonist and laidback bounty hunter Spike Spiegel, and the world he inhabits.

Like the main character, the show is a very particular mix of tragedy, brutality laidback charm, and a zen attitude – though Spike himself is also a tragic, bitter man who ultimately finds himself unable to learn from his mistakes. Spike says on more than one occasion, “whatever happens, happens”, which could be taken either as a sign of inner peace, or simply defeat.

Born out of somewhat unlikely circumstances (it gained funding as an excuse to make toys, they spent the money on the music), Watanabe and co pulled in influences from all over the world to make something truly idiosyncratic and fresh. Cowboy Bebop is often considered ‘gateway anime’, blending anime with various aspects of Western pop culture for a unique but universally enjoyable experience. In a couple of excellent Twitter threads, filmmaker and Mandy co-writer Aaron Stewart-Ahn (who earlier this week wrote an equally good thread about Evangelion) pointed out just how much the show is tied to specific influences and creators.

Watanabe is known for sampling of variety of styles and genres: Samurai Champloo mixes Edo-period samurai action with hip-hop culture; Space Dandy bounces between genres so often it’s almost impossible to pin down. Outside of Watanabe and his writing team, perhaps Cowboy Bebop’s most important contributor is composer Yoko Kanno, who along with her band The Seatbelts, conjured up one of television’s most exciting soundtracks, and the coolest opening theme ever made.

Kanno and The Seatbelt’s score isn’t all frenetic jazz, either. Much like how Watanabe looked globally for inspiration, the show’s music comprises a wide range of genres, from blues to reggae to heavy metal and everything in between. It’s integral to the show; an irreplaceable part of its character. For the most part, each episode takes its name from a style of music showcased alongside the jazz compositions that we’ve come to expect from it.

Despite it being a multinational representation of humanity and the Western influences on the show, Watanabe has rejected the idea that America is treated as the centre of the world. One can only imagine that the show is being remade for a new US audience, and accordingly to do so flies in the face of that very point. Even ignoring this, the very nature of the work seems resistant to being remade. Remakes aren’t necessarily a bad thing, but crossing the boundary between animation and live-action is a tricky thing to get right. In most cases these endeavours are destined to fail – the Wachowskis and Takashi Miike might be the only filmmakers to have done so successfully.

There is such a strong feeling of finality to Cowboy Bebop’s last episodes that it’s clear why only one season was made (the excellent Cowboy Bebop: The Movie, from 2001, takes place between two of the later episodes). There’s also the small matter of the show’s hand-drawn action scenes, which are some of the most detailed, fluid animated sequences ever created. Recreating this with flesh-and-blood actors and all the limitations that live-action brings with it will be a challenge to say the least.

On top of this, there’s the exaggerated character body types, purposefully designed to look nothing alike, and fluid, hyper-real movement that Bebop became known for. While the series was fairly grounded, with a cast of real people it’s very possible that these distinct designs and movements will be brought all the way down to Earth, and not for the better. The show’s style, its essence, would likely be lost in a transition to live action.

But then, even in the case that this is done right, there’s simply not a huge desire or necessity for a cover version of Cowboy Bebop. It works best as a contained and singular work, to the point where reinterpreting it feels like robbing a grave, as it’s a work that feels so connected to its creators. In other hands, it’ll just feel like an homage. The original was a bittersweet, tragic story about people struggling to improve themselves that exists better alone.

In the defence of the new creators there’s some solid writing talent involved in Chris Yost, and Bebop’s structure may make it more adaptable than most anime. Having Watanabe himself onboard as a consultant can’t hurt either, but the task of stepping out of the original show (and movie)’s shadow will be nothing short of an enormous burden. In other words, they’re gonna carry that weight.