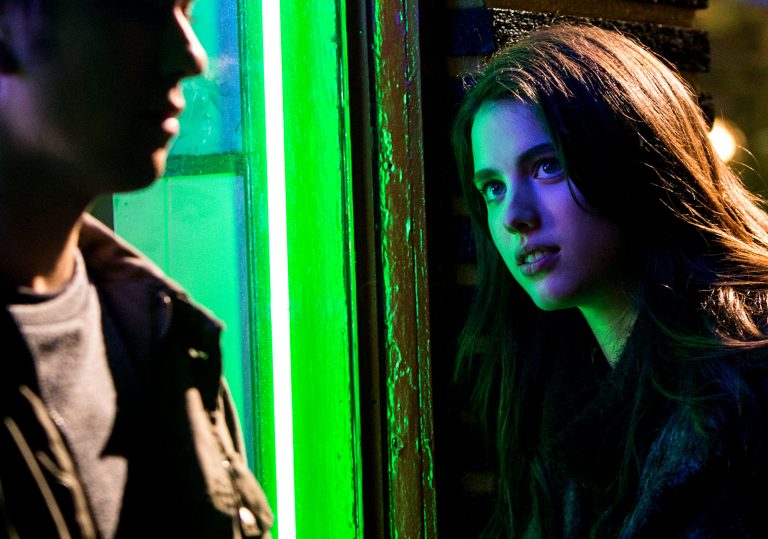 Looks like a bad idea but Adam Wingard has delivered before.

A project that feels both overdetermined and underdeveloped.

Adam Wingard strips a classic manga story of its cultural relevance in this regrettable adaptation.

The trailers for Adam Wingard’s live-action, US-set Death Note adaptation further fuelled public outcry against Hollywood whitewashing. Just a few months prior, the casting of Scarlett Johansson as Major in Rupert Sanders’ live-action Ghost in the Shell remake sparked similar controversy. Both projects have their roots in Japanese anime, and as such it proved difficult for audiences not to feel a little skeptical of these Westernised versions.

But while apologists for Ghost in the Shell can point to the fact that Masamune Shirow’s source material is set in a fictional, not specifically Japanese world, the same cannot be said of Death Note. The original manga series is explicitly Japan-set, features Japanese protagonists and draws heavily on local superstition and horror traditions. Wingard’s film is set in Seattle and features caucasian leads, but this is simply one reason why Death Note is the most convincing argument against whitewashing in recent memory.

Early scenes in the film suggest significant efforts were made to turn this culturally-specific text into something with a more ‘American’ sensibility in tone and style. In some ways this is a laudable enterprise. If filmmakers must adapt foreign material, they should either be completely faithful to it – in this case by possibly making a film set in Japan with Japanese actors speaking English – or make something that is significantly different and fresh enough to bring new and different resonances to the project, a case in point being Gore Verbinski’s Ring from 2002.

In the original ‘Death Note’ manga, a magic notebook is discovered which kills anyone whose name is written onto its pages. It is difficult to imagine any self-respecting horror movie director or producer not seeing the rich and gory potential of this Final Destination-esque premise. Wingard’s film even adds another rule to the notebook, further facilitating an aesthetic of elaborate and graphic accidents. Here, the writer must also indicate how the person is going to die.

When moody teen misfit Light Turner (Nat Wolff) discovers the book and has its methodology swiftly explained to him by accompanying monster Ryuk (voiced with relish by Willem Dafoe), he adds the word ‘decapitation’ next to the name of a high school bully. Sure enough, within moments a delightfully edited slow-mo sequence depicts the elaborate chain of events that leads to the death of the boy in a gruesome, extremely unfortunate ‘accident’. 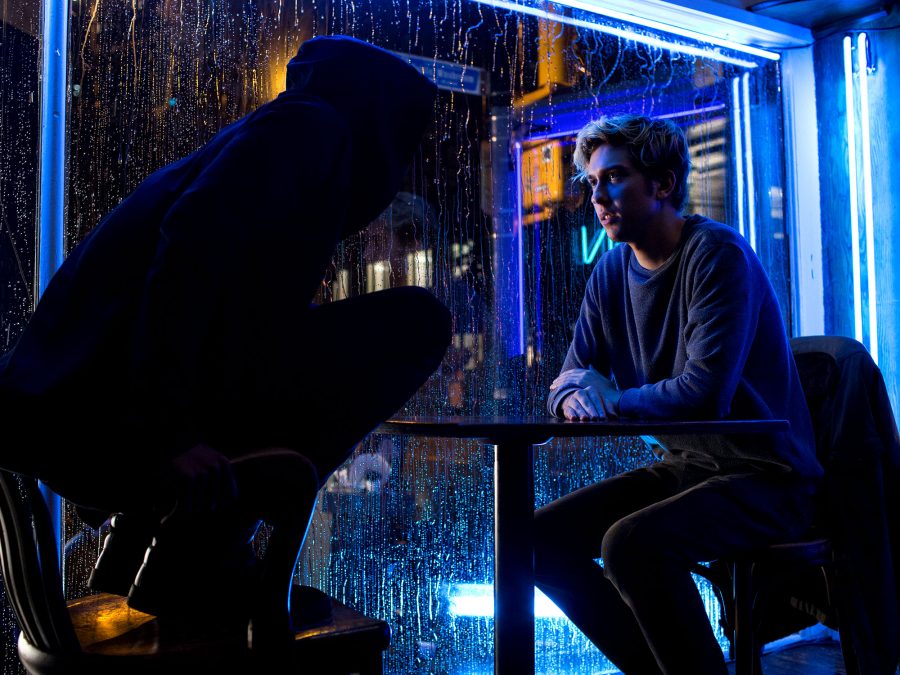 These establishing scenes are effective, with a violent energy and humour. It is only when we start following the detective work of the mysterious L (a skittish Lakeith Stanfield) in a parallel storyline that things begin to fall apart.

The existence of a deadly book and a creepy monster to guard makes sense in a Japanese context. Ryuk is in fact a Shinigami, a god that leads humans to their death and an enduring figure of Japanese culture and religion. Transported to Seattle and divorced of his cultural relevance, Ryuk is reduced to a weird looking monster that isn’t particularly scary. Neither Light nor the film itself can bring themselves to feel anything much more than awkwardness and even mild embarrassment towards this supernatural being, and what started as atmospheric quickly descends into tedious camp.

The real problem is that Wingard’s film never truly attempts to recontextualise this Japanese monster, and so its commitment to slavishly following the beats of the original story proves rather leaden and undynamic, despite all the visual flourishes and noisy musical cues. Light decides to use this notebook for ‘good,’ killing hundreds of serial killers, terrorists and murderers worldwide and thus justifying his bloodlust. A more thoughtful film might have linked this idea to America’s recent interventions in foreign countries. Instead, the emergence of the concept seems random and inorganic, its consequences underdeveloped considering the new cultural context.

The same surface-level treatment goes for Light’s arrogance in his newfound role as a god-like figure, and in his relationship with Mia (Margaret Qualley), a cheerleader fascinated by the notebook. Both are explored to a degree, but never satisfyingly. The film simply lurches from scene to scene, never finding a consistent tone or fleshed out themes. The detective plot, meanwhile, stutters in part because Stanfield’s wild performance seems to belong in an entirely different movie.

Though Death Note is great to look at, the film’s awkward relationship to the source material coupled with its crude attempts to cram vast swathes of plot into a sub-two hour runtime ultimately undermines the good work that went into its creation.

Looks like a bad idea but Adam Wingard has delivered before.

A project that feels both overdetermined and underdeveloped.