Kristen Stewart and Garrett Hedlund team up for the director’s latest literary adaption. 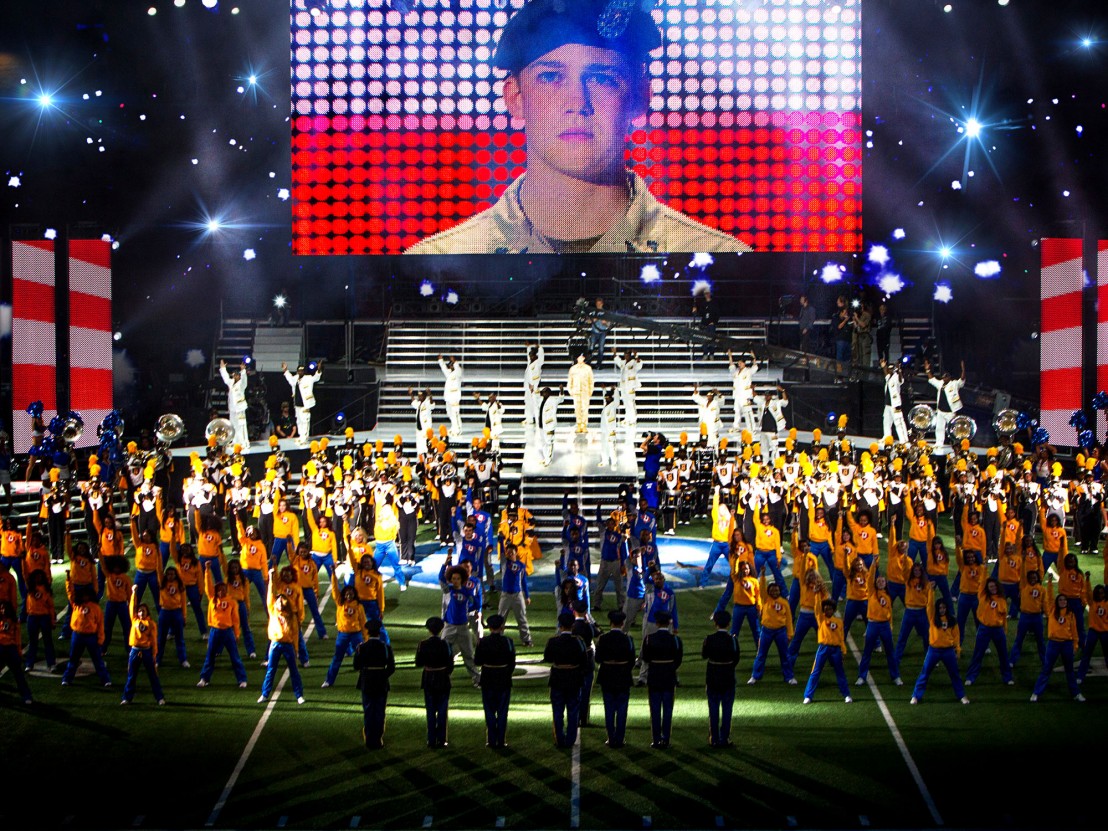 Ang Lee’s follow up to Life of Pi is an adaptation of Ben Fountain’s 2012 novel ‘Billy Lynn’s Long Halftime Walk’. It sees a young solider, played by Joe Alwyn, on leave from an Iraqi battlefield, enjoy a propaganda fuelled ‘Victory Tour’ of the US.

After Billy and his fellow Bravo Squad members receive merits for their bravery during a notoriously bloody battle, they are transported to Super Bowl Sunday, where they’re forced to adopt the appearance of a grateful group of heroes. Somewhere around the halftime show they become skewed symbols of a floundering military campaign in the Middle East.

The book was a breakthrough hit for its author, who managed to display the disgustingly brash and unsubtle mannerisms of the American media machine without destroying anyone’s notions of patriotism in the process. Billy’s inner monologue dominates the story. But brief, solemn reflections of his time in Iraq are in short supply – instead it focuses on the show, his anticipation of meeting Beyoncé and getting laid by a Dallas Cowboys’ cheerleader.

The film’s adherence to the book and its themes are not yet on trial, although initial reports are positive. Earlier this year Lee and his technical team put together a stunning sizzle reel of select footage at a conference in Las Vegas. Lee’s seminar was named ‘The Future of Cinema’, which suggests he’s looking to explore new filmmaking ground by using Billy’s sardonic viewpoint on the liberation of Iraq. And now there’s an equally encouraging trailer, which you can watch below.

Employing 3D techniques and a 120 fps frame rate during certain war zone segments, will likely illuminate, in graphic detail, the horrors of modern warfare. These set pieces will no doubt be in contrast to moments of excess and opulence, for example where Lynn is seen sitting in the Cowboys owner’s box at the Super Bowl. One attendee at Lee’s seminar commented, “Every American ought to see this; then we wouldn’t have any wars for a while.”

Billy Lynn is a misguided antihero, used to measure the distance between the realities of war and the images that are pumped into people’s homes on a 24-hour loop. The question is, will Lee’s new gizmos elevate the central message of the film? And, more pertinently, will American cinema audiences finally be granted some respite from the grimly tragic Iraq films that have plagued Hollywood of late?