Timothée Chalamet and Lucas Hedges are earning plaudits for their tender portrayals of troubled young men. 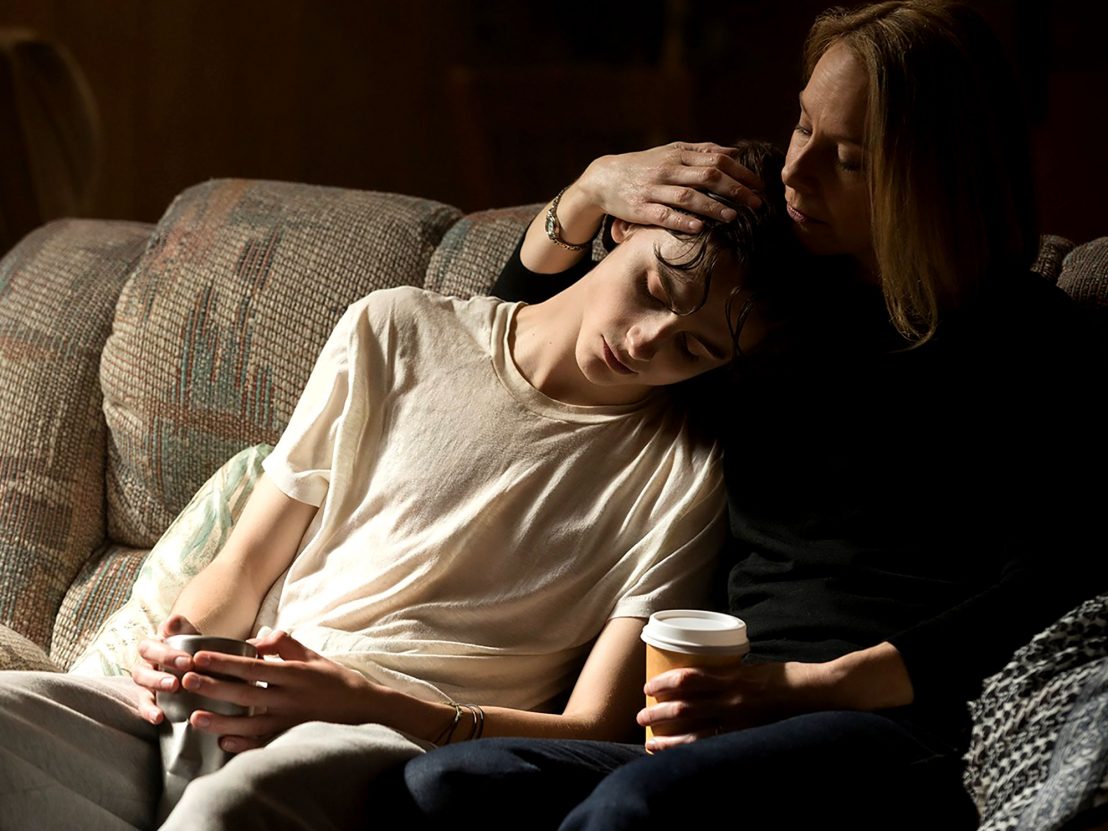 While tortured men looking for meaning and purpose in outer space feature in both First Man and High Life, from directors Damien Chazelle and Claire Denis respectively, another kind of broken male – the figure of the troubled (and beautiful) boy – looks poised to strike the most resonant chord this awards season. Two films in particular seem emblematic of a certain malaise, featuring a millennial male and his helpless family at sea in the face of his devastating addiction.

In Felix Van Groeningen’s Beautiful Boy, Timothée Chalamet plays Nic, a young man from a loving family who becomes addicted to meth and, despite the tireless efforts of his father David (Steve Carell), seems destined to end his life tragically. In Peter Hedges’ Ben Is Back, meanwhile, recovering heroin addict Ben (Lucas Hedges) returns from rehab for Christmas with his family only to become embroiled once more in drug use and leave his mother Holly (Julia Roberts) to search for him across town. 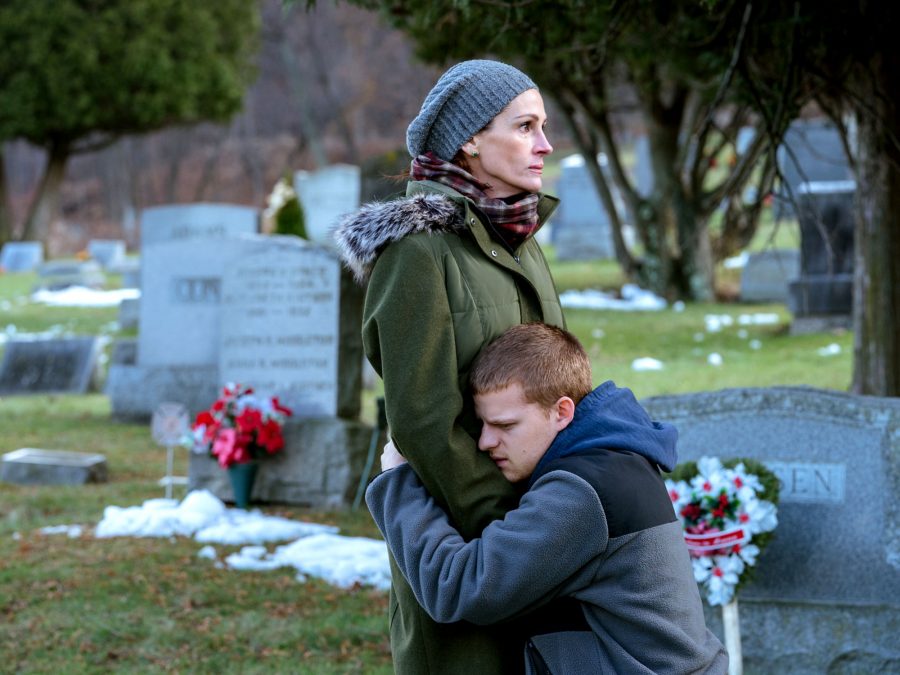 What distinguishes these two films was their singular perspective. Stories of lost children and heartbroken parents have recurred ever since Rebel Without a Cause and the heyday of the angry young man. This is primarily as a means of exploring the wrecking effects of addiction, but also a fascination with generational difference, social change and the very idea of rebellion. The narrative of the drug-addled child and the anxious parent has been a trope worked to exhaustion by TV movies and soaps.

But there exists a more interesting lineage of addiction melodramas – and more broadly parental panic films – which finds its strongest expression in the independent films of the 1970s. These films act as jumping off points to processing what Beautiful Boy and Ben Is Back will mean for audiences in the berserk social reality of 2018.

At one point in Beautiful Boy, Steve Carell’s David revisits his youthful experimentation with drugs by doing a line of coke in his office, seemingly in an attempt to get into the addled mind of his son. A similar scenario plays out in John G Avildsen’s 1970 film Joe, in which ultra-conservative parent Bill (Dennis Patrick) searches for the daughter he has lost to heroin addiction, dabbling in drug use himself along the way. Played by a young Susan Sarandon, Melissa is shown living in a hovel where her abusive boyfriend alternately feeds her drugs and beats her. It’s a bleak vision of a countercultural lifestyle at the cusp of 60s idealism and bleak post-Manson hippie squalor.

But the film is less interested in Melissa than it is in her father, a man baffled by his child’s choices and at a loss to help. Bill teams up with Joe (Peter Boyle), an embittered blue-collar worker, and together the pair venture into a dark underworld, by turns disgusted and fascinated by its sexual freedom, drug use and hedonism. In a cruel twist, Bill winds up accidentally killing his own daughter, the film’s perverse vision of family conflict finding a logical conclusion in nihilism.

These two films play on a trope that had hit the mainstream by the mid-’70s with the likes of 1974’s Death Wish: the concerned father and the victimised teen, the one embodying patriarchal power, the other frequently explicitly standing in for counter-culture. 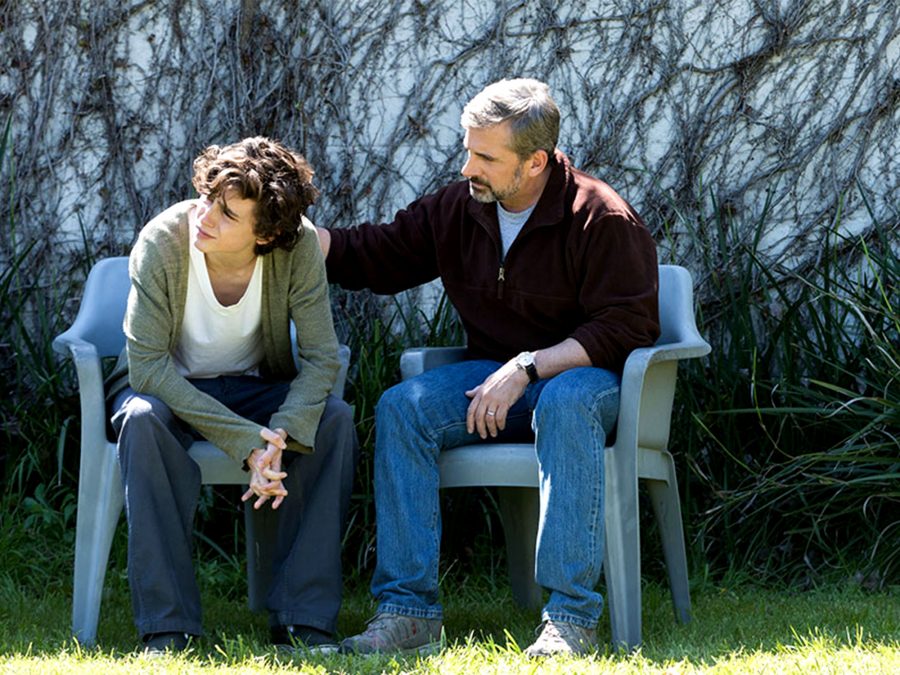 Beautiful Boy and Ben Is Back enact a quite different social reality. In these movies, there is a clear and defined enemy – addiction – and while Ben and Nic may very well be at war with their parents, there is a sense of unity and family that bypasses generational conflict or rebellion. Holly and David may be on a quest save their children, just as Bill and Jake were, but the key difference is that, without this dichotomy between conservatism and counterculture, the family unit remains the only solution to these children’s fate.

Film academic Robin Wood writes fascinatingly on the idea of ’70s horror, identifying The Texas Chain Saw Massacre, The Hills Have Eyes and The Last House on the Left as emblematic of a horror cinema where violence emerges from within family and wider social units. He contrasts this with later horror cinema, in which external threats become the driving forces of horror narratives – demons, monsters, and recurring franchise villains. His thesis is that the 1970s independent landscape presented a newly radicalised body of work which reflected a period of great upheaval and social questioning. For Wood, the era of conservatism ushered in by Reagan and the blockbuster encouraged a tacit endorsement of precisely those units which had been the thematic lifeblood of the horror new wave.

It’s a handy way of thinking about horror, but also other genres, especially those concerned with inter-generational conflict. Thinking back to the violent transgressions emerging from the family within progressive horror and independent films of the ’70s, perhaps the rather abstracted idea of ‘addiction’ in these new movies is equivalent to the external threat in the post ’70s conservative films. In this light, Nic and Ben’s relationship with drugs becomes something akin to the supernatural boogeymen of franchise horrors, a threat which must be cast out in order for harmony to be restored to the family unit.

It’s telling that neither of these films goes into much detail about acquiring narcotics or the fabric of addict communities, such affairs only hinted at as unseen horrors, framed through the horrified eyes of parental concern rather than the child’s lived experience.

The discovery of a largely apolitical threat to familial harmony – namely, substance abuse broadly divorced from the realities of drug production and procurement – is either a handy shorthand for, or deflection from, social reality. In a modernity defined by financial crisis, a popular drift towards the right, and a lack of provision for younger generations, the middle class drug abuse melodrama can either be an effective expression of a too-complex socioeconomic reality, or affirm the family as the only recourse in the face of strife. It remains to be seen whether audiences will respond to these new films as catharsis or question their lack of an explicit sociopolitical dimension. 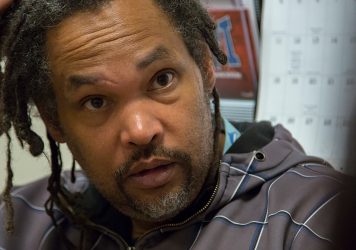