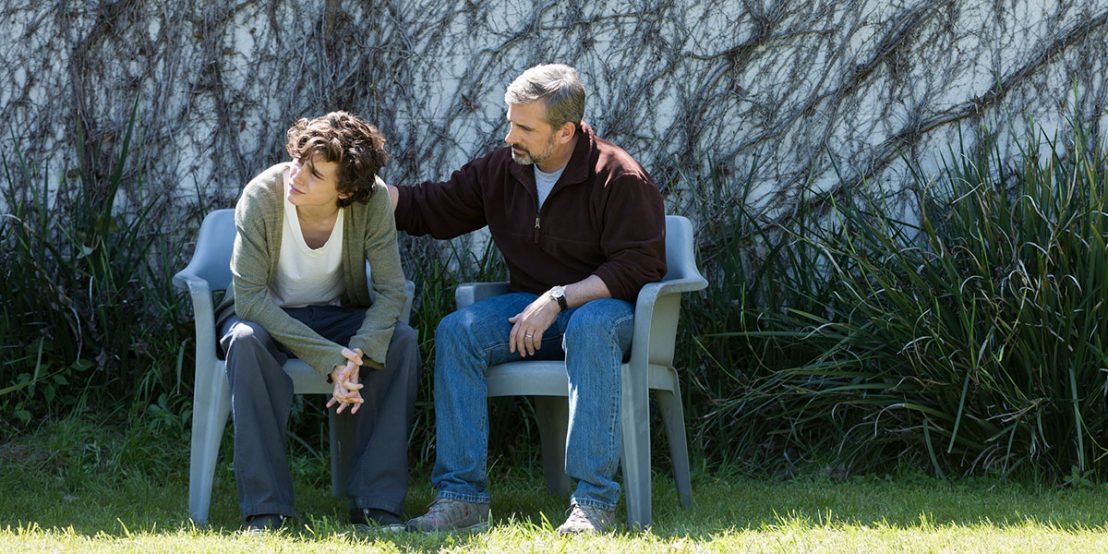 At the tender age of 22, Timothée Chalamet already has a lot to live up to. His confident turn in Call Me by Your Name launched a thousand Twitter fan accounts and earned him an Academy Award nomination. Such success so young could be a poisoned chalice – how do you follow up a performance as remarkable as that? The short answer: you head in the opposite direction.

Felix Van Groeningen’s Beautiful Boy, based on the memoirs of David Sheff and his son Nic, is a million miles from the sun-dappled piazzas of Crema. Nic Sheff (Chalamet) is a meth addict, and he spirals away from his supportive family and further towards his reliance on drugs and alcohol. His journalist father David (Steve Carrell) make sincere attempts to understand his son’s disease, but risks pushing him further away in the process as he tries to remain supportive while also pushing Nic towards rehabilitation.

David’s desire to understand his son’s addiction through factual research sees him turn to the familiar in search of the unknown. At the same time, the shame of being dependent on drugs haunts Nic in tandem with his desire for another fix. Chalamet flits between aching vulnerability and frustrated mania, a whirlwind of energy and emotion that proves his star turn last year was no fluke. Capturing the fragility of an addict without straying into manipulative sentimentality, it’s easy to root for him while also understanding the price of his destructive tendencies.

Meanwhile, Carrel proves the perfect foil, stoic as he fights his own feelings of failure in being unable to help his son see that life is worth more than the tip of a needle. The film is a delicately non-judgemental insight into the specific hell that is meth addiction, but it also serves as a moving family portrait, examining the intricacies of father-son relationships and how familial expectations can shape a person. Van Groeningen appears less interested in the causes of addiction than its effects. As Nic chases his next high, his family chase the version of him they knew before the drugs – and wrestle to let go of the idea that loving a person is enough to save their life.

Although the narrative structure itself – cycling through relapse and recovery repeatedly – is a little shaky, when viewed as a character study, Beautiful Boy is a triumph of performance and emotional nuance. Grainy flashbacks detail the Sheff family’s life before drugs, when infinite possibilities stretched out ahead of them. It’s the human cost of addiction which really hits home, and in offering no easy answers or trite sentiments, Beautiful Boy does justice to both the people fighting this affliction, and those doing everything in their power to help.