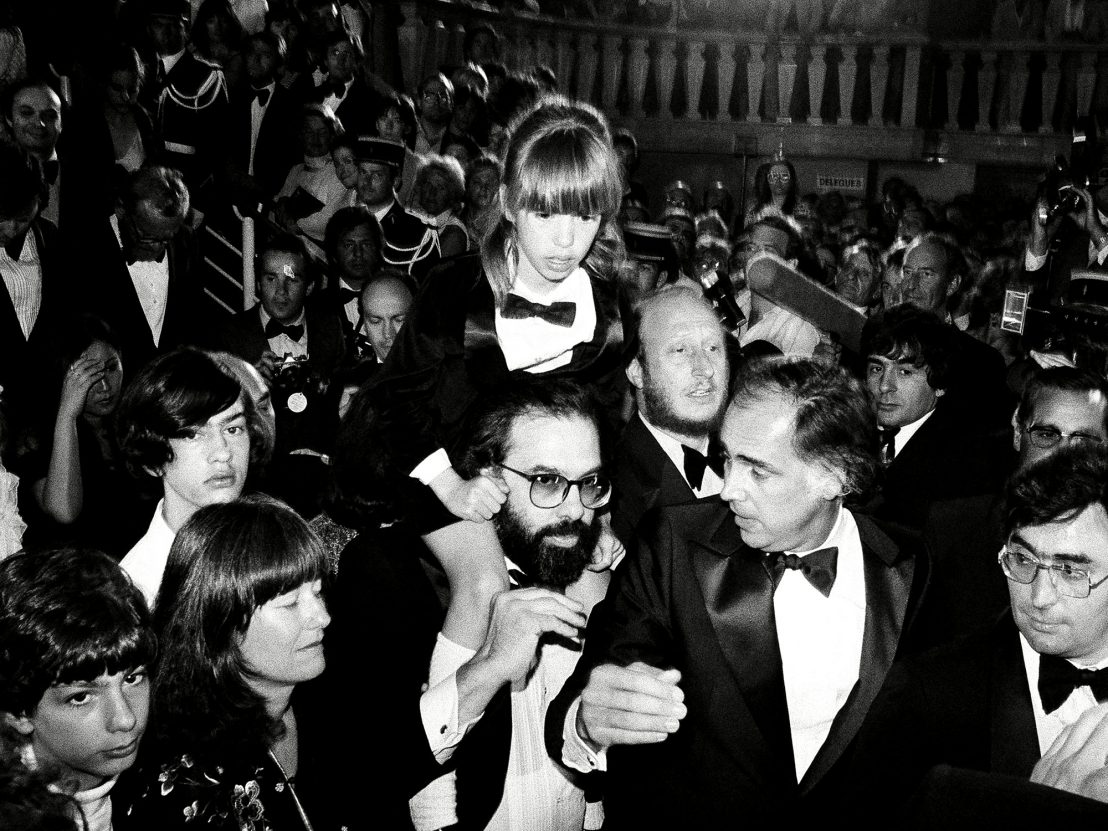 Francis Ford Coppola’s Apocalypse Now received its world premiere at the 1979 Cannes Film Festival, where, in an unprecedented move, it was screened as a “work in progress” – the first time the festival had selected an unfinished film in competition. And it was not the only precedent the film set on the Croisette that year.

Since his last visit to Cannes in 1974, when he had won the Palme d’Or for The Conversation, Coppola had been immersed in the legendarily long and difficult shoot of his Vietnam opus, followed by a marathon editing process of the many hours of footage. Expectations were high within the industry for the unveiling of the finished film, and Gilles Jacob, who had been appointed artistic director of Cannes in 1978, was keen to have it in competition at the following year’s festival.

He visited Coppola while he was in the editing room and was excited by the glimpses of footage he saw there, although the filmmaker said there was little chance of it being ready for the 1979 festival. However, Jacob continued to pursue the possibility, and offered to screen it in any form Coppola wanted, even as an unfinished work.

Coppola was initially reluctant to take the film to Cannes before the final edit was complete: he knew it was a risk because a negative response at the festival could damage the film’s future prospects. But Jacob continued to press his case, offering to waive the rule at the time which usually prevented past Palme d’Or winners from having another film play in competition for some time afterwards.

He also agreed to the many demands that would subsequently be made by Coppola and the producers as a condition for the film’s entry, including the festival flying the prints across the Atlantic, and booking a lavish yacht for the director during his Cannes stay. It was a fraught process, and Jacob lived with the ongoing threat of the film being withdrawn by the makers at any moment. But Apocalypse Now’s presence in the Cannes competition also brought huge benefits to the festival, drawing more media attention than ever before thanks to the anticipation of seeing the long-awaited film.

Billed as ‘Apocalypse Now (A Work in Progress)’ in festival publicity materials, and running for 139 minutes, the film finally premiered on 19 May, 1979. It was presented without opening or closing credits, reflecting its unfinished state, and was different in many respects from the theatrical cut Coppola would release later that year: according to the New York Times review of the Cannes cut, the original opening consisted of an impressionistic series of sound effects layered over hazy visuals.

The reviews were somewhat mixed, with opinion most divided over the last quarter of the film and Coppola’s choice of ending. But there was also enthusiasm for much of what was shown. Variety declared it was “worth the wait”, and the New York Times said: “Each minute is so packed with detail that the collective impact leaves the spectator stunned.” Following the screening, Coppola stayed on at Cannes, socialising on his yacht with Sergio Leone, among others, where he waited to see if his presence would be requested for the final awards ceremony. By now, many were tipping his film as a contender for the Palme.

But the jury were said to be less keen on Apocalypse Now. The 1979 jury president Françoise Sagan would later give an interview in which she stated that their greatest enthusiasm had actually been for Volker Schlöndorff’s Die Blechtrommel (The Tin Drum), and that all the members of the jury, with the exception of the festival’s former artistic director Maurice Bessy, wanted it to win the Palme as the festival drew to a close. However, the festival president at the time, Robert Favre Le Bret, would subsequently make a startling intervention on the issue.

According to Sagan, he summoned her to a meeting in which he told her it was in the best interests of Cannes for them to select Apocalypse Now as the winner instead, pointing to the intense media coverage gained by the festival as a result of the film’s presence. The next day, when the jury met for final deliberations, Sagan was shocked when the other members seemed to have been won round to Coppola’s film overnight, and she temporarily left the room in protest.

A compromise was eventually struck, with another vote resulting in a tie between Apocalypse Now and The Tin Drum. And so, at the ceremony on 24 May, both Coppola and Schlöndorff were summoned on stage by Catherine Deneuve to be awarded the Palme d’Or ex-aequo.

Favre Le Bret would deny Sagan’s allegations at the time, but many years later, Jacob acknowledged that the claims of influencing the jury’s decision were true. According to him, Favre Le Bret and Bessy had spent the night before the award ceremony working behind the scenes to persuade the other jurors on the merits of awarding Apocalypse Now. He declared that the lesson he took from the experience was never to interfere with the jury’s decisions: he would sit in on future discussions, but not attempt to influence the outcome.

Coppola himself had mixed feelings about the final result. The day after the awards, Jacob encountered the director exiting a limousine outside the Carlton hotel; Coppola shook his hand, but lamented: “I only received half a Palme d’Or.” However, even the shared success of the film would set another important precedent for Cannes.

The rule limiting past Palme winners from future competition slates was discarded altogether, and Coppola’s second Palme d’Or would be cited by Jacob on many occasions when encouraging past winners to continue entering films in competition. And as the multiple victories by Michael Haneke and Bille August have subsequently shown, winning one Palme is no longer a barrier to winning another.