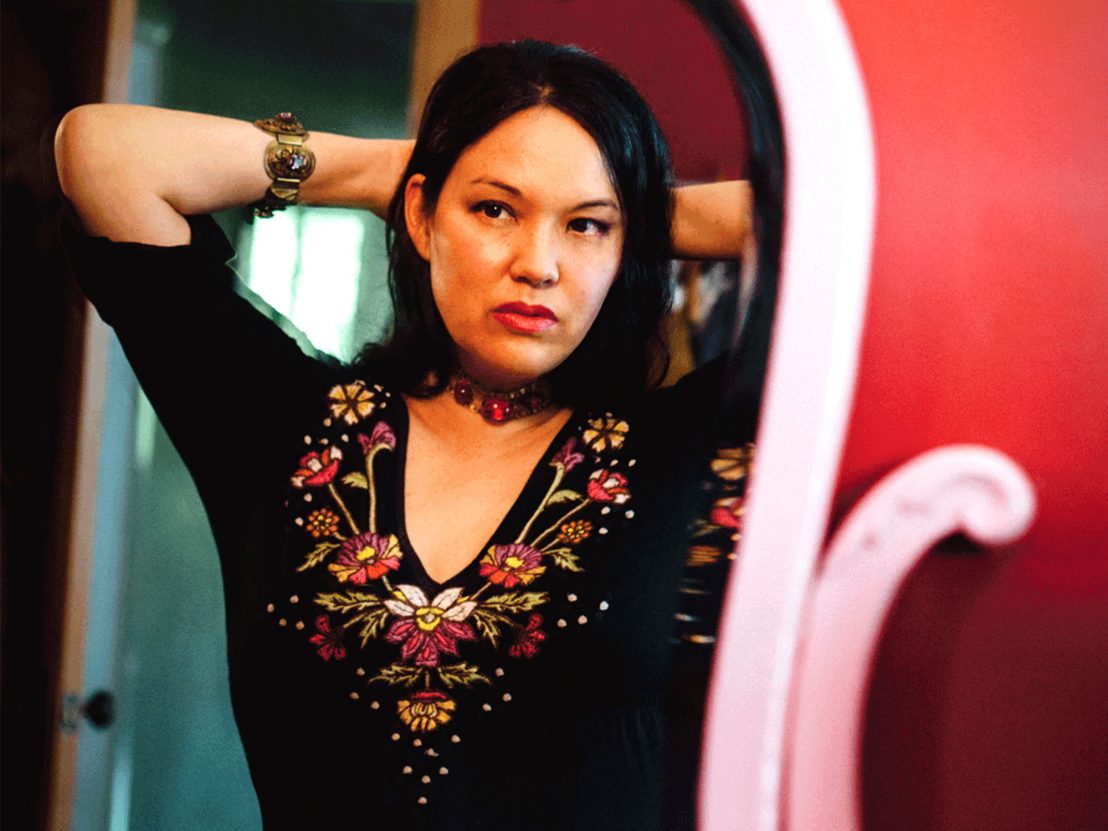 Los Angeles-based artist Anna Biller brings an obsessive level of craft to her films. Since her 1994 debut she has made four shorts and two features: ’70s sexual revolution pastiche, Viva, and The Love Witch. On all six films Biller has served as director, editor, costume and production designer. With the exception of 2001’s The Hypnotist, she writes all her own scripts. It comes as no real surprise, then, to discover a bracing intensity to the honey-voiced auteur, a ferocity beneath the tactile feminine styling of her films.

The Love Witch took seven-and-a-half years to create. It would have taken less time, says Biller, if after writing the script she hadn’t succumbed to a debilitating inner-ear infection. Dizzy spells recurred for three years, forcing the shoot to be pushed back as she filled her time creating costumes and props. “It didn’t look like I would work again,” she reflects, “it was very bad for a while.” She is a commanding presence who says the saddest things and then laughs. As we unpick the meaty themes of love, yearning, beauty and unhappiness, it’s sometimes hard to tell if she is referring to the experiences of a fictional character, womankind as a whole, or herself. Specific terms of reference feel like camouflage. But then The Love Witch is already so exposing.

“It’s a dog whistle,” Biller says of the story of Elaine (Samantha Robinson), a gorgeous witch whose desire for a man’s love has caused her to be brainwashed in terms of how she thinks, dresses, behaves and seduces. The curveball is that Elaine is a witch capable of killing men. How you read the interplay of surface and subversion is a personal issue, but what is gloriously, painfully sincere is Biller’s full-blooded depiction of yearning for love. Here she discusses The Love Witch, how beauty can lead to mental illness, and that most elusive thing: a harmonious relationship.

“Beauty is very seductive for everybody. I want to create female fantasies and put them on screen to say that female beauty is not only a male fantasy, it’s a female fantasy as well. It’s little girls looking up to their pretty mummy, or pretty girls in magazines, and saying, ‘I want to look like that’. Women are the ones who look at fashion magazines, who consume images of beautiful women, much more than men do. I like cinema to be pleasurable and to create fantasy out of pain. The idea is that you’re creating or exposing a painful situation but doing it through beauty. In a way, it’s what Elaine is doing in the movie. She’s trying to seduce men in order to get them to understand her and love her. It’s the first step. Maybe that’s what I try to do with my films as well: seduce the audience.”

On The Love Witch

“It began as a combination of pulp novel covers from the ’60s, which featured a lot of both powerful witches and sexy witches, and also a couple of noir films – especially Leave Her to Heaven where there’s a woman who’s a sociopath and her problem is that she loves too much. At that time I was also reading books about men and women that were counselling women to love a little bit less, because they were driving their men away. All of these self-help books were telling women: ‘Don’t call him. Don’t text him. Don’t love him because you’re pushing him away.’ I thought it would be interesting to create a film around the idea that a woman’s love is so toxic it can actually kill. It took me a really long time to figure out how to write the script. I wanted the main character to have an edge. I thought she should be a sociopath and she should, in a way, be destroyed by the cultural values that say love is toxic but that it’s fine to use women just for sex.”

Read our review of The Love Witch

“I wish beauty wasn’t so important for women. It’s because of how women are judged by men and other women. If you’re beautiful you seem to have accomplished something. Sometimes people are just genetically beautiful and if they take care of themselves, they remain so. It’s not really that much of an accomplishment, except maybe learning how to dress and do your makeup. I was very close to somebody growing up who became mentally ill because of being so beautiful and because of being so objectified. She was desperate to be valued for her brains, but she was also a bit of a con artist. She learned very early on that this was a way to get things for herself, and she didn’t really try to accomplish anything because she knew she could get by on her looks. Had she been a little bit less pretty she would have had to develop other talents, and maybe she would have been better off. It doesn’t matter how beautiful you are, you can be lonely and sad inside.”

“I’m not an expert in psychology, but what I do know is that our desire for basic nurturing love develops early. From the all-encompassing feeling of love that an infant feels for its mother, the oceanic feeling that ends up becoming lost. They’re trying to get back that feeling of unconditional love. Everybody is so busy with their lives that the only way to find that kind of love again is through a romantic liaison. This is how society works, through monogamous relationships where it’s only ‘proper’ to pour love into one person at a time. In some ways, I really think women’s need for love is also a need for being protected, especially as, up until relatively recently, women haven’t been able to make their own living.

“The Love Witch is about how people project onto one another. Elaine is projecting something onto the men, which isn’t really fair to them. She’s projecting this idea that they’ll be her saviour and her hero. But they’re also projecting things onto her that are just as toxic, which is that she’ll be their ideal woman: someone who’s always beautiful, always subservient, always pleasing them and serving them. We all make these toxic projections and it is kind of tragic, but it’s just because people have their problems and their deficits. Nobody’s perfect. Nobody’s fully emotionally and psychologically intact.”

“I can’t speak for everybody. I think there are a lot of potentially wonderful relationships that can happen, but it’s difficult to achieve. My boyfriend [Robert Greene] is writing about this very thing actually: male and female projections onto one another. He’s researched hundreds of marriages in order to try to come up with examples of great marriages in which people were supportive of one another, and hasn’t really been able to find any in history. It’s very one-sided historically in favour of men, so when it seems to be a perfect relationship, it’s completely at the expense of the woman. Now that men and women are more equal, we’ll see something different happen. But men and women are still not equal. We still make these projections onto one another largely because of gender equality. As that evens out, we’ll see what happens. I think things could get a lot better.”

The Love Witch is in cinemas 10 March. Read the LWLies Recommends review. 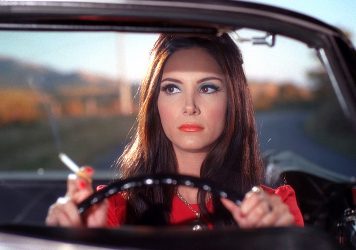