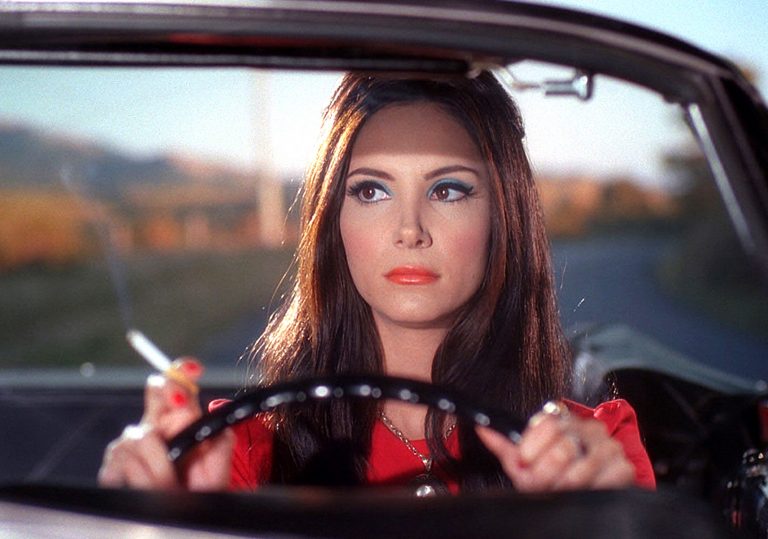 It’s usually a good sign when no one is too sure how to classify a film.

The delights of this fully realised world are endless.

As enjoyable on a purely aesthetic level and as a feminist text, this film will be cherished for years to come.

Do women make themselves pretty for their own pleasure? Or do they just want to please men, all the better to control them? It’s the former, of course. And yet the concept of female empowerment via self-objectification somehow continues to be confusing to commentators of all backgrounds and genders. Cinema too often has a hard time understanding that women’s desires aren’t always directly related to the concerns of men.

Feminist film theory has gone to great lengths to demonstrate that the mechanism of looking in cinema often favours a male gaze. That is, one that frames women not as real people with agency or desires of their own, but as objects to be looked at. With that in mind, it becomes clear why movies are so often suspicious of beautiful, powerful female characters. While a pretty woman without make-up is considered ‘pure’ and inoffensive because she does not appear aware of her charm (and thus her power), a fashionista with a little class inevitably falls into the category of the ‘femme fatale’: a woman who will use the ‘weakness’ of men to her own advantage.

Anna Biller’s The Love Witch doesn’t so much overturn this injustice as it revels in it to better expose how pernicious men’s fear of women can be. Having been scorned by her misogynistic husband, Elaine (Samantha Robinson) became a witch: a woman who uses her charms (and magic tricks) to seduce and control men. Witchcraft in the film promotes the idea that women are not equal to men, but goddesses encouraged to use their ‘sex magic’ (simply, sex) to unlock men’s love. 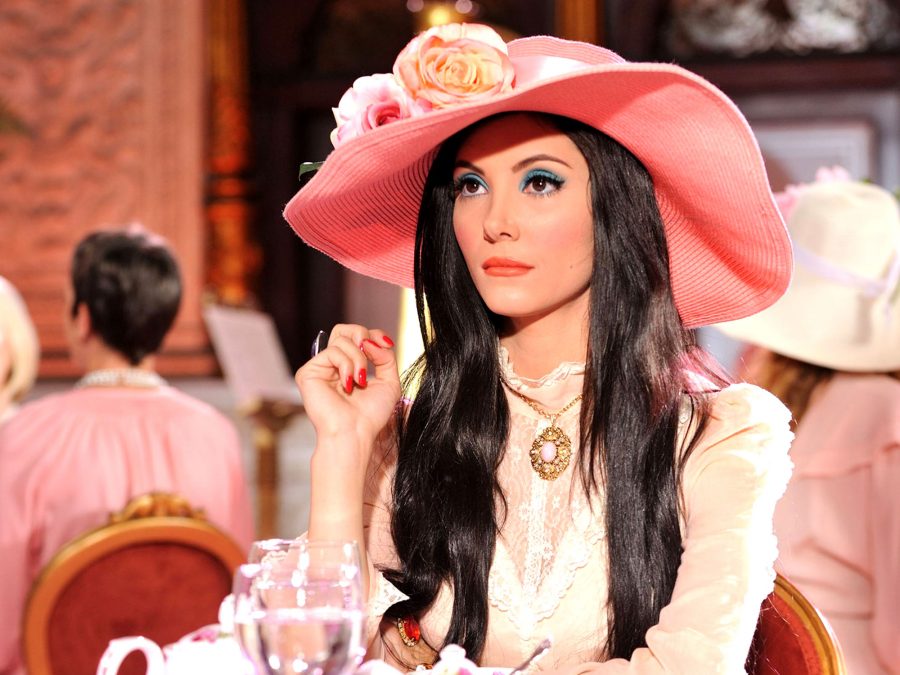 This is not a pastiche of Technicolor horror films but an update of their most lovably garish tendencies. It reprises all of their conventions while never once mocking them. The choice to focus on a witch is in keeping with the tenets of the genre and justifies beautiful sets and garments designed and hand-crafted by the director herself. Living in her Gothic Victorian mansion, Elaine wears glorious witchy outfits and colourful makeup to enhance her power.

The sequences of seduction are nothing short of hilarious, with Elaine able to hypnotise men with her stare alone. She drives them crazy with amateurish strip-teases shot through delightfully tacky kaleidoscope lenses. The deliberately wooden acting of the cast stands in wonderful contrast to our heroine’s assumed mystique and the wickedness of her actions.

But Elaine’s self-objectification, while a powerful tool, never brings her the happiness she craves. Although she satisfies their primal urge for sex, the men she seduces prove more modern and more wily than she initially expects. When they demand an emotional bond with her (as she once did from her husband) she is disappointed. Elaine just wants to be their sex object, a princess of whom they can take care. And she will go to gruesome lengths to make her dream come true.

The limits of the misogynistic vision of womanhood she has internalised soon becomes clear, and the film offers a brilliant spin on the genre’s despicable gender politics, all the while relishing in the pleasures of its outmoded visual style.

It’s usually a good sign when no one is too sure how to classify a film.

The delights of this fully realised world are endless.

As enjoyable on a purely aesthetic level and as a feminist text, this film will be cherished for years to come.