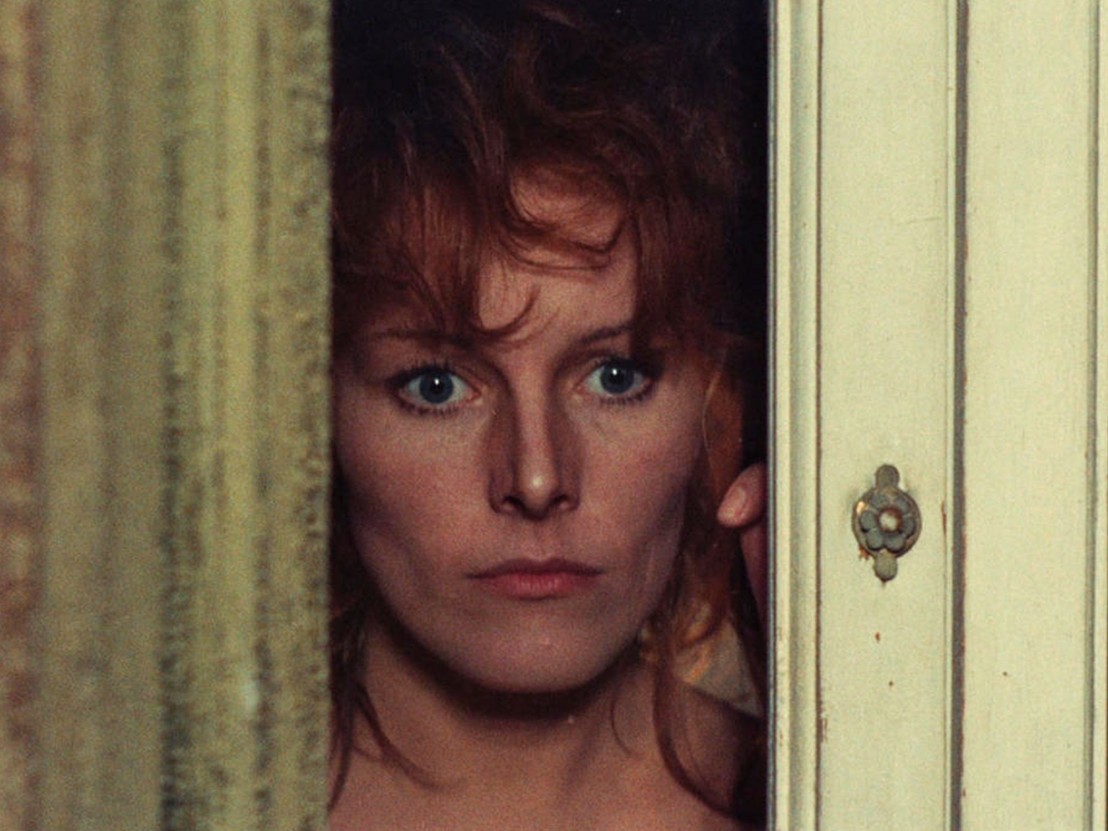 Characterised by violence and beautiful woman, giallo is a genre that doesn’t appear to have much of a feminist bias. Giallo (‘yellow’ in Italian, referencing pulpy yellow-covered crime books) films, which emerged in Italy during the 1960s, are narratively akin to thrillers, often centred on crime, murder, paranoia and powerful sexuality. Key directors include Dario Argento, Lucio Fulci and Mario Bava.

The female stars that were to become the irresistible faces of giallo – Edwige Fenech, Mimsy Farmer, Dagmar Lassander and Florinda Bolkan, to name a few – carried a dichotomy with their new starlet stature: they were at once powerful femmes fatales (aligning with similar scenarios in film noir) and typified by a specifically womanly form of madness and victimisation.

Particularly in the case of Fenech, roles for woman in giallo were often accessorised with psychoanalytical or Freudian tangents: her performances frequently feature histrionics, taking things into Freudian territory as she deals with psychological trauma in frighteningly visceral ways. In Mario Caiano’s Eye in the Labyrinth, from 1972, the lead female role is searching for her missing psychiatrist lover; and many other titles feature women currently or formerly in therapy.

However, analogue film specialists Cigarette Burns have challenged notions of giallo females as solely objectified hysterics. Co-founder Josh Saco says: “The women in giallo, without sounding like I’m downplaying them, are the original scream queens. You watch these films because you want to see people like Florinda Bolkan [the star of A Lizard in a Woman’s Skin and Don’t Torture a Duckling]. These women are stunning and interesting; they play these crazy roles and you’re really drawn to them. So many people find their way through giallo because of the actresses: they’re really important people in the genre.”

But for all the women’s importance, so many giallo plots centre around the murder of a series of attractive women, which seems at odds with feminine power. “When you really start to examine the films, the ideas about misogyny drift away,” says Saco. “Often the women are killing as many people as the men: they’re the killers as often as they are the killed.

“There’s a film called New York Ripper which is considered instantly misogynist – it’s a pretty horrible film – the killer is a guy who goes around killing women but he’s doing it because he feels like he’s failed as a man. He hates women: there’s no question that he’s a monster, he’s so obviously flawed that it stops it being misogynistic.”

So can we really view giallo as pro-women, if their madness is condemned to histrionics, they’re so frequently victims, they’re always always beautiful? In Piero Schivazappa’s 1969 film The Frightened Woman, we see a rich, S&M-obsessed man who delights in his power over women. He abducts a female journalist –  Maria, played by Dagmar Lassander – who ultimately usurps her captor and proves herself to be ultimately more powerful. While her route to power was through male abuse and oppression, the conflict is resolved in favour of female prowess.

Viewing the genre through a camp lens serves to dissipate its ‘sexploitation’. If, as Susan Sontag says in her 1964 essay ‘Notes on Camp’, camp is, “a vision of the world in terms of style – but a particular kind of style. It is the love of the exaggerated, the ‘off’, of things-being-what-they-are-not,” then that fits giallo perfectly. By being the most perfectly stylised, glamorous and bombshell-esque of everything about giallo, women are placed at the heart of the big, powerful, overblown and ridiculous drama of their scenes. These siren-like women find themselves to be the root of the film’s power;  a feminist force to be reckoned with, as director John Carpenter concludes in the documentary Dario Argento: An Eye for Horror: “In his films the heroes are women. But he couples violent death with sexual beauty, and that’s extremely disturbing to me.”

Argento himself naturally takes things even further, offering up a lesbian reading of Suspiria in an interview for Xavier Mendik’s book ‘Bodies of Desire and Bodies in Distress’. “In Suspiria I wasn’t primarily interested in the theme of motherhood but, rather, in women’s lives. In fact, if you want to give a deeper reading of the film, it can be seen as a vaguely lesbian story; where lesbianism has a certain importance, or, more precisely, where the relationships between women are sometimes of a lesbian nature and are characterised by power struggles. There aren’t any male characters to speak of in the film; among those that do appear, one is blind, another is mute and the other is gay… All there is are power relations between women.”