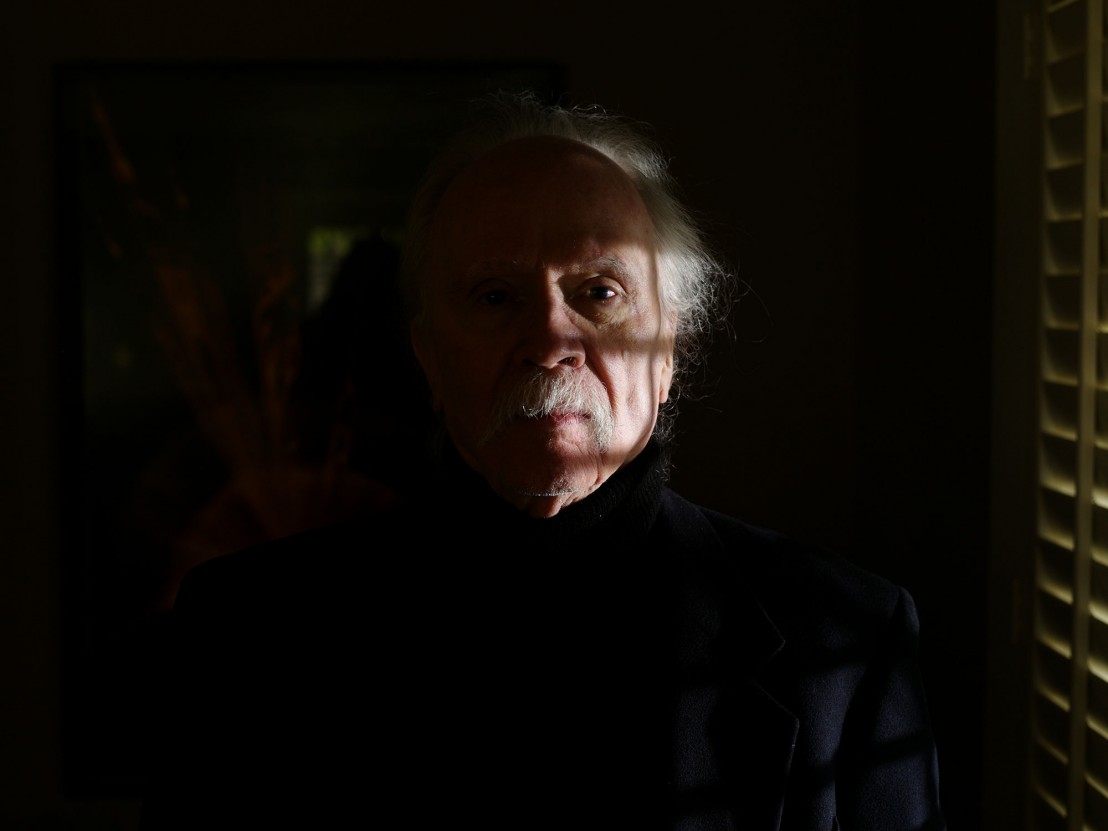 A pioneer of the slasher genre, John Carpenter’s break-out film from 1978, Halloween, remains one of the most profitable independent films of all time – so culturally significant that in 2006 it was selected for preservation by the United States National Film Registry. The first film to attribute a theme tune to the killer, Halloween became known for its groundbreaking soundtrack, composed by Carpenter, who went on to score 13 out of his 18 theatrically released features.

Carpenter’s music has been issued by a number of record labels over the years, but it’s Sacred Bones Records who are enjoying the bounty of the director’s most recent output. In 2015 Carpenter recorded his first stand-alone studio albums, ‘Lost Themes’ and ‘Lost Themes II’, with his son Cody and godson/composer Daniel Davies. Now, the label is releasing Carpenter’s most beloved movie themes on special edition 12” vinyl. Newly recorded by Carpenter and his Lost Themes group, the double A-side picture discs Halloween/Escape from New York and Assault on Precinct 13/The Fog are available in deluxe limited edition Mylar mirror-board sleeves.

The flat, impassive tick of Halloween’s main theme, overlaid with a 5/4 piano melody and sinister synth, first struck terror into cinemagoers in 1978. Still lurking in the hearts of horror fans everywhere, the updated Halloween theme sounds crisper than ever. Drawing from Goblin’s Suspiria theme and Mike Oldfield’s ‘Tubular Bells’, Carpenter’s theme for Halloween – out of financial necessity and a lack of technical prowess – dropped inventive instrumentation and complex polyphony in favour of an uncomplicated but decidedly more menacing result. Despite the compositional simplicity and homogenous use of synthesiser, it was these qualities that ensured Carpenter’s success both within the horror genre and in a wider cultural and musical context.

For 1981’s Escape from New York, Carpenter’s dystopian response to Watergate, the director enlisted the help of sound designer/composer Alan Howarth. The former Weather Report member remembers getting his hands on one of the first drum machines (LinnDrum) used on the soundtrack – straight from Roger Linn’s garage. Created from predominantly improvised sessions, Carpenter drew inspiration from Tangerine Dream and The Police, as evident in the reverberating, futuristic soundscape of the score. With a stark beat and melody that’s more heroic than creepy, Escape from New York is reminiscent of the theme from Assault on Precinct 13, only less hopeful.

An urban homage to Howard Hawks’ Rio Bravo and George A Romero’s Night of the Living Dead, exploitation classic Assault on Precinct 13 was the first feature Carpenter made out of film school. The theme, partly inspired by Lalo Schifrin’s work on Dirty Harry and Led Zeppelin’s ‘Immigrant Song’, is a synthesised synergy of powerful bass line and pounding bass drum. The ticking hi-hat and glassy strings combine to elevate the indelible sense of doom and tension present in so many of Carpenter’s films.

The score for 198o’s The Fog is considered one of his best and most unnerving soundtracks. While the minimalist, monochrome approach is subtle enough, the theme itself, at least in the context of this release, feels lacking and repetitive; as if the horror maestro ran out of ideas. Harking back to ‘Tubular Bells’, Carpenter not only borrows heavily from the melody but also Oldfield’s specific combination of piano and organ synth sounds. Having removed the original electro beat – which is strikingly similar to the Halloween theme – and done away with the heavier church organ intro, Carpenter delivers a version that is arguably a little too clean, losing the lo-fi quality that is such a huge part of his appeal.

Carpenter is a true pioneer of his craft. His gift for creating evocative themes that capture the essence of his unique brand of horror has seen him continue to garner respect from genre fans and audiophiles alike. These 12” horror singles are a curious and collectible release. Tantalising the listener with a single track from each film, they perhaps serve better as a link between cult icon’s past and present than as a complete listening experience. 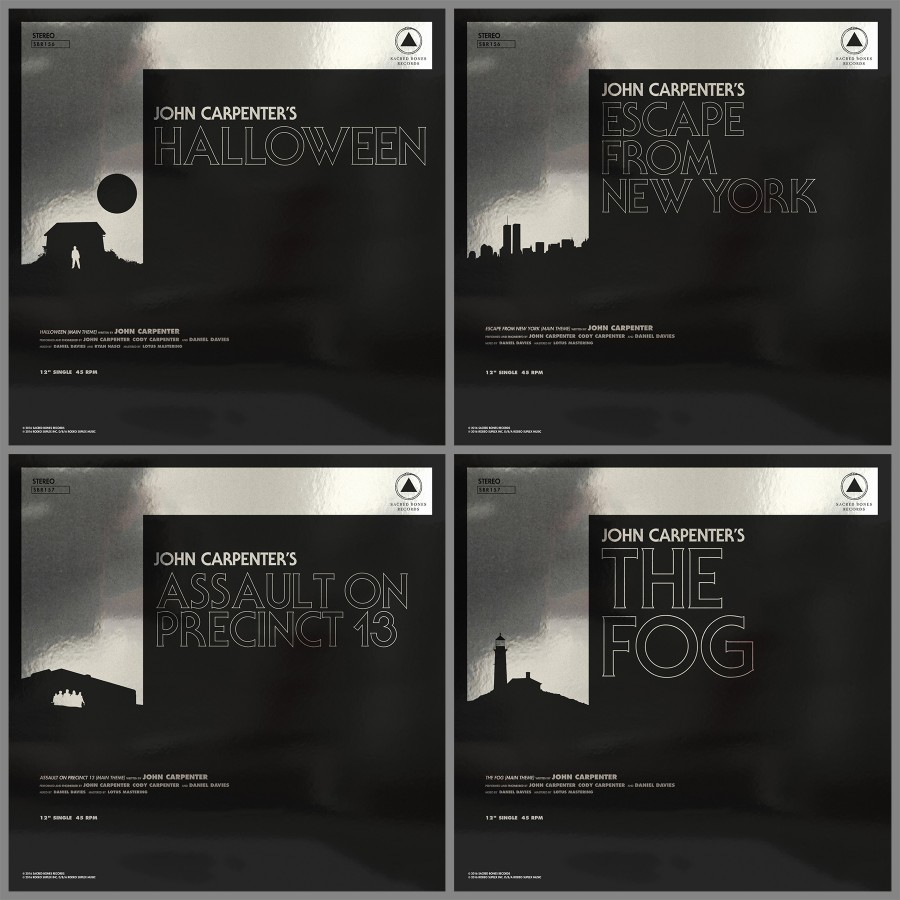