How many movies have you seen where women get to drink and fight? 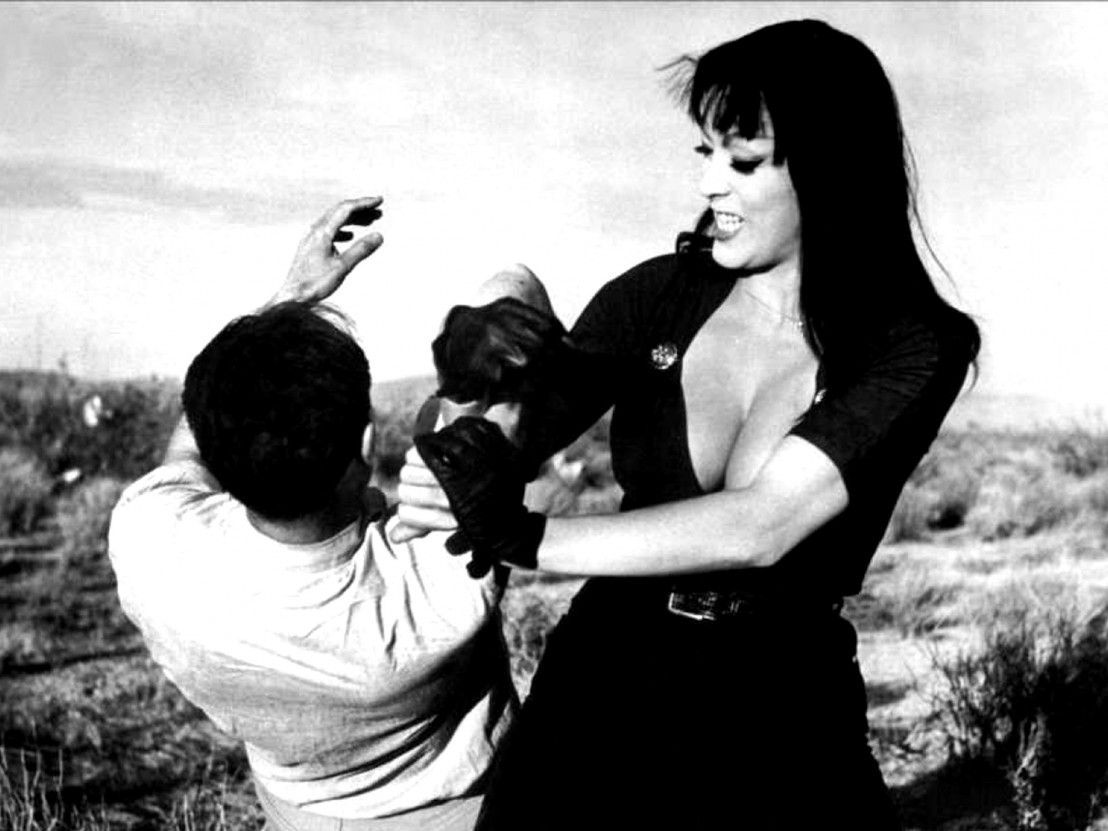 Karate! Bodacious racks! Badass babes! Faster, Pussycat, Kill! Kill! has everything you could ever want from a B-movie, right down to the frantic jazz soundtrack. Its legacy endures today, but the film was not well received on its release in 1965.

Back then, sexual attitudes were becoming more liberal, but many second wave feminists protested against pornography and free love. Any film by self-confessed ‘breast man’ and skin flick auteur Russ Meyer was never going to find many fans among this audience. But 50 years later, attitudes have changed and his films are enjoying something of a reappraisal among feminists.

Faster, Pussycat! is now considered a seminal feminist work, partly due to its smouldering star, the iconic Varla (Tura Satana). She cuts an imposing figure both in terms of her looks and attitude, with her towering stature and slick kabuki eyebrows, all-black cat suit, leather gloves and boots. She can drive better than any man, she can fight, and she looks like she could take you down. The fury of her performance, Satana has said, was drawn from the real-life abuse she experienced – her past is as colourful as any movie character’s, and her rage throughout Faster, Pussycat! feels powerful, honest and cathartic.

How many ’60s films have you seen where women get to smoke, drink, drive and fight? How about where women outsmart and overpower men? Even more importantly, how about a film where women exist independently from men? It’s this that truly makes Faster, Pussycat! a feminist classic. It’s not really about the man-crushing violence (although that adds to the fun) – it’s the exciting, exaggerated heroines, led by Varla, taking charge of their own destiny.

But the question remains: can a film be considered truly feminist if it wasn’t initially intended to be so? Russ Meyer claims to have never had a feminist agenda – the director famously cited his two main reasons for creating films as “lust and profit”, and his lust just so happens to involve powerful women humiliating men. But that doesn’t really matter. It’s okay to gloss over authoritarian intent. Art is always valued through the eyes of the beholder, and great art becomes more than the author intends because it only exists in the viewer’s interpretations. Yes, Faster, Pussycat! is an articulation of Meyer’s lust. But who cares? It’s Satana’s film, anyway.