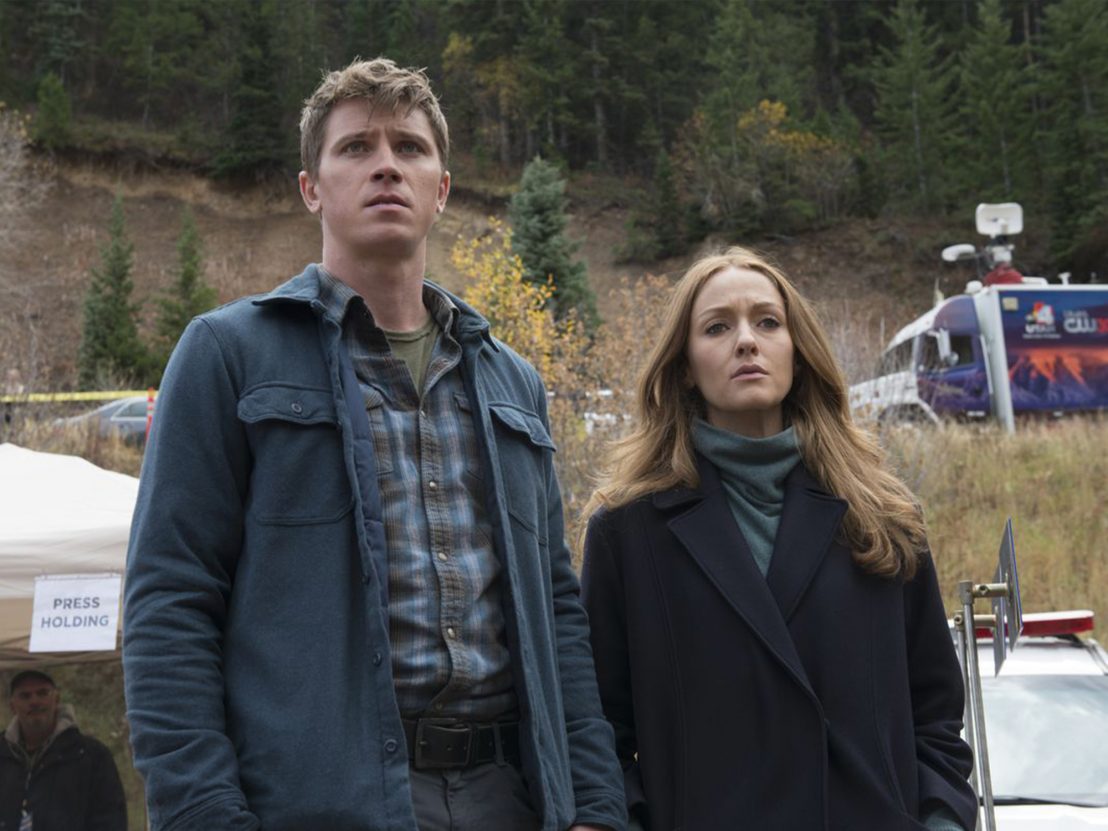 Last year prestige television shows such as Big Little Lies, Mindhunter and The Handmaid’s Tale kept us all glued to the small screen – 2018 is shaping up to deliver more of the same. To save you a little time, we’ve put together a list of the most exciting projects hitting screens this year. Think we’ve missed one?  Tell us which shows you’re most looking forward to by tweeting us @LWLies.

1. The Ballad of Buster Scruggs

Despite their frosty reception to FX’s Fargo television series, the Coen Brothers are finally making the leap to the small screen. Very little is known about their anthology Western project aside from the fact it has an impressive cast – James Franco, Zoe Kazan, Tyne Daly, and Ralph Ineson are all set to star, with frequent Coen collaborator Tim Blake Nelson expected to take on the titular role.

2018 looks like a busy year for Barry Jenkins, and rightly so. As well as working on a film adaptation of James Baldwin’s If Beale Street Could Talk, he’s also adapting another novel, this time for Amazon’s original programming strand. The Underground Railroad tells the story of Cora, a young slave in antebellum Georgia, who attempts to escape to the north.

There have been numerous television and film adaptations of William Makepeace Thackeray’s titular novel about a social climber in Victorian high society over the years, and 2018 sees ITV (in partnership with Amazon) bring another one to the screen. However, this one might be worth getting excited about – rising star Olivia Cooke, soon to be seen in Ready Player One and Thoroughbreds, will play Becky Sharp. 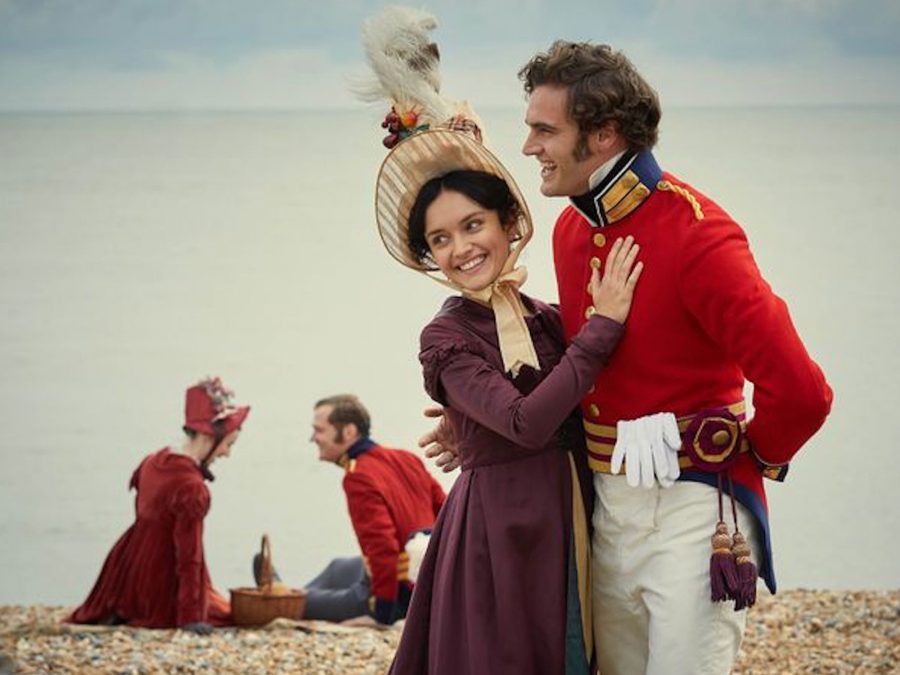 Following the success of Preacher, Amazon are reuniting with Seth Rogen and Evan Goldberg for another comic book adaptation. The titular ‘boys’ are an elite superpowered CIA task force, charged with monitoring an out-of-control superhero community on an alternative version of Earth. Sounds weird – but we wouldn’t expect anything less from creator Garth Ennis.

JK Simmons is a mild-mannered and unremarkable UN employee who stumbles across a gateway to a parallel dimension – and with it, his identical counterpart – in this intriguing new sci-fi drama, which also stars Olivia Williams and Harry Lloyd. Starz did great things with American Gods, so we’re keen to see if they can do the same here. 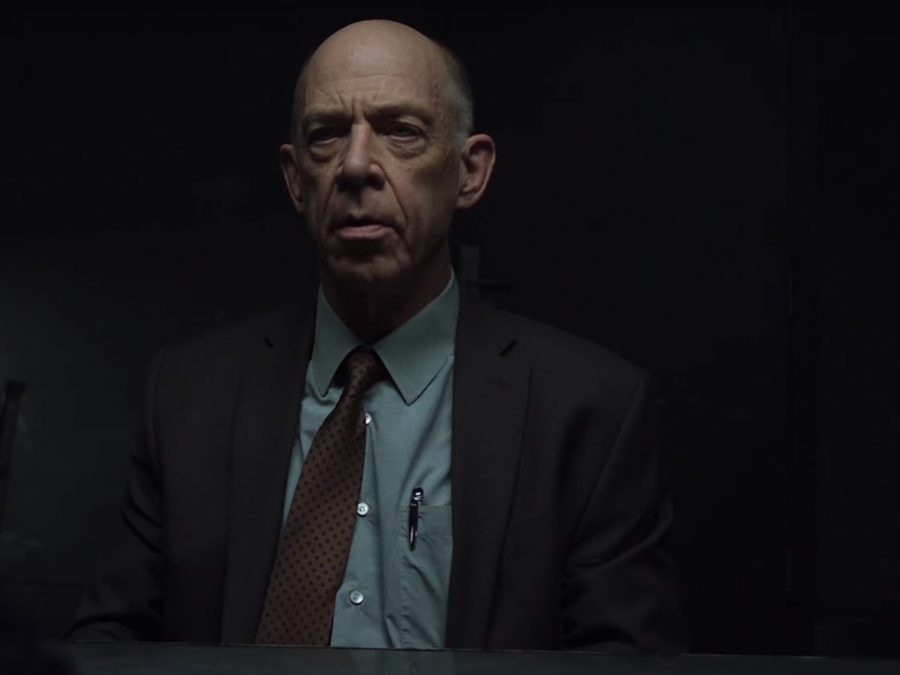 Fresh from penning the script for 2017 horror smash IT, True Detective creator Cary Fukunaga is back behind the camera, joined by Jonah Hill and Emma Stone – themselves reuniting eleven years after Superbad. Maniac is an American adaptation of a Norwegian show which takes place in a psychiatric facility and sees Jonah Hill’s impatient live out wild fantasies through his dreams.

Mad Men creator Matthew Weiner’s latest effort is an anthology series that revolves around families who believe they are related to the Russian Romonov dynasty. The concept itself is intriguing, but what’s even better is the stellar cast – expect to see Diane Lane, Isabelle Huppert, Jack Huston, Aaron Eckhart and Corey Stoll on screen, as well as Mad Men alumni Christina Hendricks and John Slattery.

Patty Jenkins is teaming up with Chris Pine again for this dark drama, based on the true story of Fauna Hodel, who was given away to a bathroom attendant by her teenage mother in 1949. Her search for her birth mother led her to one of the prime suspects in the Black Dahlia Murder – one of Hollywood’s most enduring crimes. 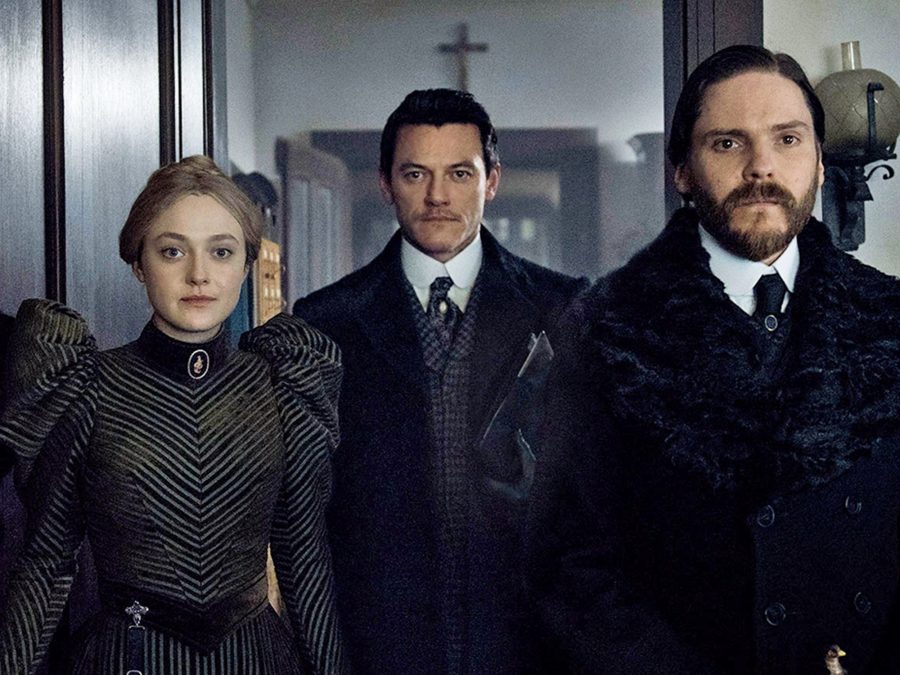 Peep Show dream team Sam Bain and Jesse Armstrong are back, and they’ve brought a new comedy show with them. Described as “part-live action, part-computer animation series”, it centres on a group of friends obsessed with a popular online fantasy RPG called Kingdom Scrolls.

Hot off the heels of The Night Manager the BBC have teamed up with AMC for another John Le Carre outing, this time with the help of legendary director Park Chan-Wook. Lady Macbeth‘s Florence Pugh will star in the lead role as aspiring actress Charlie, whilst Alexander Skarsgård is also set to make an appearance.

“It’s not a TV show, and it’s not a movie,” claims Steven Soderbergh of Mosaic. “It’s something else.” We wouldn’t expect anything less from Soderbergh, and Mosaic is a highly conceptual project in which viewers can explore the plot and choose to watch different perspectives via a dedicated app. It’s been three years in the making and plot details are sparse, but the cast includes Sharon Stone, Garrett Hedlund and Beau Bridges.

Following David Fincher’s brilliant adaptation of Gone Girl and Gilles Paquet-Brenner’s less-than-brilliant adaptation of Dark Places, Sharp Objects is the third Gillian Flynn novel to get a live-action makeover. In Jean-Marc Vallée’s HBO series Amy Adams stars as Camilla Preaker, a journalist who returns to her hometown following the murder of a young girl and becomes embroiled once more in her own mother’s insidious web of lies.

The People vs OJ Simpson was a runaway success for FX in 2016, and they’re hoping to replicate that with the second series of American Crime Story. Édgar Ramírez will play the ill-fated fashion designer, whilst Penelope Cruz takes on the role of his sister Donatella Versace and Darren Criss appears as serial killer Andrew Cunanan. 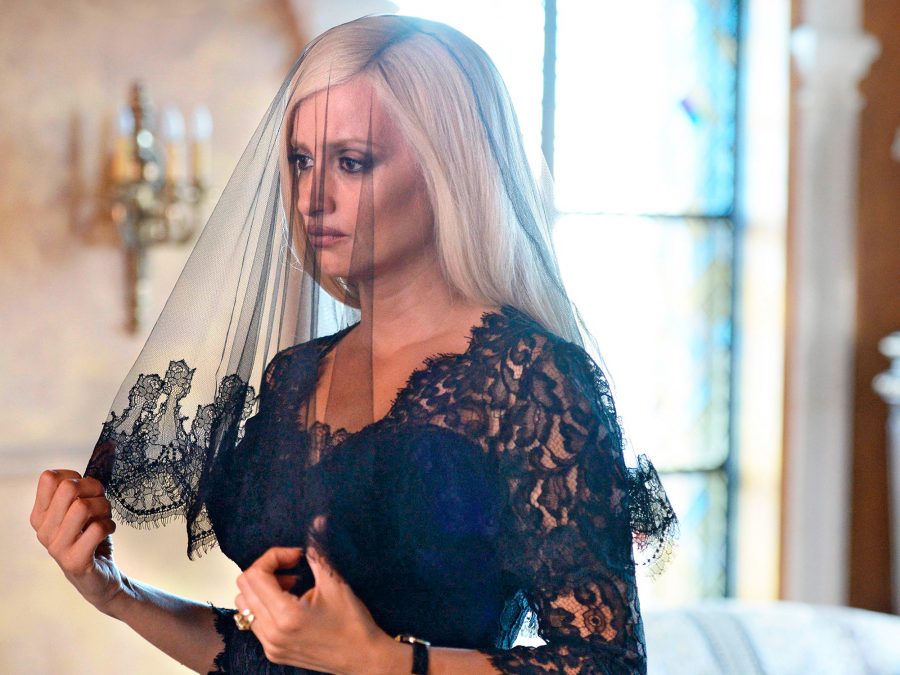 Showrunner Bash Doran has worked on some big shows (Boardwalk Empire, Smash, Masters of Sex) and his latest six-episode thriller for Channel 4 is no exception. Set in the aftermath of World War Two, Jerusalem examines Britain’s attempts to define itself following a seismic change in the world order.

Idris Elba fans are in for a treat – not only is Luther back in 2018, but Elba’s also produced a comedy loosely based on his own childhood in East London. He plays Walter Easmon, who has a quiet life until his brother Valentine arrives in town from Sierra Leone and shakes up his domestic idyll.

Hulu have been pretty tight-lipped about their new Stephen King-based psychological horror show, but with JJ Abrams as executive producer, it’s looking pretty exciting. The show takes place in the fictional town of Castle Rock – the setting for many of King’s novels, and a host of horror talent will star including The Evil Dead’s Jane Levy, Carrie’s Sissy Spacek and Bill Skarsgard (recently seen terrorising children in IT).

A young woman who suffered abuse at the hands of a male authority figure as a teenager plots her revenge in this timely drama written and directed by Anthony Phillipson, who previously brought us the excellent My Mad Fat Diary.

Adapted by Andrew Davies from Vikram Seth’s mammoth novel of the same name, A Suitable Boy is the BBC’s first period drama that takes place outside of England. The setting is a newly independent, post-Partition India, as a young woman named Lata searches for love and a sense of identity.

Cumberbatch takes a break from Dr Strange and Dr Holmes for this adaptation of Edward St Aubyn’s novels, playing the titular playboy who wrestles with his dysfunctional family, traumatic childhood, and substance abuse. David Nicholls, who previously adapted his own novel One Day and Thomas Hardy’s Far from the Madding Crowd for the big screen, has penned the script. 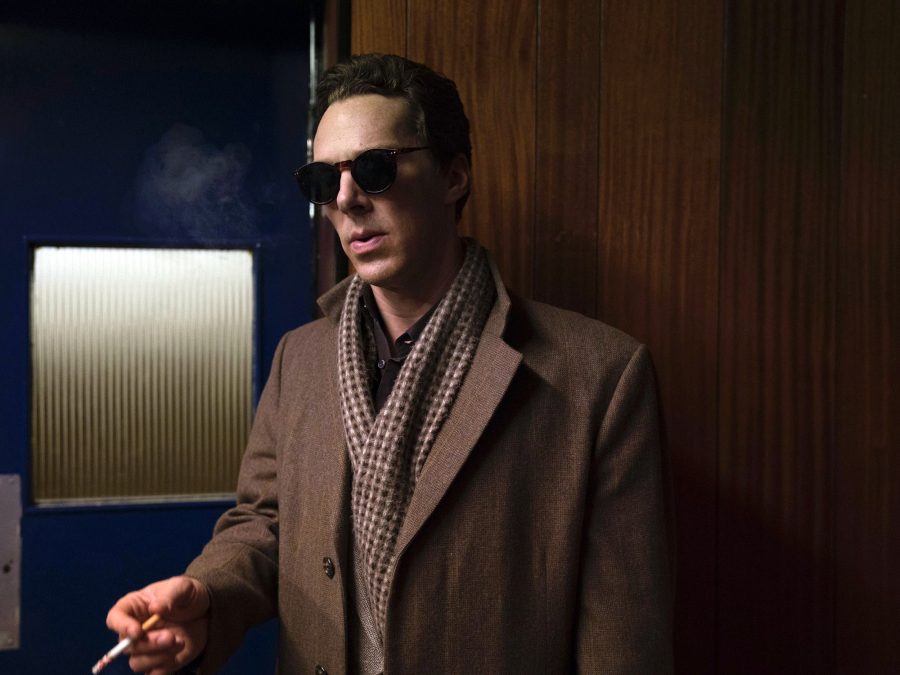 AMC are used to bringing prestige drama to the masses such as Mad Men and Breaking Bad, but they’re turning back to the successful horror route which brought them The Walking Dead with their latest pick. The Terror stars Jared Harris, Tobias Menzies and Ciaran Hinds as the crew of a Royal Naval expedition, who discover a monster lurking in the Arctic.

This intriguing show imagines a present-day USA in which African-Americans formed a nation-state after the Civil War as reparations for slavery. A joint venture by The Boondocks creator Aaron McGruder and producer Will Packer, it’ll sit in direct competition with HBO’s already controversial Confederate, created by Game of Thrones showrunners David Benioff and DB Weiss.

Based on the tragic events of the 1993 Waco siege, this mini-series sees FBI hostage negotiator Gary Noesner face off against cult leader David Kroesh in a siege that lasted 55 days. The cast is pretty exceptional too – Michael Shannon plays Noesner and Taylor Kitsch plays Kroesh, with Rory Culkin, John Leguizamo and Andrea Riseborough also set to appear. 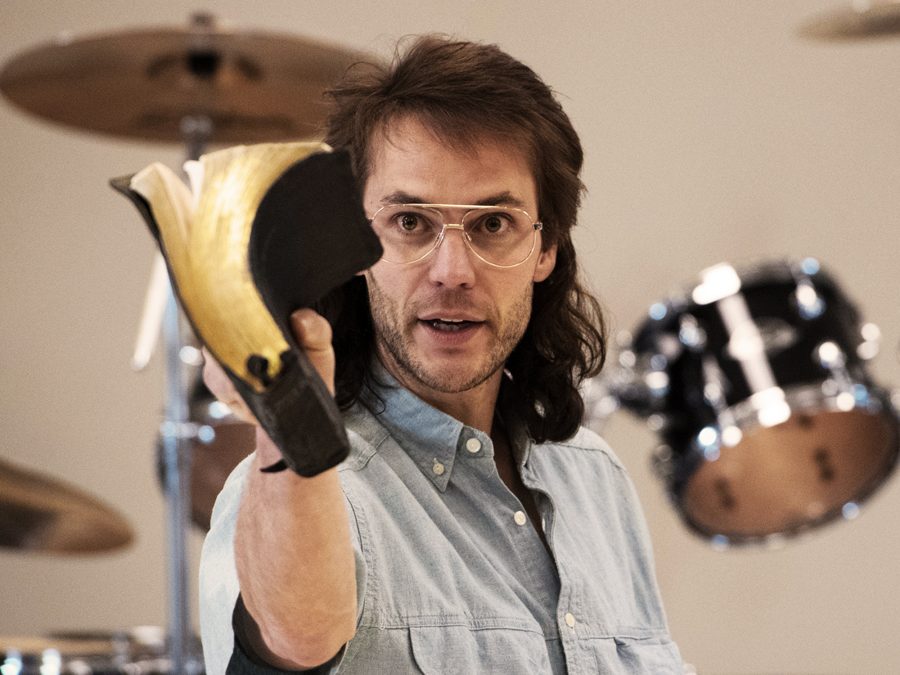 The seemingly random murder of a pizza delivery man sparks a sinister chain reaction in this drama from playwright David Hare, who was responsible for adapting The Hours and The Reader to critical acclaim. The cast isn’t half bad either, with Carey Mulligan in the lead role and support coming from John Simm and Billie Piper.

Jamie Hewlett announced he was working on a 10-part animated television series at the beginning of 2017, but we haven’t heard much since. Animation has always played a big role in Gorillaz, so we’re excited to see where Hewlett and co. take us with a full-blown series. 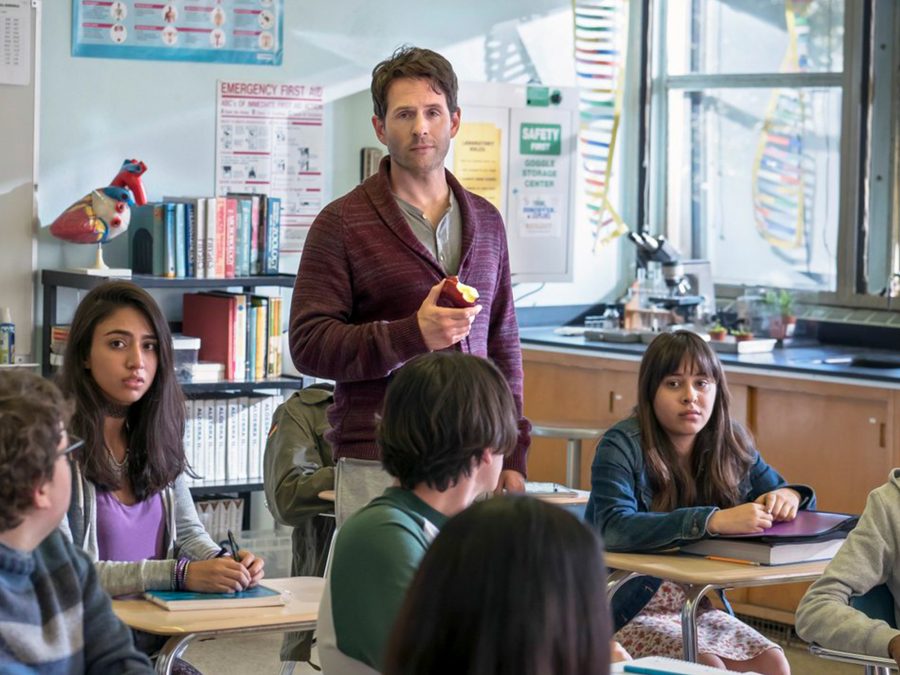 Adapted from the book of the same name, this limited series will chart the rise of Osama Bin Laden and Al-Qaeda in the 1990s, as well as the rivalry between the CIA and FBI which plighted America’s covert operations. Jeff Daniels, Peter Sarsgaard, Alec Baldwin, Michael Stuhlbarg and Tahar Rahim are all set to star.

Bill Hader plays the titular Barry in this new HBO comedy. He’s an ex-marine turned smalltime hitman, who moves to Los Angeles to carry out a hit, and finds an unexpected community in a local theatre troupe. Sounds good. Henry Wrinkler co-stars. Sounds even better.

Nicolas Winding Refn’s been pretty vague about his new Amazon crime-thriller, saying only that it will “explore various characters’ existential journeys from being killers to becoming samurai in the city of angels.” …Right you are, Nicolas. He’s been less vague about the cast though – Miles Teller, Jena Malone, John Hawkes and Billy Baldwin are all set to star.