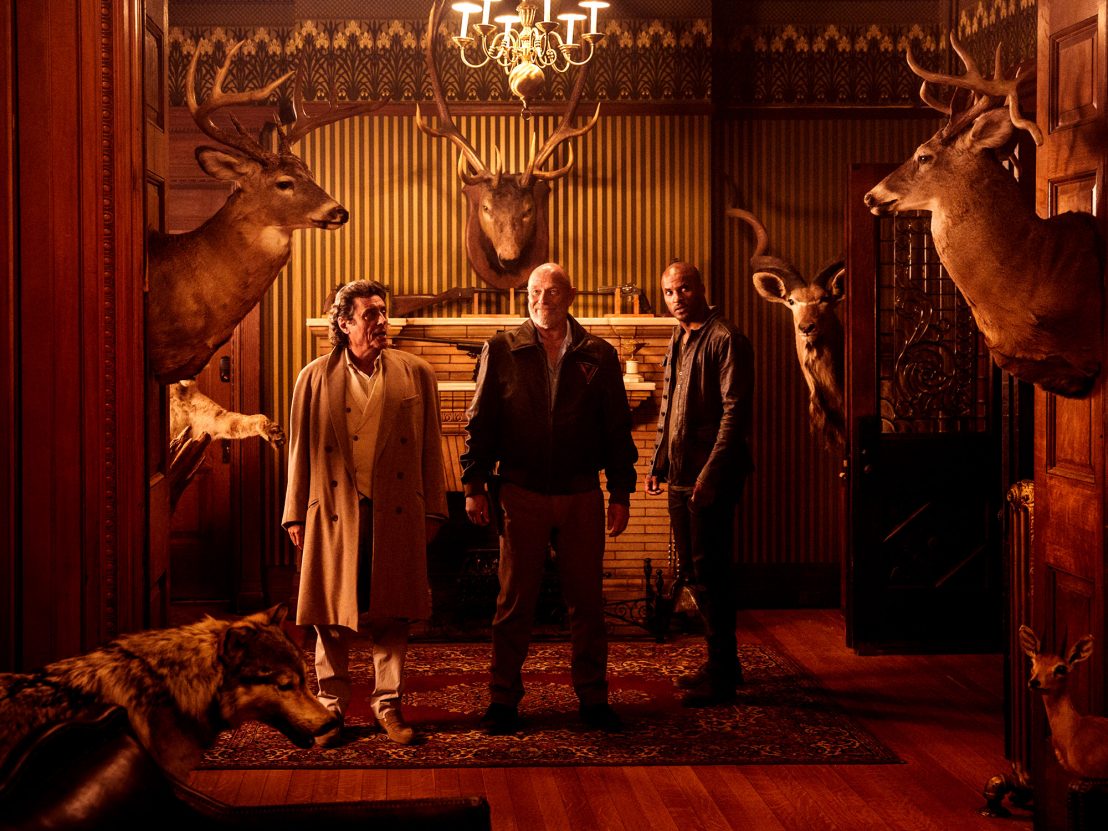 Chapter 15 of Neil Gaiman’s preferred text of ‘American Gods’ opens with the first few lines of traditional song ‘Hang Me, Oh Hang Me’. It’s a song that has made a long journey across the folk music scene, dating as far back as the late 1800s. Oscar Isaac performed the haunting melody as the tormented titular figure in the Coen brothers’ Inside Llewyn Davis.

The lyrics conjure up a startling image of a person who has come to the end of their tether and lost complete faith in anything – something which Davis has in common with the protagonist of Gaiman’s American odyssey. This desperate ditty with mysterious beginnings perfectly encapsulates the mood of the show and widower Shadow Moon (Ricky Whittle) as he navigates his way along dusty roads and through the arduous grieving process.

The hangman’s noose repeatedly appears throughout the first episode of American Gods – those who have read the book will know why. Showrunners Bryan Fuller and Michael Green have a firm grip on this image. They sprinkle their macabre and twisted magic on grizzly visuals and serve up cutting social commentary on race.

David Slade directs ‘The Bone Orchard’ with the help of his regular DoP Jo Willems, bringing with them the sumptuous colour palette synonymous with the Hannibal TV series which they also worked on. Music supervisor Brian Reitzell employs intense and eerie off-kilter strings to add a surreal ambience to lush, dark interiors and shocking sexual encounters but he also adds a tasty Americana flavour to the long open roads and trashy motels with some good ol’ tunes. The exquisitely designed sets by Patti Podesta lend the show a seedy, nightmarish ambience and the special effects are at times astonishingly imaginative. 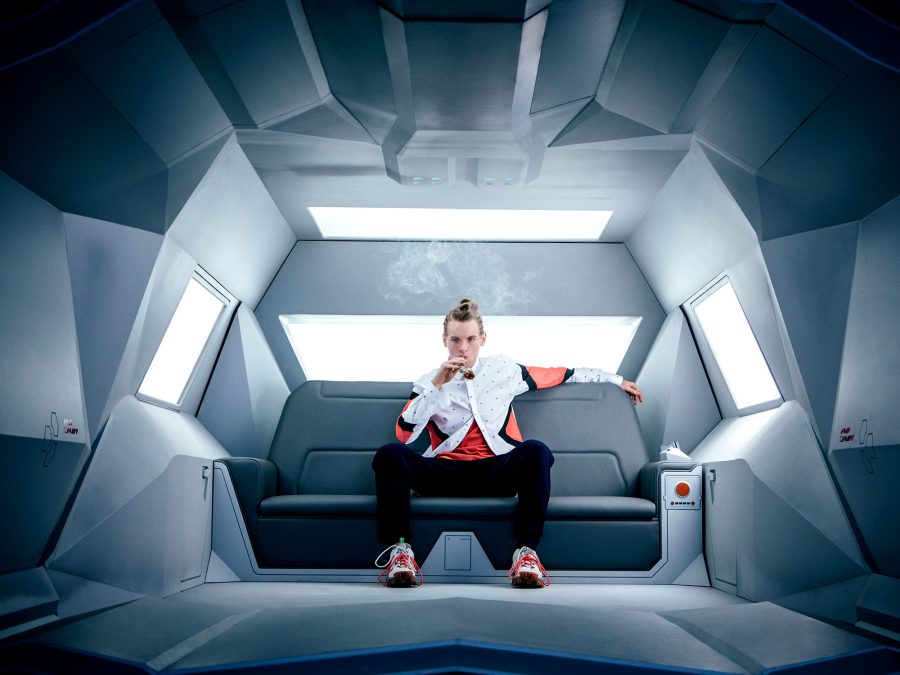 Ian McShane is perfectly cast in the role of Mr Wednesday, Shadow’s crooked employer and cheeky road trip buddy. He delivers glorious gallows humour in spades – at this point it isn’t entirely clear whether Whittle will be able to match McShane’s charismatic presence. Supporting characters are introduced with style and panache. Pablo Schreiber as leprechaun Mad Sweeney turns in both an intimidating and comical performance. He swigs entire pints of booze mid-way through a brutal bar brawl with glee yet his whole demeanour is tinged with an underlying agony.

Yetide Badaki as Bilquis seductively pops with a devilish charm in a jaw dropping erotically charged scene where she entices an eager Tinder date inside her glowing red room. Relative newcomer Bruce Langley’s introduction as Technical Boy is hugely influenced by Stanley Kubrick’s A Clockwork Orange. He’s a sinister manifestation who sits regally in a limousine accompanied by sadistic, faceless droogs dressed in braces and berets who carry out savage beatings under his orders. Each act segues nicely into the next with separate narratives of vicious and violent history playing out with wild-eyed zeal.

The dark and powerful images of suffering are effectively alarming and bring to mind lynching and cruel punishment. The graphic depiction of violence is designed to horrify but the witty nature of Gaiman’s novel slots in winningly to elevate the spirits.

Amazon Original series American Gods is available on Amazon Prime from 1 May.