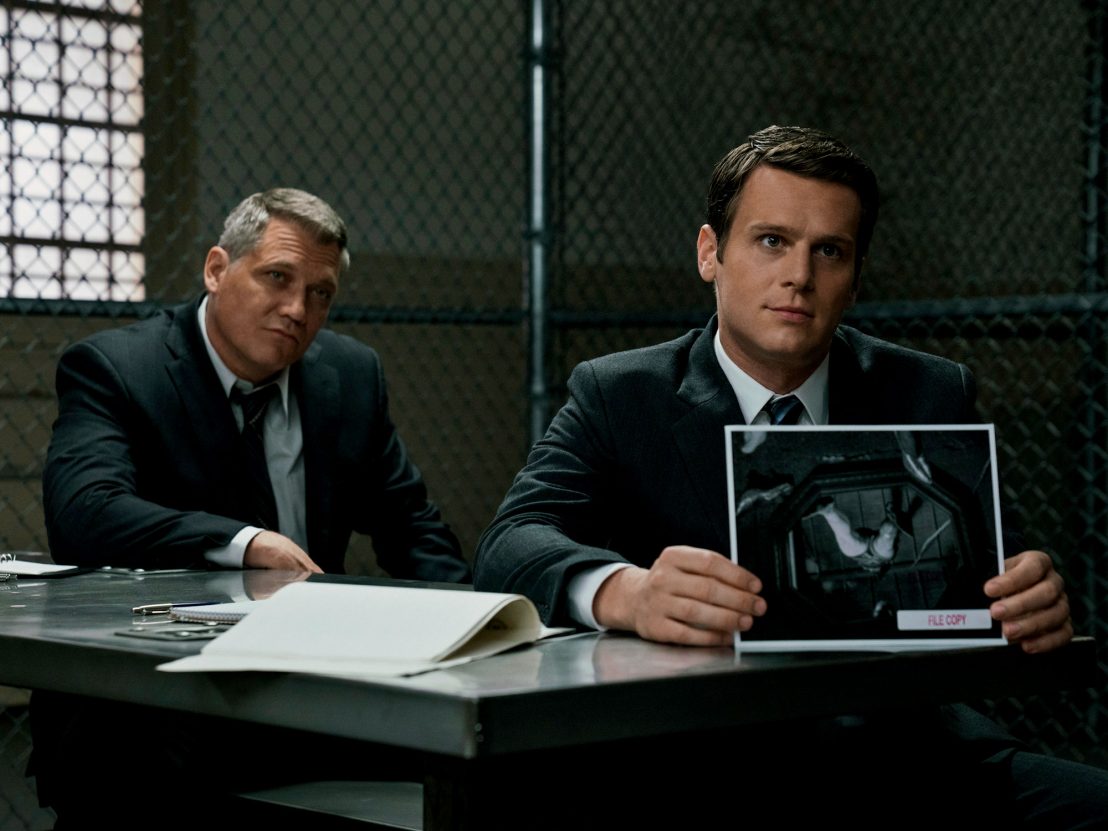 In his quarter-century working in film and television, specifically through five movies and two series, David Fincher has shown a deep-rooted fascination with the remorseless killer. One was the star of his inauspicious directorial debut, while many others feature in his latest small-screen thriller.

Created by playwright Joe Penhall but with Fincher’s fingerprints all over it (he reportedly ran the writers’ room, while the four bookending episodes he directed set the tone and visual language for the first season), Mindhunter is based on the true account of the FBI unit which ushered in criminal profiling in the late 1970s, interviewing incarcerated killers so that lawmakers might fathom their behaviour and learn how to catch more.

Mindhunter’s plot may echo The Silence of the Lambs, but in execution the show looks like the culmination of Fincher’s career-long obsession. Alien 3’s killer was literally an alien presence that stalked its victims from the shadows; Seven’s was an enigma only revealed to the audience in the third act; Zodiac offered several suspects without ever pinning down a single culprit; The Girl with the Dragon Tattoo brought us face to face with an everyday murderer after a feature-length hunt; while Gone Girl made a protagonist of a murderous sociopath, not unlike House of Cards, on which Fincher is executive producer and occasional director. If someone were to chronologically binge on Fincher’s filmography, they would witness the slow de-mythologisation of the movie murderer.

As Fincher has dug deeper and deeper over time, his antagonists have transformed from spectral to flesh-and-blood. In Seven, he fixates on the carnage a killer has left in their wake; in Gone Girl, he explores how the killer came to be. Mindhunter asks a similar question, but goes even further, allowing the killer to provide the answers in their own words.

The show’s set-pieces are not action-based but rather frank conversations between Jonathan Groff’s agent Holden Ford, a quietly inscrutable presence who acts as the audience’s proxy, his seasoned partner Bill Tench (Holt McCallany), and any number of shackled persons of interest, from the garrulous ‘Co-ed Killer’ Edmund Kemper (Cameron Britton), to ‘Shoe Fetish Slayer’ Jerry Brudos (Happy Anderson) and snarling mass murderer Richard Speck (Jack Erdie). Crucially, we only ever see these killers in chains, neutered and locked deep within the confines of detention facilities they’ll never escape, openly discussing their crimes and exposing what it is that makes them tick.

Mindhunter’s killers differ from Alien 3’s xenomorph, a nightmarish figure that seemingly can pounce at any time from anywhere, or Seven’s John Doe (Kevin Spacey), a religious zealot effortlessly carrying out a bible-themed masterplan, both of them terrifying in their unfamiliarity and nigh-on omnipotence. Zodiac, Fincher’s study in obsession which Mindhunter recalls in its forensic procedural nature, was the first film in which Fincher attempted to get to the psychological root of a killer.

Zodiac presents us with complex suspects like Arthur Leigh Allen (John Carroll Lynch), opening up the nature versus nurture debate that dominates Mindhunter’s every scene, but with the Zodiac uncaught at that film’s close we’re still in the dark, left to ponder whether the motivation of the killer is simply some inherent evil. Mindhunter is all about dispelling that notion.

Once unseen or draped in shadow, Fincher’s killers are now clear as day, literally and figuratively. Light has entered Fincher’s murderous oeuvre. Where Alien 3 and Seven were slashers lensed in murky chiaroscuro and oppressively moody, Fincher’s recent efforts have been spiked with surprising humour – Gone Girl could almost be categorised as a black comedy about marital discord – and shot with the precise, sepia-tinted look that has become the director’s signature style.

The lethal subjects of Fincher’s movies are no longer obscured. They speak directly to us. Fincher’s killers, once so mysterious, now unravel themselves, breaking the fourth wall in House of Cards or narrating the drama they’ve created in Gone Girl. They are Ed Kemper or Jerry Brudos matter-of-factly self-analysing before an audience over morning coffee and cigarettes.

Where once Fincher’s killers were unknowable, now they are illuminated. Where Fincher’s tales of predators and prey were sensorial, gruesome horrors designed to scare and disgust, now they have become analytical, detail-obsessed and fastidiously designed like Zodiac, and keen to crack the killer’s psyche as in Gone Girl or Mindhunter. As the director has shifted away from straight horror into drama, he has transformed from a storyteller playing on our fears to one who seeks to understand what makes us afraid and help us fear no more.

Disarmed and on display, Fincher’s monsters are now revealed to be human beings, disturbed but as vulnerable and banal as we are. Whether that’s reassuring or even more unsettling than before is up to the individual viewer to decide.