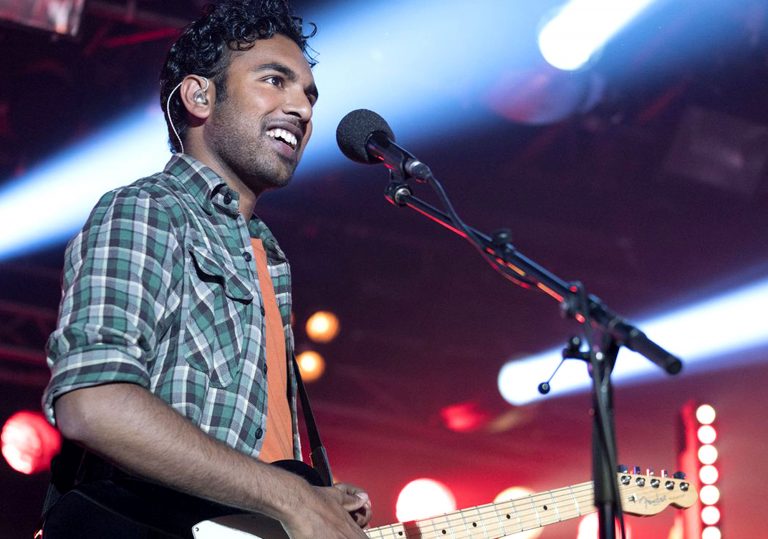 Danny Boyle and Richard Curtis: together… at last?

Amply breezy and amusing, but treats its novel conceit with contempt.

Imagine this horror scenario: You’re in a room full of people, and a boorish man with silvery hair stands up and loudly announces, “The Beatles are the best band to have ever existed. The music they produced has and will not be surpassed.” Now, do you simply take this address with a pinch of salt – as one guy loudly articulating their subjective opinion? Or, do you sheepishly waddle over to Richard Curtis and say, “Hi there Richard, while I respect your subjective opinion on this matter, I feel you should accept that your narrow-minded and dogmatic take on The Beatles’ output may not be shared within a universal sphere.” What happens after that is anyone’s guess. Possibly some kind of comic altercation.

Yesterday is a film which hinges on what it believes to be the indisputable fact that The Beatles were the greatest pop band of all time. The very idea that the art they produced may not be to some tastes, or that the revolutionary aspect of their work may have been couched in the specific context of the era in which it was produced, are questions with which screenwriter Richard Curtis is sublimely untroubled. Also, it’s a film which dismisses the idea that all art contains an inextricable bond with its creator. Apparently, The Beatles’ music retains its essential greatness when performed by any old schlub with an acoustic guitar. Karaoke and talent show covers are as good as the real thing. George Martin? Get. In. The. Sea.

The sky-high concept of the film sees scruff-bag Lowestoft busker Jack Malick (Himesh Patel) failing to draw crowds with his slightly lame bubblegum pop-rock stomper, ‘The Summer Song’. His number one super fan is Ellie (Lily James), who also doubles as his manager. He sees her as the eternal BFF and never once questions her excessive fealty. She desperately wants to be placed in the “love” column, but refuses to make the first move.

Then, one night, by strange cosmic quirk, the music of The Beatles is erased from existence, except in the mind of Jack, who happens to have memorised the lyrics to their best-loved hits. Mainly the ones penned by Macca. It’s a superhero origin story, though instead of the old notion of great power requiring great responsibility, Jack decides to cash this thing with nary a second thought. He waves goodbye to his friends and fam, and is taken under the gilded wing of Ed Sheeran (a surprisingly calming presence) and his coterie of LA phoneys (Kate McKinnon, very funny as an avaricious big label manager). 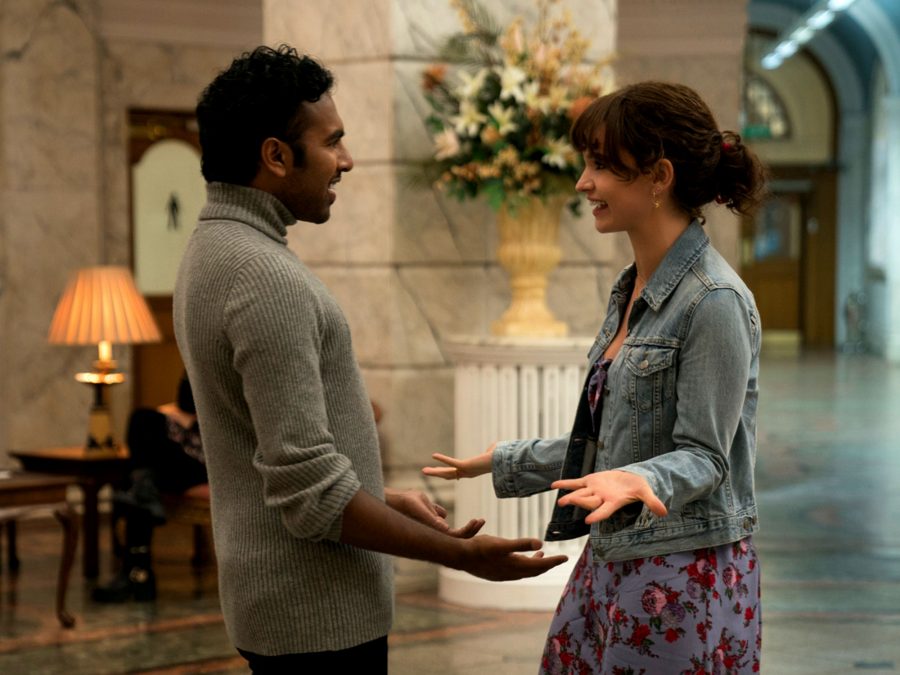 In the moment, Yesterday clips along at a rate of knots, and director Danny Boyle, flexing his Millions muscle, builds what may be the optimal delivery system for what transpires to be cut-rate material. It avoids the close-proximity shooting style of TV sitcoms, and Boyle really does his best to make sure that every gag has an odds-on chance of landing. The impression is that there was no single-take improv here – the scenes, the lines and the delivery were repeated until they worked.

Patel makes for a charismatic lead, and his spirited performance goes some way to plugging the vast contradictions and flaws within his character. The same goes for James, and she does get to do a little more than just bray from the sidelines. The film works through Jack’s rise to the top, then it pivots to a standard, saccharine-sweet “will he get the girl?” scenario and tosses the high concept from a high window to its death. Were Curtis’ levels of intellectual curiosity on a par with his desire to enshrine romantic conformism, we may be on to something. That so little is going on beneath the surface is perhaps what gives the performances a pleasing lightness and ample room to breathe.

Eventually, the film feels becomes the embodiment of that moment in I’m Alan Partridge, where our tavern-bound hero reveals that his favourite Beatles album is ‘The Best of the Beatles’. It craves mainstream acceptance and – unlike the Beatles – rejects innovation and a pressing need to show the audience anything they haven’t seen before. The irony of it all is that, in the cold, hard light of day, it’s ‘The Summer Song’ that would’ve vaulted Jack to stardom.

Danny Boyle and Richard Curtis: together… at last?

Amply breezy and amusing, but treats its novel conceit with contempt.