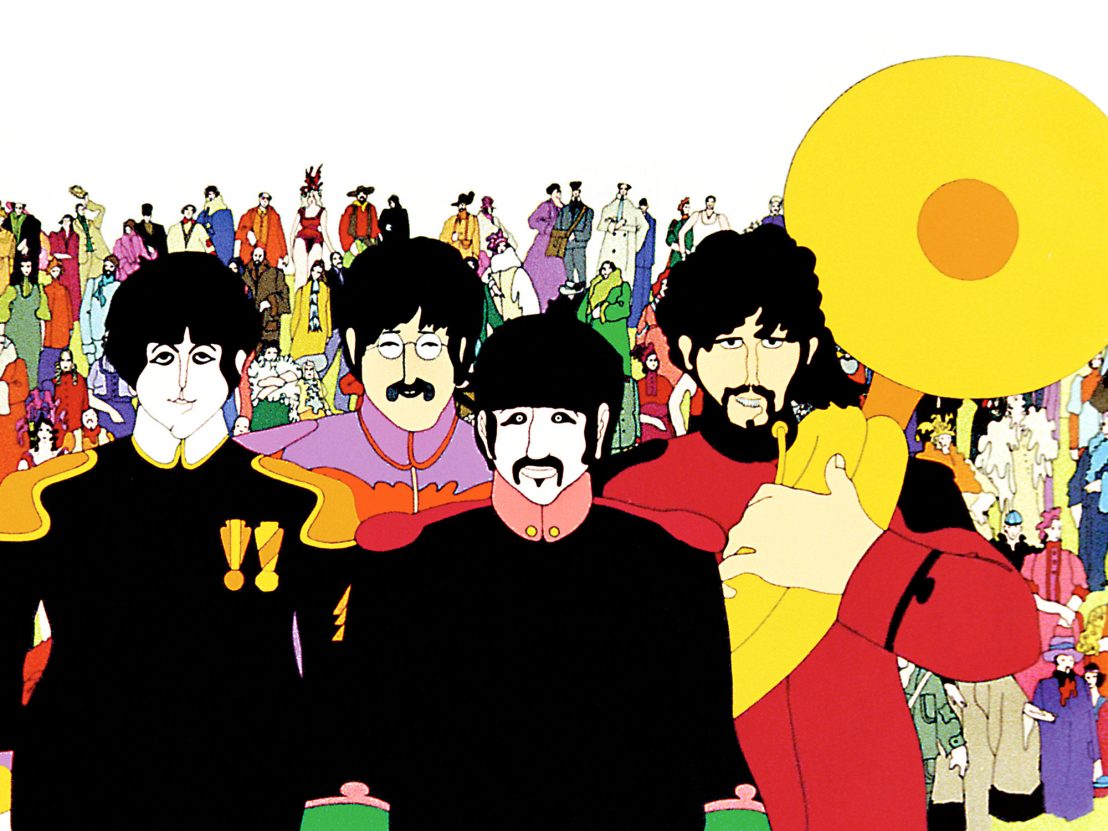 Fifty years ago, two psychedelic comedic fantasias premiered. Both were headlined by superstar pop groups, and neither bore any creative credit to those central musicians. The opening credits of Yellow Submarine list the film as starring Sgt Peppers [sic] Lonely Hearts Club Band, a savvy elision of the fact that these animated Beatles were voiced by impersonators. The credits of Head, meanwhile, list the Monkees as performers in a film which requires them to subject themselves to brutal excoriation – a bitter pill given that while they participated in brainstorming, they were denied input and credit on the screenplay.

For the Beatles, it was a perfect situation: offer a few songs, then allow other artists to provide new content to satisfy fans and buy more time to record the White Album. For the Monkees, the deal was mixed: audiences abhorred the film, dooming the Monkees brand, while the few who did embrace its radical energy focused their admiration on the producers credited with the vision.

But how do these two films compare when viewed today? And which has proved a better long-term investment for the central uncredited artists? To find those answers, we’ll have to start with a deep dive below the waves, where we’ll find a sea of green…

Black screen, white letters: ‘Once upon a time…’

A solemn narrator reads these words, and then psychedelic clouds overtake them as the narrator amends, “Or maybe twice.” This is a fairy tale. But not the kind you’ve seen before.

As modern myths go, Yellow Submarine’s foundation is solid. The premise – idyllic Pepperland is attacked by the vicious Blue Meanies, and only those loveable Liverpudlians can save the day – is essentially Seven Samurai on acid, and the design of figures like the fuzzy, jackbooted Blue Meanies and their cackling Dreadful Flying Glove is uniquely bizarre while possessing the heft of timeless icons.

Yet despite satisfying structure and aesthetics, the film is often uninvolving, particularly the formless odyssey that comprises the middle third. It seems spiteful to criticise a cartoon fantasy for lacking narrative propulsion, but it’s not the plotlessness so much as the lethargy. The actors portraying the Beatles speak with a sleepy disaffectedness that bears little resemblance to the buoyancy that made the band so beloved. Yellow Submarine often feels like a film projected at half speed, with characters wandering around mumbling wordplay, punctuated by dead air. 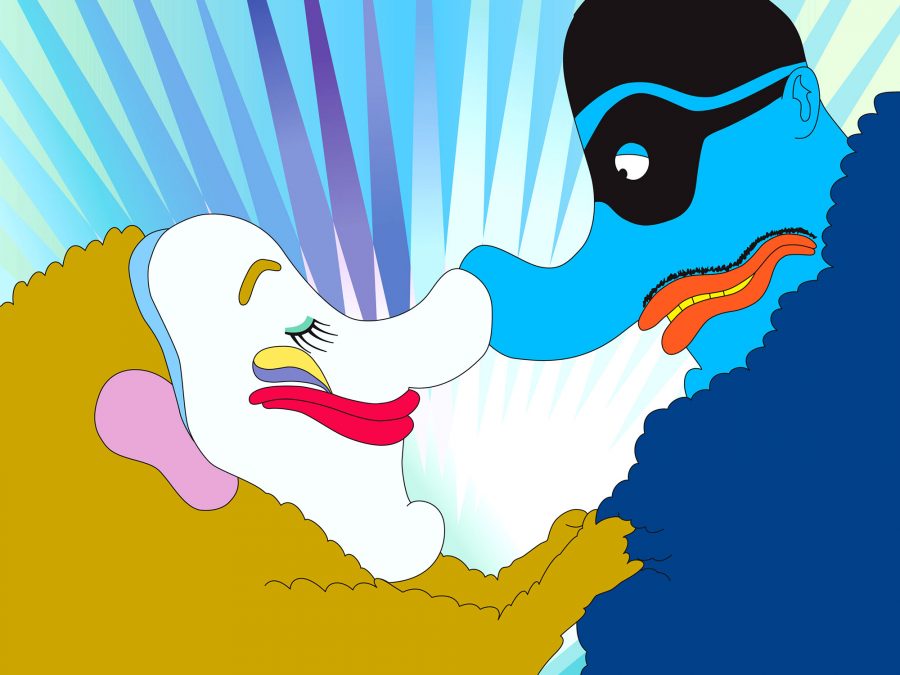 Complaints are rendered irrelevant, though, whenever a song begins. When a third of the runtime is spent listening to some of the greatest music in pop history while basking in head-spinning animation, and the balance is beautifully designed and often clever, it’s hard to muster complaint.

It’s tempting to wonder if fans expecting a Beatles movie got their money’s worth. With a story assembled from the band’s iconography as a clothesline onto which songs can be hung with minimal justification, it’s a precursor to jukebox musicals. When the real Fab Four appear for a disconnected live-action epilogue, there’s a sense of pandering, like heads of state popping in to justify the price of a palace tour.

But with the band having ceased touring two years earlier, opportunities to experience Beatles music in communal settings were rare, and this, along with critical admiration, spelled box office success. Beatlemania was free to flourish joyfully for a few months as the band toiled on the alienating White Album. “Good enough for Yellow Submarine,” they reportedly joked of any song that turned out below expectations, before turning back to creating avant-garde anti-music like Revolution 9.

There’s a common response to strange art: What were they smoking?

Head is a film with a clear answer. As legend has it, the concepts were brainstormed with the aid of pounds of marijuana, and the screenplay written while gobbling LSD. The result is possibly the shaggiest film ever made, never exactly boring but certainly exhausting. Devoid of the slightest concession to narrative, Head feels like an episode of Saturday Night Live if the sketches had no beginnings or endings.

As onscreen presences, the Monkees are immensely charming – as they should be, given the band was created by New Hollywood maverick Bob Rafelson in a deliberate attempt to ape (as it were) A Hard Day’s Night. Though they would fight to create their own music, the Monkees were actors first, and never fully shook their reputation as phoneys. That reputation is exactly what the film seeks to exploit, dismantling their appeal early and often. An opening number sees them aggressively shouting, “[we’re] a manufactured image with no philosophies;” later, a waitress sneers at Micky Dolenz, “You still paying tribute to Ringo Starr?”

It would be one thing if the Monkees were fictional. But in keeping with the Beatles homage, their onscreen personas were pitched as stylised versions of their offscreen selves. Thus, a joke at the expense of Dolenz’s persona is a joke at the expense of Dolenz himself. This might be in good fun if the Monkees had been allowed a creative hand. But Rafelson, looking to establish himself as a significant auteur, let them nowhere near the screenplay.

Alongside the somewhat exploitative use of men who’d granted their likeness as props in a satire of consumerism, Rafelson peppers the film with aggressively “serious” choices like cutaways to documentary footage of violence on Vietnamese citizens that are misguided and not nearly as trenchant as they likely sounded under psychotropic influence. 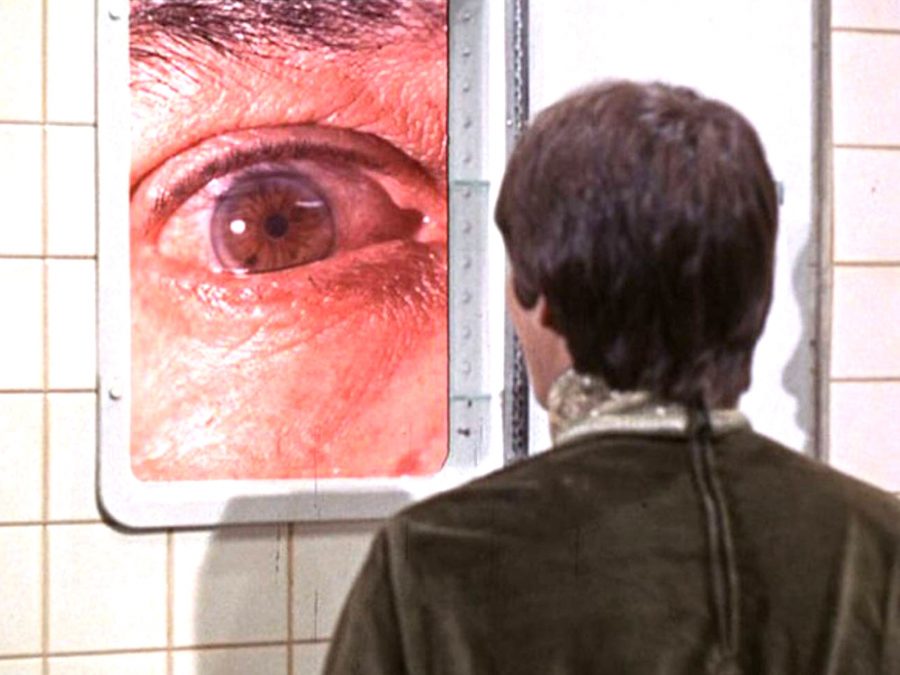 The film functions less as a musical than as a variety show with occasional performances, but the songs are showstoppers, and indicate the Monkees could have been poised to break out as musicians had the film succeeded. But Rafelson can’t have expected a hit when most paying customers for this experimental freakout would have been adolescent girls. One senses Head might have been a deliberate sabotage by Rafelson, detonating a franchise that was a credibility vacuum so as to create an avant-garde calling card and move on to Easy Rider.

The Monkees tried to forge ahead without Rafelson, but they soon closed up shop. Given Rafelson’s ambitions, it’s hard to imagine a world where the Monkees brand lasted much longer, but a more conventional film and a less acrimonious parting with their creator could have bought them enough time to escape the novelty-act reputation that still lingers around their legacy. But that scenario will have to be limited to the daydream believers of the world.

Yellow Submarine is remembered fondly today, although to what extent it enhanced the Beatles legacy is up for debate. Head, meanwhile, became an essential link in the chain of New Hollywood, one of the 20th century’s most significant artistic movements. It merits serious consideration, not to mention a spot in the hallowed Criterion Collection. That interest may be largely extratextual, but the Monkees can be said to have starred in a genuinely important work. That’s a lot more than most Beatles knockoffs can say, and a decent parting gift for this phase of their careers.

In one of Head’s musical breaks, Peter Tork repeatedly sings, “Do I have to do this all over again?” There’s a hint of weariness in his voice, one that belongs to him alone. The Monkees may not have written their dialogue, but the songs, at least, Rafelson couldn’t claim.

The Beatles closed up shop the same year that The Monkees did. “It’s all too much for me to take,” George Harrison (the real one) sings in Yellow Submarine soundtrack. Tork wouldn’t have to, and Harrison wouldn’t have to much longer. With one band forged in the likeness of the other before quickly becoming a study in contrasts, it’s pleasing to find such synchronicities in their two films released virtually simultaneously, even as they would land in such dramatically different places in history.

Tags: The Beatles The Monkees