As cringeworthy as it is entertaining.

We’re back in the Xander zone but the next one better be real good.

Vin Diesel is back as the world’s toughest, buffest secret agent. The results are thrilling and baffling in equal measure.

The actor’s athletic prowess provided the opportunity to stage some thrilling action scenes – an unforgettable sequence has him riding off on a motorbike just as a building explodes in flames below him – and also made of Xander Cage an unconventional, modern special agent. His unorthodox methods, tattoos and considerable swagger made him the perfect protagonist for a modern spy movie send-up.

What we have here is a film that crudely apes the Fast & Furious movies, with each actor given a chance to shine but barely enough screen time for any real character development. Orange is the New Black star Ruby Rose appears as Adele Wolff, an experienced sniper subject to some pretty basic lesbian jokes. Thai star Tony Jaa, playing martial arts expert Talon, is perhaps the most underused of all, second only to Game of Thrones regular Rory McCann who pops up as petty thief Tennyson Torch.

On their quest to retrieve the Pandora’s Box – a device that allows anyone in its possession to control satellites, effectively turning them into deadly missiles – Cage’s team is confronted by a group of mercenaries who are unaffiliated with any government organisation. Rogue One star Donnie Yen leads the pack as ex-special agent Xiang. He shines even more here, in less frantically edited fighting scenes that allow his incredible skills to speak for themselves. His partner in crime is Serena Unger (a passable Deepika Padukone, the biggest Bollywood star at the moment) while Nicks (Chinese-Canadian pop star and actor Kris Wu) is a DJ with deadly tricks who is more concerned with his music than matters of international security.

Still, at times the film is a lot of fun. Like when Xander races down a busy road on a skateboard, then glides through a dry forest on skis. The final 20 minutes, in particular, is entirely comprised of stellar, uninterrupted action. At a historical moment when being wary of the government is a fairly relatable sentiment, the film’s main theme ultimately becomes that of a simple choice between blindly trusting the state or retaining a degree of skepticism.

As cringeworthy as it is entertaining.

We’re back in the Xander zone but the next one better be real good. 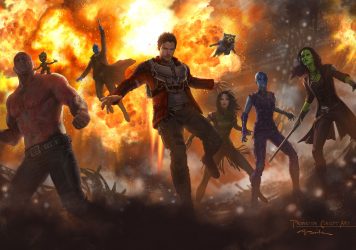 Guardians of the Galaxy Vol. 2 gets a teaser trailer