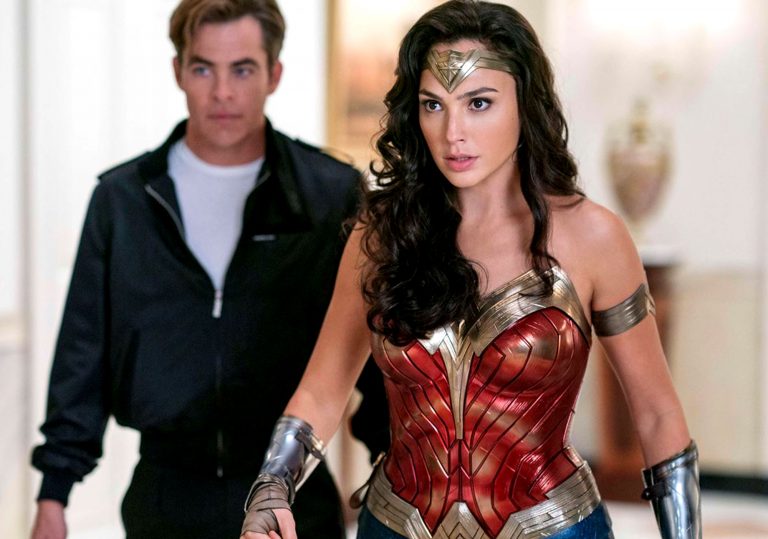 Chris Pine can wear the hell out of a fanny pack.

There’s plenty of pizzazz in Patty Jenkins’ DC sequel, but it lacks the charm and personality of its predecessor.

Rember the ’80s? Remember polyester and perms, aerobics and Reaganomics? Remember synth pop, hi-tops, acid wash and the inexplicable popularity of the bum-bag? Well, no matter if you don’t – the latest instalment in the DCEU is here to provide a whistle-stop tour of all the decade’s greatest hits, from Gary Numan songs to the advent of athleisure. Three years after introducing Diana Prince to a new generation via a glossy solo movie set against the backdrop of World War One, Patty Jenkins reteams with Gal Gadot and Chris Pine for a dayglo romp through the era of excess in Wonder Woman 1984.

When we left Wonder Woman (Gadot) at the end of her first solo outing, she was mourning the tragic death of her newfound pilot love Steve Trevor (Pine) who sacrificed himself during battle to stop David Thewlis taking over the world. She reflected on the fact that people are worth saving, and that the earth is a pretty nice place, all things considered.

Unfortunately for everyone, the underwhelming Justice League outing followed six months later, in which DC tried to follow the Marvel juggernaut’s team-up strategy with underwhelming results. Zack Snyder is set to try and course-correct all this with his revamped Justice League: Director’s Cut, which will premiere on HBO Max sometime next year, but in the meantime we get to see what Wonder Woman was doing in between saving the world for the first time and partnering with Batman and company.

Opening with a flashback to her time among the Amazonians in which young Diana learns a valuable lesson about cheating, the film then establishes its setting very firmly with a quick heist in a decked-out shopping mall. Some goons set out to rob a black market den operating out of a jewellery store; Wonder Woman turns up and gives them the run-around. Then it’s off to her day job for Diana Prince, who is studying antiquities at Washington DC’s Smithsonian Institute and largely minding her own business.

When ditzy new colleague Dr Barbara Minerva (Kristen Wiig) stumbles across a strange artefact confiscated during the heist, Diana’s interest in piqued. After establishing it might be some kind of magic wishing stone, Diana glumly wishes her old pilot beau was around, before inviting Barbara out to lunch where they talk a little about their respective lives.

It turns out poor Barbara is something of a loner; she has a passion for gemology and has a sweet friendship with a local homeless man, but for some reason, her inability to walk in heels and slight goofiness is enough for her colleagues to write her off as a complete weirdo. She is in awe of the graceful, well-liked, undisputedly beautiful Diana, and wishes she could be just like her. While, y’know, holding the mysterious wishing gemstone established previously. As one does.

Meanwhile, omnipresent television adverts introduce us to Max Lord (Pedro Pascal) a self-styled oil magnate who is trying to find investors for his company, Black Gold. It becomes apparent he’s not quite as successful as his media persona would have us believe, and he’s also on the hunt for the ‘wishing stone’, so he can make his dreams of striking it big a reality. 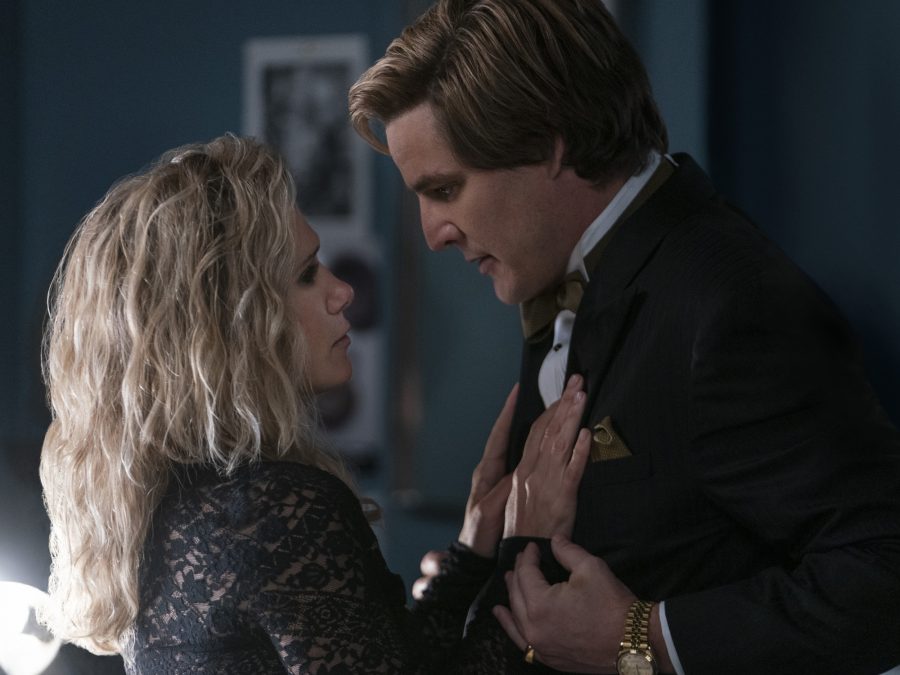 After worming his way into the affections of naive Barbara, he does exactly that – but Diana, apparently the only hero in the vicinity of Earth, is slightly distracted from the unfolding threat by the sudden reappearance of her lost love, who turns up in Washington a little bemused but otherwise no worse for wear. As Diana introduces Steve to the wonders of Nike sneakers and aerospace advancements, Barbara learns about figure-hugging clothing, and Max grants wishes with the reckless abandon of the Genie from Aladdin on a cocaine bender.

One of the enduring pieces of pop culture from the ’80s is Oliver Stone’s Wall Street, in which Michael Douglas’ ruthless stockbroker Gordon Gecko extols the virtues of unbridled capitalism. It’s clear that Wonder Woman 1984 is reading from a similar hymn sheet, trying to critique the era of excess by pointing out that the relentless pursuit of More with a capital M is likely to lead to ruin in the long-term. Of course, it could be argued this feels a little insincere coming from Warner Bros, particularly in the light of their recent HBO Max palaver, but even examining this idea solely within the context of the film, the overriding problem is that everything is a little vague.

Max wants to be rich and powerful, but there’s no solid sense of his motivation. Maybe it’s to impress his young son, who repeatedly says he isn’t bothered about his father being rich? Or because he had an abusive childhood (a fact revealed in a momentary flashback, delivered extremely late in the two-and-a-half-hour runtime)?

Pascal gives his all as a sleazy conman out for blood, but the film hasn’t got a clue what it wants to do with him, and poor Kristen Wiig barely gets a look-in as the much-hyped Cheetah (considered Wonder Woman’s arch-enemy in the comics). This nasty habit superhero movies have of hedging their bets by including two baddies for the price of one rarely pans out, leading to bloated runtimes and underdeveloped characters, and in the case of Wonder Woman 1984, it means that the third act redemption arc feels unearned.

We already had a fish-out-of-water plot in Wonder Woman, which makes Steve’s (admittedly charming) awe-struck attitude to the wonders of modern life a little old-hat. The most refreshing aspect of Diana and Steve’s relationship is how well they work together as a duo: he’s perfectly happy to let Diana run the show and feels no macho urge to protect her at all costs but rather assists her as he can; although we glimpse this in battle scenes, it feels almost accidental, as though the film is so preoccupied with pedalling its vague narrative about the perils of lying and greed, it doesn’t realise the elements which make it interesting in the first place.

Diana also seems to have less personality this time around. While the first film was an interesting look at how our core beliefs can cripple us when it comes to practicality, and showed Diana’s transformation from callow idealist to a more practical and worldly heroine, 1984 feels like a step back. The film’s ‘lesson’ purports to be that nothing built on a lie can prosper, but it seems odd that Diana would still need to learn this some 60 years after she defeated a villain whose entire arc was built around his use of deception to incite global carnage.

Similarly, all the vague chatter about oil in Arab countries and the assumption that able to wish for anything, the majority of world leaders would opt for more nuclear weapons rather than, say, an end to conflict and suffering, seems at best deeply cynical and at worst xenophobic.

What is Wonder Woman 1984 trying to be, exactly? A poppy capitalist critique? A love story? A missive against comparing yourself to other women? The film doesn’t seem to know, throwing so many ideas at the wall in the hope one of them sticks. It’s a shame, because Jenkins is clearly a gifted director, and the cast has a lot of talent in it between Pine, Pascal and Wiig, but they feel wasted in a muddled narrative which does nothing in the way of world-building or character development.

Never mind though – there’s approximately a hundred superhero movies delayed from this year that will be cropping up in 2021. Maybe one of those will be half-decent.

Chris Pine can wear the hell out of a fanny pack. 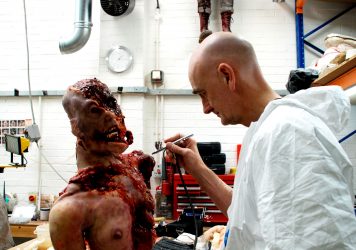