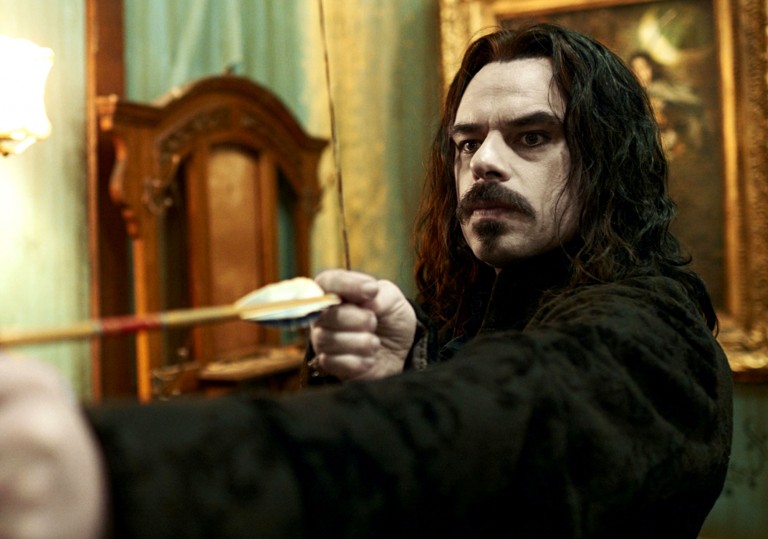 Flight of the Conchords alumnus make a vampire mock-doc. That could work...

It would be no lie to say that there are zero jokes in the frighteningly unfunny new film from Kiwi director Taika Waititi which has been co-directed by looming and laconic Flight of the Conchords star, Jemaine Clement. There is a single joke, but it doesn’t quite stretch to use of the plural. And this one joke has been hammered thin. It’s like the burly-armed and cantankerous members of a chain gang have been coerced to concentrate their steel-sledgehammers at a single point, just to get the one joke in this film thin enough to justify a feature runtime. And the joke itself really isn’t that great.

The film asks the question, what would happen if the iconic staples of those old Universal horror films – vampires, werewolves, etc – were dropped into modern day Wellington and had to muddle on in the best way they can? This involves ticking off all the clichés associated with those monsters and then filtering them into some banal domestic situation. So it’s vampires arguing about who does the washing up or werewolves trying to suppress their anger issues by blurting hashtag-ready catchphrases.

What We Do in the Shadows is a mock documentary in the tradition of Spinal Tap but one which has no faith in the form or the idea that it’s only funny if it genuinely feels like the material is skirting that thin boundary between reality and fiction. Waititi and Clement always lunge for the cheap gag at the expense of sustaining the illusion, which makes the film come across as a exercise in lazy, self-satisfied guffawing.

It’s essentially a Funny or Die piss-take of Jim Jarmusch’s sublime (and actually hilarious) Only Lovers Left Alive, in which the banality of the vampire life felt so much more vital and moving. Here, there’s barely a whisp of realistic emotion, as these housemates act like preening students who only care about ex-girlfriends and getting into night clubs. The realist sheen also clashes with the fact that all the characters are comic cyphers rather than real vampires with real problems.

Though the intention is for the material to translate as sweetly sincere, these innocent larks also encompass that perennial cinematic no-no: gore-based comedy. Yes, we have severed jugulars, blood puddles and sundry murders along the way, all of which give the already unfunny proceedings a dash of unwanted seediness. Clement, predictably, is the top trump, and there’s also some added value from Conchords second banana Rhys Darby, though Waititi, who plays the loved-up and vain Viago, would do well to stick behind the camera in future.

Flight of the Conchords alumnus make a vampire mock-doc. That could work...