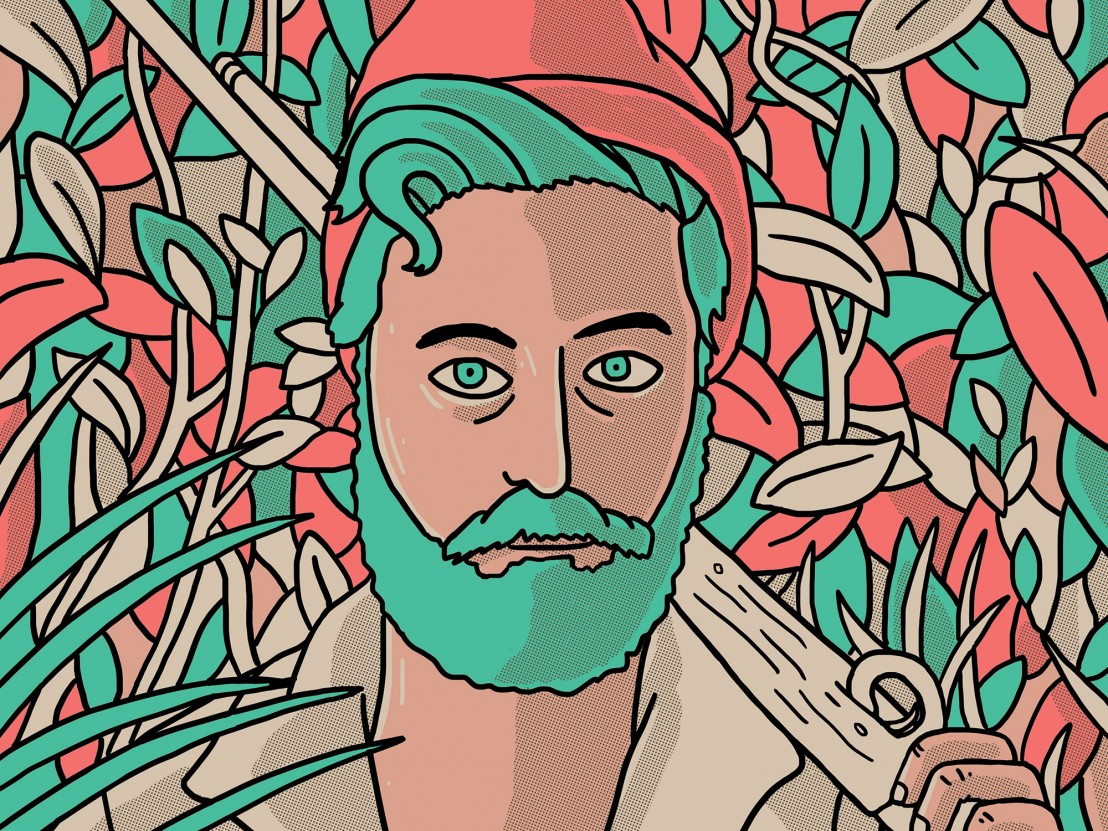 Taika Waititi is New Zealand’s most exciting cinematic export since Peter Jackson. As the quick-witted mind behind cult classics Boy and Eagle vs Shark, he has smashed box office records in his home country twice over. His latest film, Hunt for the Wilderpeople, is a recklessly funny road trip, starring Sam Neill as an accidental child abductor allied with a “bad egg” orphan. While on location in Brisbane, directing Thor: Ragnarok, the comic treasure told us how he’ll always choose to work with friends.

LWLies: How did you first hear about the book, ‘Wild Pork and the Watercress’, which Wilderpeople is based on?

Waititi: I was approached by a few producers, at first they just talked to me about writing the adaption. This was quite a while back, about 2004 or 2005. I went for a very different tone in the early stage that was much more like the book. It’s not a funny book and it’s very different to the film. I ended up giving up all my notes and went and made my three other films. I offered to take the rights to the book and film it. I was more confident about making myself and thought, ‘I’m going to do it.’ Quick and cheap, with lots of laughs and bigger.

Do you think if you hadn’t made your other films beforehand it would have been a success?

Whenever you read a book, do you find yourself thinking about how it could be adapted for screen?

Often I do. Even when I hear a story or an anecdote I’ll think, ‘Shit. You’ve got to write that into a movie, mate. That’d be great.’ But, so many good books would never make good movies. Sometimes it’s more about the idea. Wilderpeople is based on a beautiful, poetic book. A true adaption just wouldn’t have worked. They’re out in the bush for about four years in the book. Ricky grows up and gets skinny. They’re not running, they’re just living out there and it’s not funny. There’s no sense of adventure, no car chases, there’s no social workers with rifles. I added all that stuff because it felt like it just needed a bit more of that. The basic entertainment, to pull the audience in.

Your films have a very specific, self-mocking sense of humour. Are you ever been criticised for making a joke at the expense of New Zealanders?

When I made Boy, there a couple of people, mostly non-Maori who said, ‘Oh my god! I can’t believe you portrayed maori people like that.’ In fact, universally, every Maori person who watches Boy recognises that that’s exactly what it’s like: cramped, funny and sweet. Exactly what I put on screen. It’s usually people who are trying to defend something that they don’t understand. It might be weird humour that they don’t get, but most accept it as a certain style. A lot of it is making fun of where I grew up myself. I mostly only get praise for it.

I’ll poke fun more at an international idea of what New Zealand is like. Of course we have amazing technology. We’re so close to Asia, so we get a lot of their shit before anyone else. In all my films you’ll see that I joke about people thinking we only got TV a couple of years ago. Or, at the idea that we only have really old equipment, like the Stingray contraption that the police were using in Wilderpeople.

Do you think your maori roots helped you become a better storyteller?

I would have loved to have thought that but I don’t think that’s true. I think everyone has uncles and aunties who are incredible at telling stories. Coming from a Polynesian tradition, the idea that maori are renowned for storytelling is correct, but it’s not something that’s taught. It’s not something that’s been embraced in education. One of my biggest criticisms of school was that up until age eleven you’re encouraged to be creative. As soon as you hit a certain age it’s all maths and business. They teach the practical things that you need to survive in the world. And yet, they don’t speak to you about taxes. Being told to stop writing, stop being creative, stop daydreaming – for me – is so dangerous.

As a director, how does the experience of working with a young actor like Julian Dennison and a screen veteran like Sam Neill differ?

You know what? There isn’t a real difference. Sam has a lot of experience and he is a big actor. He hits the mark. He knows how to play the part. If we’re running out of time he goes, ‘Yep, come on, we can do it.’ Julian’s very fresh and raw and he hasn’t really learnt all the tricks of filmmaking yet. He’s very reliable, but he couldn’t always hit the same mark as Sam. But, then again, there’s a lot of experienced actors who couldn’t hit that mark. Julian and Sam were very good to each other. Julian would always make sure Sam was warm enough on set and Sam would go get Julian a cup of tea. They looked after each other. It was important to me that they had a bond.

You’re known for having a cast of regular collaborators. Do you prefer to work with people with whom you already have a creative relationship?

I prefer working with my friends. There’s just no bullshit. I can talk to them how I want and say, ‘That was lame’ or ‘that wasn’t funny.’ I think your job should be fun. You should surround yourself with people with whom you have fun with every moment on set. It’s really hard to make a film or get a job making one in the first place, so you may as well enjoy it. I love being with good, funny, creative people. I really don’t have any time for egos or superficiality. I have a big enough ego for everybody.

You’ve been an actor, an artist and a comedian. Do you think you have finally found your craft in filmmaking?

I’m still willing to explore other avenues. I feel like I’ll run out of ideas for films soon, or run out of patience or interests. I’ve spent much of my life doing film as very much a “job” and it’s been great, but I never really expected to do it for so long. I often fantasise about stopping making films and going back to something that’s a bit more personal. Film involves so many people and I quite like working by myself.

You’re in Brisbane filming Thor: Ragnarok. Have you have lost a bit of creative freedom working on such a large-scale film?

It still very much feels like one of my films, the way I’m covering it. But, it has to fit within a larger frame, a larger universe. I have to take into account the four other films that have been made. There’s a certain style to be maintained in action films as much as there’s a certain style to Marvel. You’re working with a larger group of people too, which is good. I don’t know how handy I’d be if it was just me.

You often appear in your own films. Will there be a Thor cameo?

Maybe like I’ll walk through a shot. I’m trying to figure out something, but I’ll only do it if it’s really good.

Hunt for the Wilderpeople is released in cinemas 16 September.