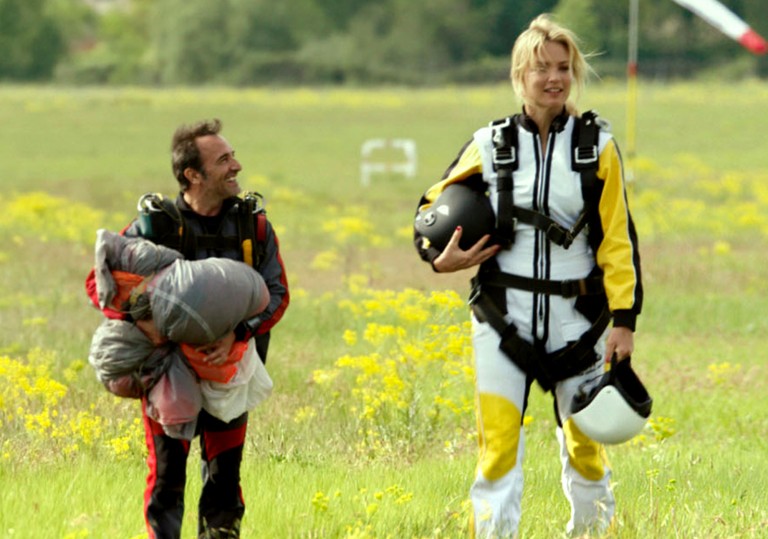 The original was a hit…

The hilarity of being a short person is leveraged in this very silly, single-note French rom-com.

In this Franco-Belgian remake of the 2014 Argentinean rom-com Corazón de León, Diane (Virgine Efira) forgets her phone in a restaurant and finds herself receiving a call from the man who finds it: a charming architect named Alexandre (Jean Dujardin) who convinces her to meet him for lunch the next day. The twist? Alexandre is 4’5”.

That’s really all you need to know because from then on the film degenerates into a cascade of laborious jokes largely revolving around Alexandre’s small stature. He struggles to reach things on the top shelf. He finds himself wearing the same outfit as a 10-year-old boy. It wears extremely thin, and yet, unbelievably, the height gags just keep on coming. We get it, guys. He’s short.

Much of the conflict revolves around Diane’s difficulty to move past the bemused, and often crass responses of friends, family and bystanders to her new relationship. The prize for the most absurd reaction goes to her mother (Manoelle Gallard), who upon finding out who her daughter is dating, proceeds to drive against an oncoming stream of traffic for several blocks. So far, so improbable. It’s not that the film doesn’t try to make legitimate points about attitudes towards social acceptance.

An exchange between Diane’s despairing mother and her deaf husband is particularly illuminating (‘You live with an invalid too,’ he tells her. ‘Yes, but it’s not physical, she replies tactlessly, ‘it’s doesn’t show’). It’s clearly included to underline the hypocrisy of her refusal to accept her daughter’s relationship on the basis of a physical, and therefore visible impairment. It’s a shame then that interesting moments like these are largely swept under the rug in favour of Alexandre being repeatedly tackled by Luchio, his enormous dog.

The two leads manage to give solid performances despite the subpar material they have to work with. Dujardin in particular manages to bring some level of depth to the role so that his character’s height isn’t entirely played for churlish laughs. The relationship between Diane and Alexandre is sweet to watch on occasion, but even Efira and Dujardin can’t save it from an influx of dreaded Hollywood clichés. They’re both decent actors. It’s unfortunate that their talents are wasted on a film that never manages to rise above mediocrity.

The original was a hit… 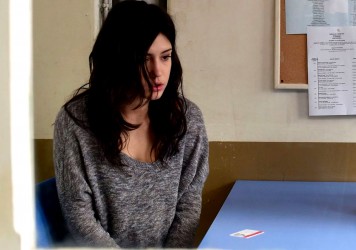