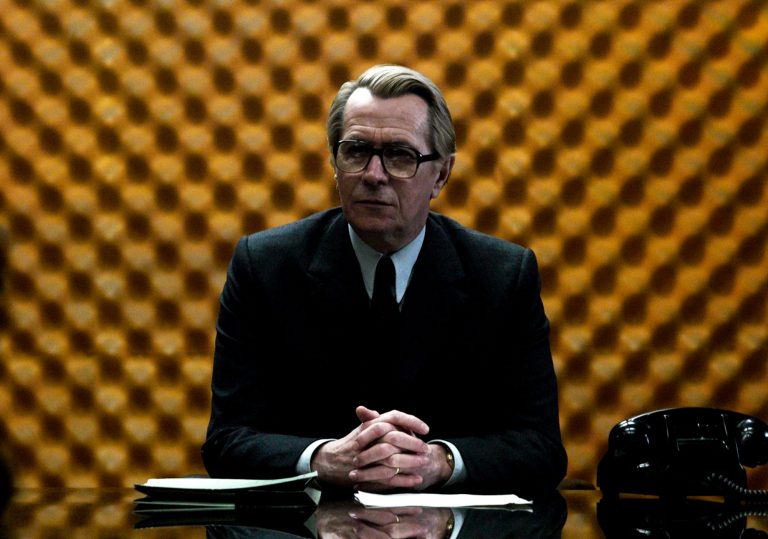 A classy story of duplicity and paranoia from an uncompromisingly gifted filmmaker.

There’s a paradox at the heart of Tinker Tailor Soldier Spy, Tomas Alfredson’s elegant follow up to 2008’s Let the Right One In. In adapting John le Carré’s 1974 espionage novel, the Swedish director has chanced his arm by eschewing contemporary crime thriller trappings in the name of unmitigated authenticity.

He’s right to – the slow-burning anti-Bourne plot commands it – but his loyalty to le Carré’s billowy prose will be lost on those conditioned to coo along to the two-fisted testosterone of Damon, Craig and Jase the Stath. But although it’s both anomalous and out of fashion, Alfredson’s film is, by the same intimation, a priceless antique set conspicuously in a sea of noisy thrift-store clutter.

We open in Budapest where a bullet travels through the back of MI6 officer Jim Prideaux (Mark Strong) to the heart of the British SIS, tipping Control (John Hurt) off his perch and forcing his closest ally, George Smiley (Gary Oldman), into retirement. But a tip off from an AWOL agent sees Smiley recalled to unearth a Soviet mole in the ranks. Picking up where Control left off, Smiley and wide-eyed upstart Peter Guillam (Benedict Cumberbatch) set about exhuming the Circus’ most deeply buried skeletons.

Oldman’s proclivity for playing villains makes him something of a suspect choice for the lead, but his ability to simultaneously convey hangdog fragility and silky sangfroid with nothing more than a creased brow is exactly what the character calls for. Smiley’s a man of few words and firm principle; unconditionally devoted to boosting Blighty over the Cold War hump.

His edge over the four prospective defectors (Toby Jones, Colin Firth, Ciarán Hinds and David Dencik) he’s been appointed to collar is that he’s not out for personal gain. Restoring the integrity of the institution he loves is ample motivation. The strength of Oldman’s turn carries with it the sinking afterthought that he has been wasted in recent years.

Tom Hardy, meanwhile, gives the old hands a sprint for their shilling as Ricki Tarr, the maverick recruit whose return brings about the hunt for the double agent, but in truth it’s the concerted efforts of the aforementioned sextet that makes Tinker, Tailor so compelling. This isn’t merely an actors’ film, though. While Oldman and co compensate jargon-heavy but essential exposition with deftly nuanced performances, it’s the grainy, sepia-tinged finish applied to Alfredson’s meticulous recreation of 1970s London by regular cinematographer Hoyte Van Hoytema that you’ll wind up getting lost in.

While spy flicks have become progressively more superficial since the days of Three Days of the Condor and The Conversation, Alfredson’s atmospheric and at times devastating whisper revels in the unglamorous, austere nature of covert lives. If his class was obscured from mainstream view before now, consider the secret out.

A classy story of duplicity and paranoia from an uncompromisingly gifted filmmaker. 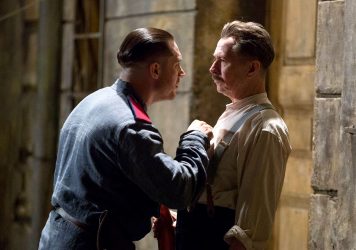 Tom Hardy’s Russian accent may be a deal breaker for many watching this enjoyable potboiler.