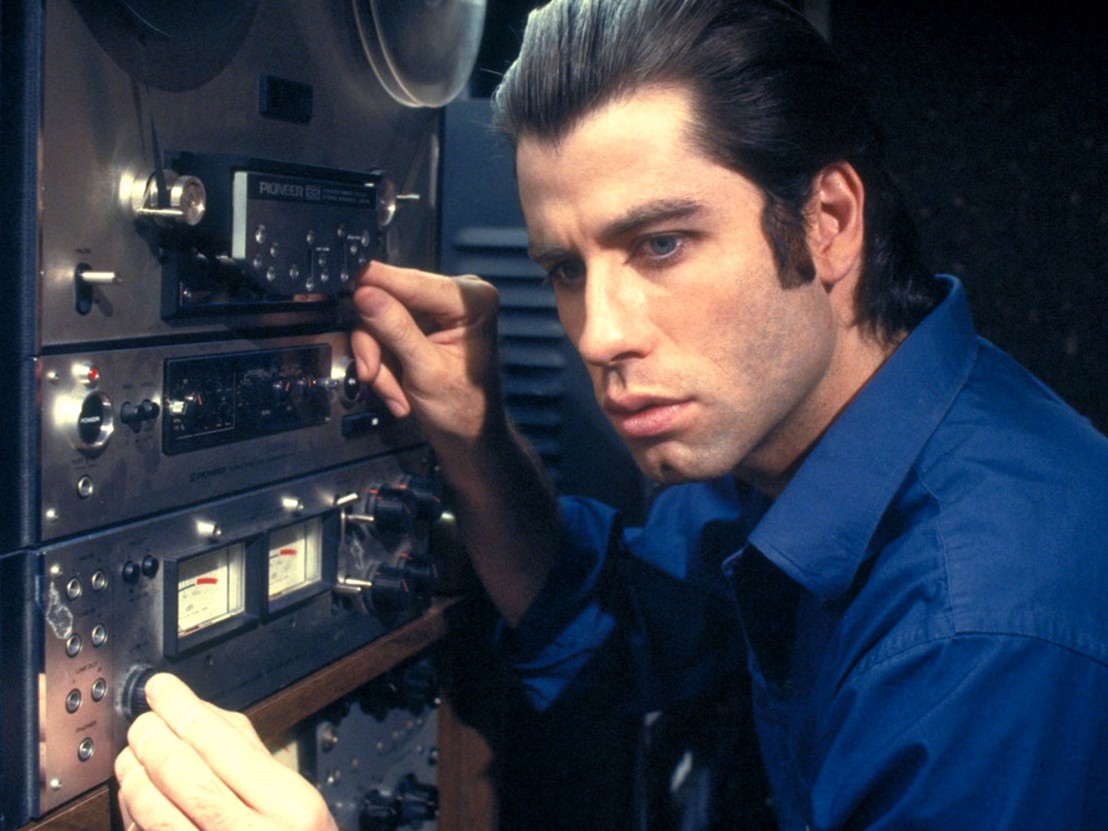 Despite its overt political themes, Brian De Palma’s Blow Out is seldom cited as a political film. It is steeped in the paranoia and iconography of post-Nixon America, drawing heavily on real-life political scandals like Watergate and Chappaquiddick, but more directly it operates as a comment on the craft of filmmaking. A deeply personal text from one of cinema’s purest auteurs.

Or is it? It’s hard to deny that the film, which celebrates its 35th anniversary this year, is principally an achievement in visual style, but look a little closer and it becomes apparent that Blow Out has an agitated political heart. Such anxiety doesn’t necessarily come from the political beats that drive the narrative – reflections of Vietnam-era assassinations, Watergate-era surveillance – nor is it synonymous with the kind of paranoia that infected the national psyche in the ’60s and ’70s. Instead, it is related to a much more universal struggle, one which pits a working-class everyman (a career-best John Travolta) against a sinister ruling elite insistent on protecting the powerful and the wealthy.

Travolta’s Jack Terry does everything his constitution tells him is the right thing to do, and he is punished for it, slapped back into place for having a blue collar and empty pockets. The information he has is of value to the American people and he pays for it with his life – not literally, like his partner, Sally (Nancy Allen), but with his American life, with the things he needs to know and trust to continue living as a citizen of his country. He ends the film alive but far from well. This is the politics of despair.

The film’s tragic final scene is among the most sorrowful, albeit gorgeous, in all of cinema; the (fictional) Liberty Day parade provides a cruel and ironic backdrop to Terry’s crack-up, Travolta matching the tone of the story by twisting and turning through a Philadelphia seaport awash with red, white and blue. Thousands of everyday patriots have taken to the street while in the shadows a government fixer (John Lithgow) is killing a young woman, disavowing the basic principles on which America was founded. Blow Out’s genius is to present the difference between what a country believes itself to be, and what it actually is. No matter the country. No matter who’s in charge.

Throughout this climactic scene cymbals crash and fireworks bang. They hang in the sky, colourful bursts of unadulterated patriotism for the revellers below to gawp in awe at. These people have been sold the belief that if they work hard for their country, if they defend its constitution and serve its enforcers, they will be rewarded – in this case with a showy parade that literally reminds them of the “Liberty” they are supposed to be so grateful for. What they don’t see is the firework coming down as a damp squib; its light a mere distraction from what’s going on in the dark.