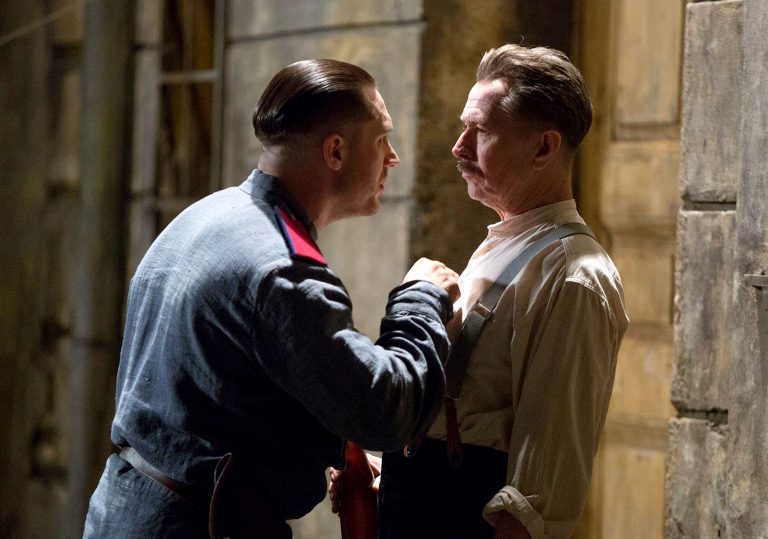 There’s an interesting film in there somewhere, behind all those accents.

Very silly, but good silly rather than bad silly.

Tom Hardy’s Russian accent may be a deal breaker for many watching this enjoyable potboiler.

You can imagine that there were lengthy and heated discussions which took place before the making of Daniel Espinosa’s Child 44. Nothing to do with its intricate plotting or the desiccated Stalin-era production design, but everything to do with whether its pan-European cast should all intone their lines with a throaty Russian lilt.

You can never second guess as to whether eyelids would’ve been batted had the characters in this screen adaptation of Tom Rob Smith’s potboiler doorstop all spoken in their regular, unaffected accents, but it would’ve certainly made the scope for knee-jerk critical potshots a whole lot more narrow.

Tom Hardy clearly has no interest in reading dialogue to camera in his gravelly everyday voice, and he’s an actor who enjoys the job of stepping into another person’s body in a manner which is as immersive as possible. It would be fascinating to hear whether Hardy’s predilection for accents is just a case of him throwing himself into his job, or if he feels that each character he plays has to have a distinct voice almost as a way to help him step outside of himself and make a more meaningful connection with this other (fictional) soul.

The inventive context of Child 44 sees the Soviet military police attempting to make stark reality neatly interlock with the edicts of state ideology. In this case, the suggestion that communism offers its comrades a sunny utopia where the possibility that one man might murder another runs counter to material truth. So when a child serial killer begins picking off knee-highs at various rail terminals across Southern Russia, autopsy reports claim that these victims are being knocked over by trains despite bodily markings that would suggest otherwise.

Hardy’s Leo Demidov is one of the state’s most respected and feared investigators, but he seriously blots his copy book when he begins to question the morality of hushing-up child murders so as the political paperwork is amply rosy and no-one is hauled in front of a trigger-happy firing squad. Add to this the inkling that his wife, Raisa (Noomi Rapace), may be a spy who only married him as a way of getting to hob-nob with top-tier types, and Leo is suddenly playing a very dangerous game indeed.

The concept of having a murder mystery which involves the duel task of the hero not only having to solve the murders, but actually convince the bureaucracy that murder is actually a thing that exists, is rolled out in an amply robust fashion. Hardy chews the scenery to the point where it resembles a soggy Soviet mulch, and his teaming with a fiery Rapace generates some nicely ambiguous chemistry. It all gets a mite preposterous on its home stretch, and the intricate scene-setting means that the hunt for the killer comes across as something of an afterthought. It’s an unapologetically pulpy double-portion of sickly-sweet Euro pudding, but all-told, it looks and tastes pretty good.

There’s an interesting film in there somewhere, behind all those accents.

Very silly, but good silly rather than bad silly.