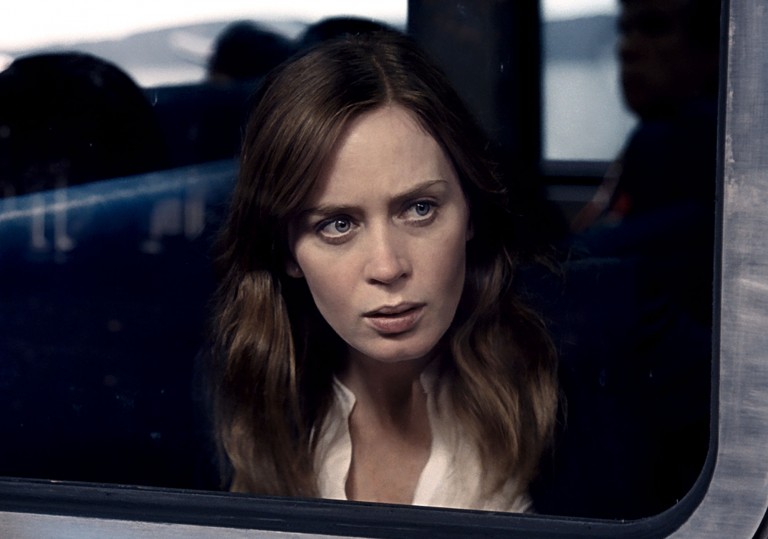 If Emily Blunt’s in, so are we.

Those ker-azy twists may have worked on the page, but here they just seem silly.

Maybe give the infinitely superior Gone Girl another spin?

When you’re on your daily rail commute, glancing out the window as the flickering light plays off the smudged glass, the landscape whipping by your eyes, do you ever wonder what goes on in all those little houses by the tracks? Erm, what’s that? You don’t? You couldn’t care less? Ahh, okay… That could be a problem.

For a very small moment in Tate Taylor’s drably competent literary potboiler, The Girl on the Train, the idea of our capacity for everyday voyeurism is thrown into the mix. What do we see when we’re gawping out into the void of picket-fenced humanity? Though it, like pretty much every idea and event in this entire film, is quickly revealed as a crass plot mechanism, only featured so it can be drawn upon later to explain something else.

Paula Hawkins’ source novel has sold in vast quantities, and so this inevitable screen adaptation attempts to strike while the commercial iron is still hot. It’s a twisty, perspective-switching thriller which draws on various hot button anxieties. Original, creative insight, however, is notable by its absence. It also runs with a brand of cod, pocketbook psychology that plays very fast and loose with real human behaviour, in particular the idea that depression causes the sufferer to falsify memories. Perhaps this is true, perhaps it isn’t, but the concept is employed here purely as justification for a late game killer plot twist where grim reality comes flooding back. Eyes will roll.

Emily Blunt’s involvement is the only element that clasps the attention, though it’s perplexing that she should play the role of a spurned lover, alcoholic drop-out and potential murder witness in a register of high-strung seriousness. Drunk acting is often a very, very bad idea, but Blunt nails it, eschewing the comedy hiccups and dizzy stumbling in place of the pissed-off thousand yard stare. To her credit, she does evoke a genuinely damaged person who is freighted with head full of confusion and grief. But it’s not enough…

The core absurdity of the story calls for some kind of sly wink or a jocular nudge to the ribs. David Fincher’s similarly inclined Gone Girl was successful because it kept the viewer guessing, not just who the culprit is, but how Fincher was processing the pulp. Lisa Kudrow and Allison Janney crop up in small supporting roles, promising to cut through the rictus austerity, but there’s no such luck. To do so would be to dampen it’s eventual feminist wisdom bomb message, which arrives at the expense of anything even close to idle pleasure.

This is a film in which no-one is really who they appear to be. Everyone exists behind a wispy suburban smokescreen. People handily remember things. There are occasions where hazy events are clarified through random encounters. When you look at a house, you see a house, not timber, bricks, plaster, paint, glass. But when you look at this film, all you see are its constituent parts. The way the story has been pieced together remains glaringly visible. Movies are machines, but it’s the job of a director to make them look beautiful, to hide all the cogs, levers and gears. Tate Taylor fails in that mission.

The climax features a sequence which is so pinkie-finger-raised-to-side-lip ironic, that it would deserve its own verse in the beloved Alanis Morissette anthem of the same name which also famously mis-appropriates the term. What it means to say is, ‘isn’t it annoying?’

If Emily Blunt’s in, so are we.

Those ker-azy twists may have worked on the page, but here they just seem silly.

Maybe give the infinitely superior Gone Girl another spin?