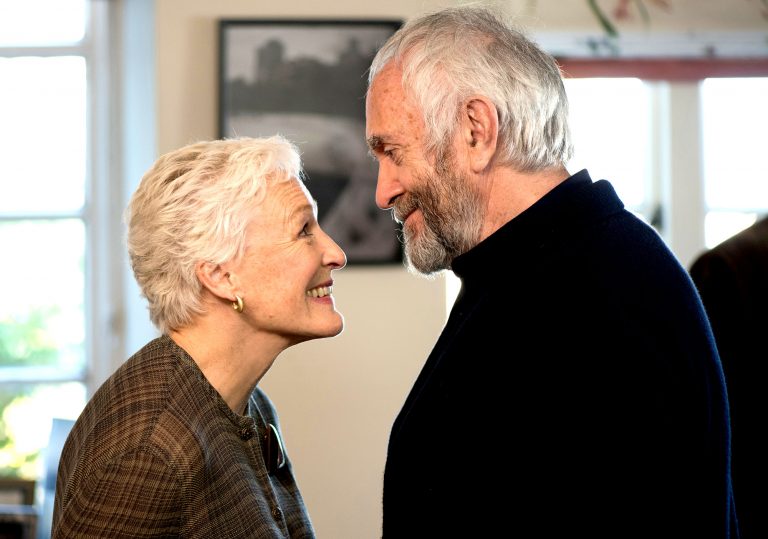 A brilliant cast, but does the title hide more than a perfunctory story of a frustrated spouse?

A smart critique of the perverse ways in which society diminishes women.

An intelligent drama that treats its disempowered heroine with the respect she deserves.

Joseph Castleman (Jonathan Pryce is the first to admit that without his wife Joan (Glenn Close), he never would have become the talented and renowned writer he is today. As Björn Runge’s The Wife opens, its protagonist is in his sixties, with many well-praised books under his belt. When Joseph gets a call announcing that he has won the Nobel Prize for Literature, it’s only natural that Joan should listen in on the other phone and that she should be the first person he thanks in his speech in Stockholm. Whether she likes it or not.

Today’s cinema landscape is pretty barren when it comes to presenting talented actors in the midst of deep conversation. Where such scenes do exist, they tend to act as breathers between action sequences where the performers are often ghosts of themselves, hidden behind CGI. Runge’s film, therefore, has the competitive advantages of a dramatic premise and a first-rate cast.

Joan muffles a secret which Joe pretends doesn’t exist, while Christian Slater’s writer Nathaniel persistently confronts the couple, hoping that his upcoming biography of Joe will be even more juicy for it. This complex ballet of the unspoken allows the cast to really let rip – Slater and Close in particular share some deliciously ambiguous moments of tension, sexual or otherwise. Their closeness hints at an impossible Dangerous Liaison.

Close seems to be returning to the archetype of the deceptively serene woman, and although Joan is less manipulative than her Marquise de Merteuil in Stephen Frears’ 1988 masterpiece, and more collected than bunny-boiler Alex Forrest in Fatal Attraction, she too refuses to be ignored. Joe’s prestigious recognition sparks in her a wave of recollections, tracing back from her first meeting with him when he was her teacher of creative writing in 1958.

Their history is revealed to be increasingly complex, which saves these flashbacks from the usual trappings of cheap period piece nostalgia. Add the fact that the couple’s first names are so similar and it all begins to feel like an ominous sign. Ambition, a shared passion for writing, love and misogyny all coalesce to reveal a darker reality that progressively colours and illuminates Close’s enigmatic performance. There is more pain to this compassionate partner than meets the eye, but also more intelligence and strength. This understanding of Joan as a woman who made a calculated choice rather than a victim is what makes The Wife more than a sad story of male entitlement.

Nathaniel too recognises Joan as the more interesting member of the Castleman team, and Slater, with his trademark seductive sleaze, is perfectly primed to turn this frustrated author into a more appealing character. It is the impressive construction of Jane Anderson’s script, adapted from the 2003 novel by Meg Wolitzer, that grants each protagonist a similar, slowly revealed complexity. Each new conversation and revealed memory is a layer uncovered, leading up to a satisfying explosion of words.

Yet even that resolution hides another, culminating in a perplexing twist that nevertheless feels right. Life for Joan has been a succession of compromises, and whether she will keep the memory of them all to herself will continue to be her choice and her choice alone. Therein lies her power.

A brilliant cast, but does the title hide more than a perfunctory story of a frustrated spouse?

A smart critique of the perverse ways in which society diminishes women.

An intelligent drama that treats its disempowered heroine with the respect she deserves.