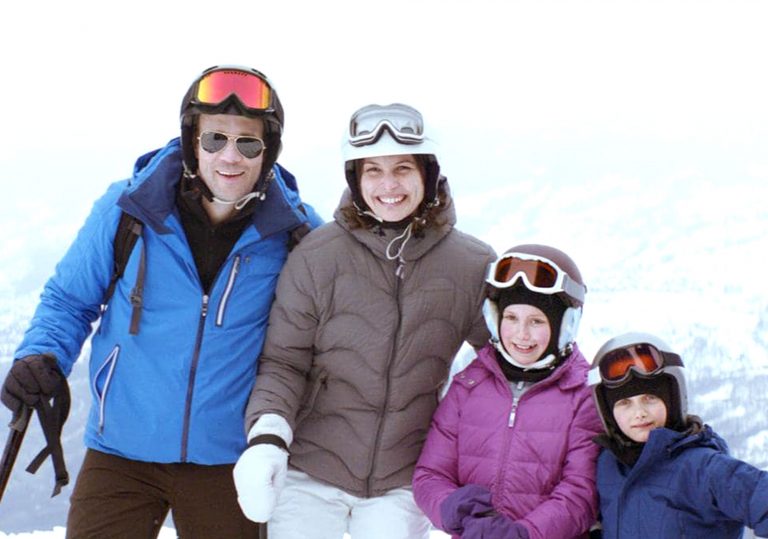 A wayward slalom, bedazzling at best.

It’s a shame, because Östlund promised so much with his second feature, 2008’s chillingly precise, quietly hilarious Involuntary. And while his 2011 follow-up Play fell disappointingly flat, Force Majeure was one of the critical hits of the 2014 Cannes Film Festival.

The film shoots for the soft target of bourgeois complacency with focus on genial thirtysomething Tomas (Johannes Bah Kuhnke). Escaping work with wife Ebba (Lisa Loven Kongsli) and two kvetching bairns in the French Alps, Tomas’ inadequacies are revealed when a “controlled” avalanche threatens catastrophe. Abandoning his kin — but seizing his smart phone mid-scarper – Tomas compounds his sins by denying cowardice when Ebba idly mentions the incident among pals.

The plot thus pivots around a single moment of panic with Tomas spending the remainder of the film’s two hours desperately trying to acknowledge/overcome his milquetoastishness, mainly through talky, interior scenes that exude incongruous theatricality alongside spectacular outdoorsy interludes. Östlund’s experience of the milieu — he cut his teeth on skiing documentaries – is evident from the assured poise with which the artificial pseudo-paradise of Les Arcs is conjured, a zone of unsettlingly Cronenbergian accommodations and well-heeled discontents (“Here I am in this fancy hotel, and I’m not happy…”)

It’s a repellently gilded bubble, ideal for such a punishment-of-luxury exercise, with the working classes tactfully invisible, bar one surly-sinister maintenance bloke, gazing implacably as he puffs a verboten indoors cigarette. He instinctively grasps that something is amiss; us too, via the interplay of Fredrik Wenzel’s crystalline cinematography and Ola Fløttum’s jarringly intermittent orchestral score.

Force Majeure also indicts the ubiquity of technology, most obviously the smart phones by which so many in Europe (and beyond) have so quickly become obliviously enthralled. Ski-lift mechanisms appear as potential death-traps. Motorised transport is alarmingly hazardous. The climax, in which a howlingly inept, automatonlike coach-driver (another disconcerting proletarian) struggles with mountain hairpins is heart-in-the-mouth hilarious.

Such Involuntary level excellence, however, shows up the rest of the film as an essentially hollow contrivance, more concerned with pushing hot buttons and sparking discussion than organically developing characters or probing complex issues. It’s beautifully handled, but even dazzlingly stylish technical elan only gets one so far. Involuntary showed what Östlund’s capable of. Force Majeure is like watching Killy or Vonn murdering nursery slopes: brilliant, breathtaking, facile, pointless.

A wayward slalom, bedazzling at best.