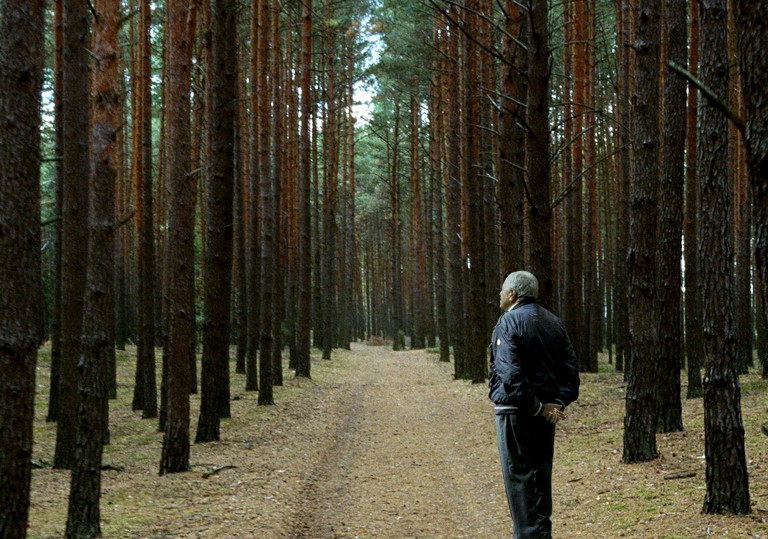 A historical restoration for a modern day reckoning.

Claude Lanzmann’s 1985 magnum opus, Shoah, has cast a long, lingering shadow over both the career of its creator and the discipline of documentary filmmaking in its entirety. In the 30 years since Shoah’s release, Lanzmann has continued to devote himself almost solely to the excavation of not only the histories of the Holocaust, but to the mountains of footage he himself shot over the 10-plus years of the film’s development. It’s clear that the impetus behind Shoah, along with the now four subsequent films he has created from the same reserve of original material, is less a one-off project than an ongoing ideological and artistic concern.

Such a continuum is appropriate considering Lanzmann’s dedication to the restoration and reanimation of past events for the present day. And in that sense, The Last of the Unjust is another monumental unveiling of a shrouded episode in world history, as well as a crucial reconciliation of the tenets of memory and morality though the most catastrophic prism imaginable. Structured around a handful of interviews conducted in 1975 with Rabbi Benjamin Murmelstein, the final president of the Jewish Council at Theresienstadt and the sole surviving “Jewish Elder,” a succession of Nazi-anointed administrators who helped govern various concentration camps during the war years, the film is told largely through the written and verbal recollections of its eponymous subject, presenting this most controversial of positions as a burden of contradictions pitted at the very crux of betrayal and benevolence.

Again using no archival footage, Lanzmann manages to seamlessly situate the film within multiple time periods, contrasting and commenting upon his conversations with Murmelstein and their discussion of his role in the embellishments of this “model ghetto,” with present day visits to Theresienstadt where the director reads aloud from the rabbi’s 1961 book, ‘Terezin, il Ghetto Modello di Eichmann.’ For Lanzmann, the past is not a closed conversation, but instead an ongoing dialogue, attaining new resonance with the accumulation of time and the addition of new perspectives.

For his part, Murmelstein is a dazzlingly sharp and involving storyteller, weaving first-hand details of working under the domineering hand of Adolf Eichmann with, at times, disconcerting defences for his own actions (“Perhaps I thirsted for adventure”). Much of the interview is given over to semantic debate (the categorical classifications of Jews, “East” as a pretence for Auschwitz, the marked distinction between martyrs and saints), but Lanzmann just as sagely allows his images to accrue an existential gravitas, formulating at once an inquiry into the capacity of our moral constitution and an aesthetic hypothesis for the dimensions of memory itself. As such, Lanzmann’s cinema remains less document than testament, one of immense power and integrity – a legacy of legacies.

A historical restoration for a modern day reckoning.