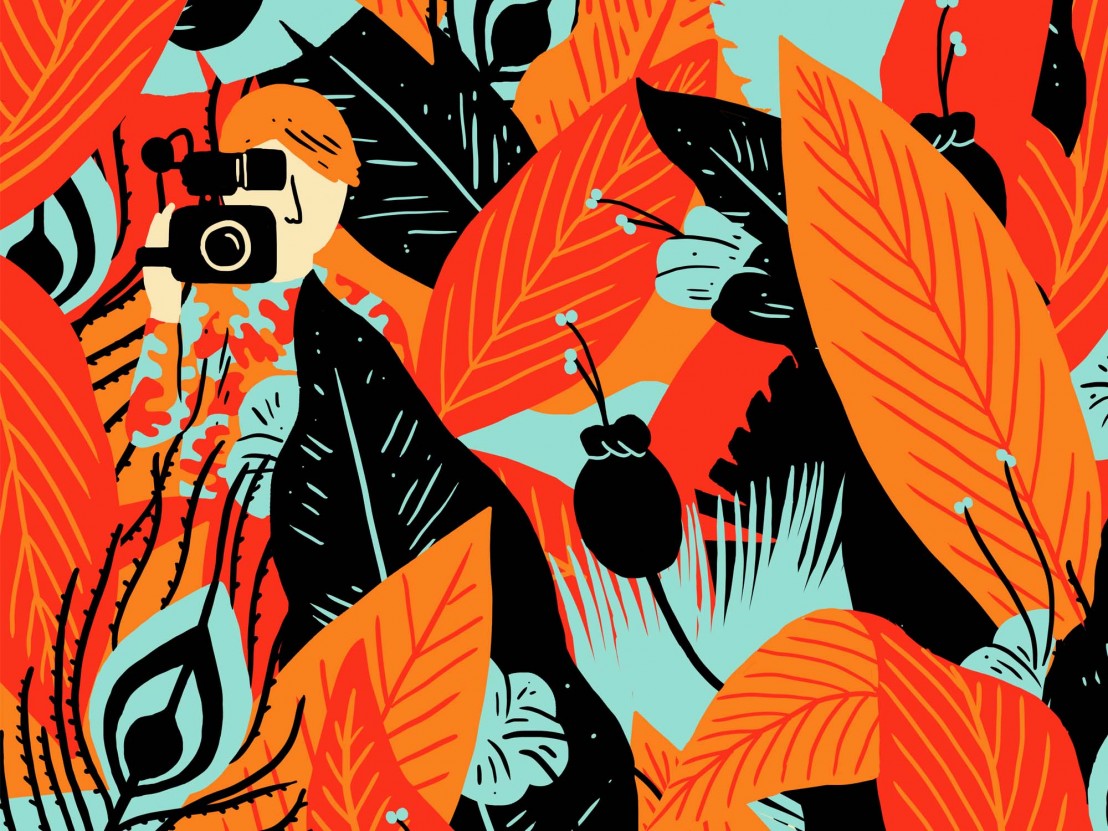 Since the turn of the new millennium, the documentary has made a spectacular rise as an entertainment medium. As such, the very concept of what a documentary is, what it means, what it promises to a viewer, remains in constant flux. Even though it contains moments of overt fiction, some critics have described Miguel Gomes’ Arabian Nights as being a documentary – in that it embodies a number of key characteristics of the form.

We put the question out there to a host of filmmakers, programmers and producers to find out… what actually is documentary in 2016?

Joshua Oppenheimer, Director – The Act of Killing, The Look of Silence

“Documentary is film where people play themselves. Non-fiction scenes are best understood as occasions, created in collaboration between director and participants, in which everybody is pushed beyond their comfort zones (within the overall safe space of making the film). What distinguishes non-fiction cinema is that audiences feel that whatever a character is going through on screen is coextensive with her real life. For this reason, non-fiction footage is sacred, and demands a unique form of empathy from the audience – a deeper empathy that has the power to transform everybody involved, from character to filmmaker to audience to the entire society reflected in the movie.”

“Non-fiction films are necessarily tentative, exploratory, archaeological excavations… We invent new realities together with our characters, creating situations that shed light on them and their worlds, just as one might apply lamplight to a crystal, searching for just the right angle so that, in a moment of clarity, the crystal’s complex architecture shines forth, revealing its multiple facets. A better metaphor: we begin with unknown seeds, helping them take root and grow into seedlings. We grope in darkness to discover what conditions this mysterious plant needs in order to develop and burst into bloom, revealing the splendours that were always there, hidden within the seed. We should explore this magnificence from within and without. We must be the dewdrop that acts as a magnifying glass on the petal. We must be the hummingbird flying overhead. The finished film should be the poetic condensation of all this mystery.”

The Look of Silence is available on DVD and digital download via thelookofsilence.co.uk

Jeanie Finlay, Director – Sound it Out, Orion: The Man Would be King

“Documentary is an opportunity to meet people I would never meet, and to tell their stories. I make films about shy people telling small stories, quietly. The camera acts as a witness and the broadcast is like whispering into a loudhailer. The stories remain small but the audience can be huge. It’s utterly intoxicating. As soon as people start to show off I turn the camera away. There are enough show offs in the world who already have a platform. My aim is to embrace the emotion in the stories that I find and reflect them in my films.

“I receive a lot of emails asking if my films are ‘real’ or if ‘I’m an actress’ playing a role. I think, they can’t quite believe the story unfurling on screen can be true. Someone called The Great Hip Hop Hoax ‘A hoax within a hoax…. Hoaxception.’ The world is brilliant, contradictory, devastating and unbelievable. It’s more vivid than anything I could ever make up.”

“Documentary is a word that means less and less to me. It assumes some sort of privileged relationship with the real, as though a documentary is an authentic document of a real event, person or situation. For me, and this is the philosophical starting point of my films, documentary films are simply narratives created by their makers to express their own subjective truth. In the best films, the maker’s shadow always looms large over the work – and this should be celebrated.

“Yes documentaries can include factual truths and, of course, you do find real people in documentary films, but the best of them concern themselves with the appearance of truth, which is something very different from fact(s). When all is said and done, these debates are probably best left to the theorists, whilst us filmmakers should focus on making our films using whatever methods we deem necessary to transform reality into something more artful.

“The eternal challenge, for me, is to find ways of intensifying and poeticising the everyday and this usually means a reimagining of the reality I am faced with rather than being faithful to it. This act of reimagining is hopefully the beginning of the creation of something distinctive and something that makes filmmaking a worthwhile pursuit. In the UK, we are prisoners of the term documentary because of its historical links to television and journalism. If your documentary isn’t about saving the world or an important issue, you have a much harder time getting funding. We need to move away from these limitations and embrace films that deal with people and what it is to be human – just like films do.”

Isaacs is currently making a film about Arsenal Football Club, his team of 43 years.

“For me, the attraction of documentary is that we’re taken into someone’s world and we get to know them in a direct, intimate way. I live for the moments when a person acts beyond our expectations and when things happen that we could never have hoped for, or imagined. The films I love are about the possibility of change where we watch people struggle to transform their lives.”

Longinotto is currently trying to raise money for a New York-set film.

“Documentary is on the verge of an exciting new chapter. Virtual reality is a breathtaking and transformational new means of experiencing a place and telling a story. VR is a perfect extension of my mission in documentary to introduce audiences to people and points of view that they might not otherwise encounter. It’s also particularly well suited to my process of documentary making as the footprint in production is shockingly small – the rig is small and I can operate it by myself or with one other person which makes it all that much easier to hide the crew behind a nearby tree or the like.

“The technical trickery seems to abduct your eyes, ears and attention, and spirit you away like a sci-fi teleportation device, and something happens to your heart and brain along the way: you feel like you have actually visited the places you are experiencing, and you experience empathic connections with the creatures you encounter there, as if you were inhabiting the same space in real life. Like so many advancements before it, VR’s technical innovations demand aesthetic innovations: filmmakers such as myself are hard at work playing with new techniques and mashing up new potions of theatrical, digital and cinematic language to begin to unlock the power of this technology.

“I was lucky enough to get my hands on a few virtual reality camera arrays over the last few months and to have shot a bunch of pieces, starting with a short VR documentary on Cuban dance which premiered at this year’s Sundance Film Festival. While I was there, I took advantage of the fabulously curated New Frontier section to experience as many of the other Virtual Reality and Augmented Reality works as I could. Bright days ahead!”

“Documentary is, I believe, in great shape. Filmmakers have pushed the form way beyond the idea of docs being ‘worthy’ talking head programs and are producing powerful visual stories. These films are enjoying major audience attention in the cinema and a whole new generation are exploring cross-media platforms in exciting new ways. Documentary makers are also experimenting across a broad range of genre. I have just returned from Sundance where the buzz was that many docs had stronger storytelling than some fictions films. From Roger Ross Williams’ Life, Animated and Brian Oakes’ Jim to Robert Greene’s Kate plays Christine, these films embraced hybrid forms, mixing animation, archive, comedy and fictional elements to great effect. They played to packed audiences alongside new docs from Kevin MacDonald, Werner Herzog and Spike Lee – it was amazing.

“Back in the UK, there is evidence that docs are flourishing, not only the success of our Bertha DocHouse cinema – the first screen dedicated to showing documentaries – but also that docs are increasingly part of the major cinema chains’ programming alongside fiction films. Documentary has always been the way we discover the world, broaden our horizons and deepen our understanding as well as investigating our own complex social issues. They encourage us to peek inside worlds we never knew existed and along the way introduce us to some remarkable people. I’m not sure you can pin down documentary to a single genre. These films are simply creative interpretations based in the real world for us all to be enriched by. Long may they continue.”

“Documentary is an attempt to capture the swirling chaos of the real world and give it a structure so that a meaningful signal can be found in the noise. Documentary is not a genre, but a way of seeing; it can be observational or reconstructed, rigorously shaped or built on the freeform, anti-narrative rhythms of being alive. No matter the contour, a documentary must have some unbreakable link to actual experience or it’s a fiction film. But the line between fiction and non-fiction is endlessly unstable. This is because no matter how authentic the content, a documentarian must make filmmaking decisions, which are inherently manipulative (they have to be!).

“So in essence, non-fiction cinema is the act of fictionalising what really happened or happens. Because this process often involves real people and their actual stories, it’s fraught with immense ethical and moral ambiguity. These tensions between the real and the constructed, between the aesthetic and the ethical, give life to the form; the best documentaries embrace these frictions and make use of them to create meaningful, layered cinema. This is why non-fiction is my favourite kind of filmmaking: it’s both constricted and liberated in thrilling ways.”

Actress played at the Open City Documentary Festival in 2015, while Greene’s new film, Kate Plays Christine, picked up an award for documentary writing at the 2016 Sundance Film Festival.

This is an edited version of a feature that was originally published in LWLies 64: the Arabian Nights issue – on sale now from our online shop.