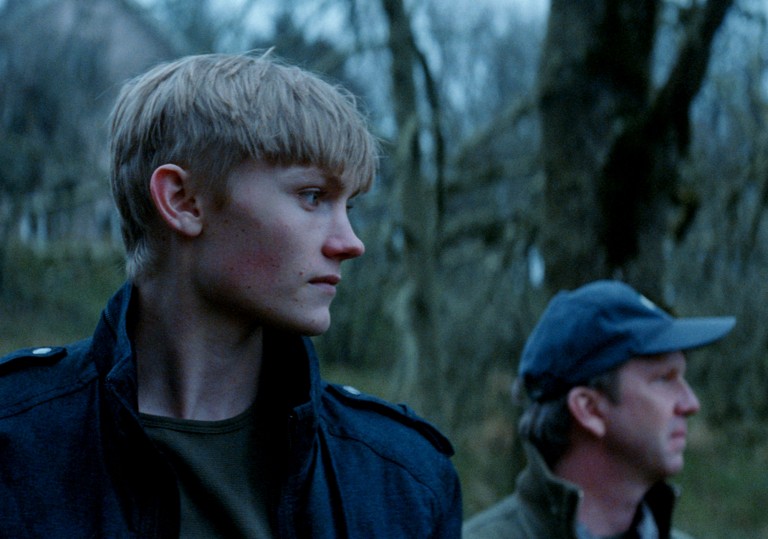 This low-key Swedish drama picked up plenty of plaudits on the European festival circuit.

Excited to see what both director and star do next.

At a time when compelling true-crime dramas like Spotlight, TV’s Making a Murderer and NPR’s Serial podcast are keeping water coolers everywhere well-stocked, it feels odd to suddenly put yourself in the shoes of someone who is unequivocally guilty of committing a terrible act.

That’s the set-up for Swedish writer/director Magnus von Horn’s impressive debut feature, The Here After, which centres around a young offender’s reintegration into a close-knit rural community that’s not yet ready to forgive and forget. Which is understandable, given the grisly nature of the tragic event in question.

When we first meet John (Ulrik Munther) he doesn’t seem the wrongful type. He’s placid and quiet, but not in the way an unsuspecting neighbour might presuppose when speaking to a local TV news crew. Could it be that this is what made him so dangerous in the first place? Is there really a monster lurking behind the unassuming blond-haired, blue-eyed exterior?

Not exactly. As a director, von Horn is smart enough to recognise that even the most heinous crimes have a human culprit, and as such his sensitive, unsensational film retains a sense of poise and never strays into soap opera territory. Nor is the film guilty of trashy tabloid hectoring, which wasn’t the case with Thomas Vinterberg’s crudely manipulative 2011 drama, The Hunt, to which The Here After bears only a superficial likeness.

If there’s a downside to von Horn’s approach, it’s that framing the story from the perpetrator’s point of view relegates the real victim to the sidelines. Which is not to say that her presence isn’t felt – the entire town is cast in a cold, eerie shadow, its residents haunted by the twin spectres of anger and fear so eloquently characterised by the stark cinematography of Lukasz Zal (who previously lensed Pawel Pawlikowski’s Oscar-winning, monochrome masterpiece from 2013, Ida). Likewise, it’s made clear from the very start that John, despite being out of prison, will never be released from the feeling of remorse that constantly hangs over him.

And while John just wants to move on with his life, his peers are quick to remind him of the one he destroyed. Initially John receives only mild taunts upon returning to his former school, but his increasingly confused and frustrated classmates soon conspire to carry out a more hostile form of retribution. Crucially, John never retaliates, accepting his ostracisation before eventually finding solace in new girl Malin (Loa Ek), who helps to shade in John’s backstory by asking the questions no one else dare.

Though punctuated by moments of taut conflict, the restraint of von Horn’s direction creates a lasting dramatic tension that is epitomised by 21- year-old pop star-turned-actor Ulrik Munther (think Sweden’s answer to Ed Sheeran), who deserves huge credit for his understated central turn. This is a film that poses both difficult and vital questions about how compassion and tolerance are exercised on a societal level, without ever asking us to pass moral judgement on any of its characters.

This low-key Swedish drama picked up plenty of plaudits on the European festival circuit.

Excited to see what both director and star do next.