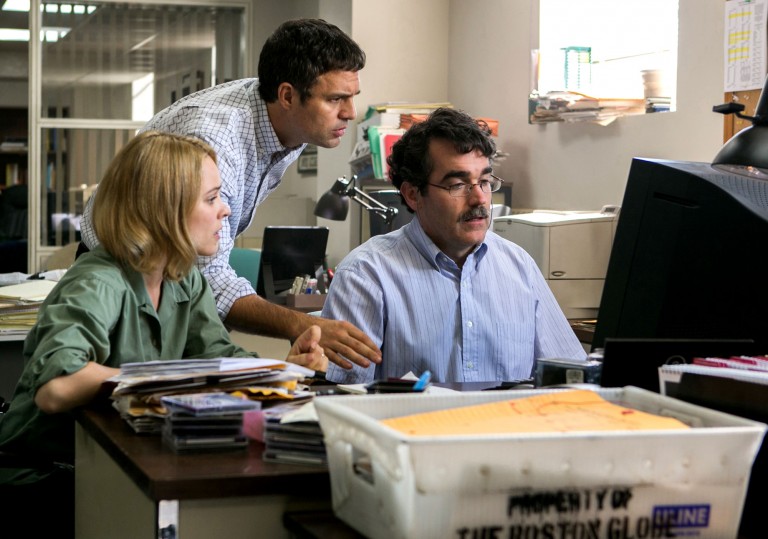 The subject matter may be grim, but the Oscar buzz gives it sparkle.

An extraordinary paean to journalistic endeavour.

“Do you really wanna hear this shit?” a sexual abuse survivor asks Mark Ruffalo’s reporter Mike Rezendes in writer/director Tom McCarthy’s disciplined procedural drama Spotlight. The unspooling of hard-to-hear truths is at the heart of this story about the Boston Globe’s Pulitzer Prize-winning investigative team (called ‘Spotlight’) who exposed child molestation by Catholic priests in the Boston Archdiocese, ultimately triggering a worldwide scandal.

As events unfold, the film makes a compelling case for old-school journalism and its methods. We are introduced to the paper’s team in July 2001, who are all lapsed Catholics and are asked by incoming editor Marty Baron (Liev Schreiber) to look into claims that a Boston priest had abused over 80 children.

Although this is a 21st century story, the film is very much a paper trail of clippings, directories, letters and court-files. The team take notes and build trust as they scrutinise, probe and – most importantly – listen to the victims. The eye for detail extends to the cast’s nuanced, exceptional performances: Rachel McAdams as Sacha Pfeiffer channels pure sensitivity as she allows those who share their experiences to pour their pain into her; Schreiber is movingly taciturn; Ruffalo is endearingly earnest and awkwardly insistent; while John Slattery as senior colleague Ben Bradlee Jr and Stanley Tucci as the victim’s eccentric lawyer Mitchell Garabedian complete a remarkable ensemble.

Refusing to be distracted by domestic subplots, Spotlight still manages to explore the personal consequences of putting a cat amongst the pigeons. Pfeiffer is worried about her devout grandmother’s reaction, Brian d’Arcy James’s Matt Carroll finds a group of paedophile priests hidden alarmingly close to his house, and the well-connected Walter ‘Robby’ Robinson (Michael Keaton, the film’s central presence) is forced to confront friends who have been professionally complicit in wrongdoing.

Their new editor Baron is a Jewish outsider in a Catholic city whose bearish presence can’t hide his anxiety. Spotlight resists histrionics, rejecting the thriller tropes that would render events more conventionally cinematic. Cinematographer Masanobu Takayanagi’s muted palette respectfully reflects the seriousness of the story, the chilly, humdrum environs and the frosty reception that greets the paper’s investigation; while Howard Shore’s unobtrusive score creates a sense of a story gathering momentum and keeps things nail-biting when they’re up against the clock. But there is no soaring climax or sweeping melodic gut-punches.

Such restraint demonstrates how the team’s righteous anger is kept in check by their painstaking professionalism, and McCarthy and co-writer Josh Singer hone in on the graft, skill and value of drawing together a complex story from pieces that have been scattered and concealed. If it’s a picture of journalism at its most dogged and honourable then Spotlight doesn’t disregard the paper’s own faults as it highlights a community’s failings, both institutional and domestic. While there are universal truths here, it also masterfully filters in the specific context – this big city’s small town mindset, the way it conspiratorially closes ranks around the church. As Garabedian sadly notes: “If it takes a village to raise a child, it takes a village to abuse one.”

The subject matter may be grim, but the Oscar buzz gives it sparkle.

An extraordinary paean to journalistic endeavour. 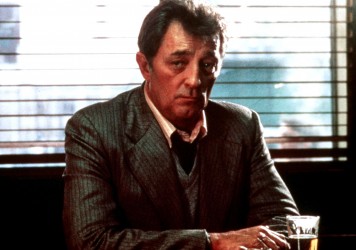