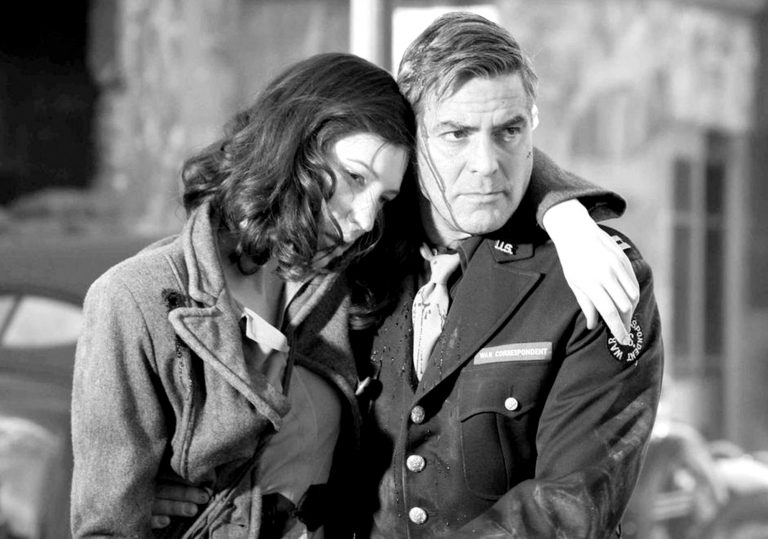 Casablanca reborn. Is that necessary?

Has a winning, slightly oddball charm, and Blanchett is (once again) brilliant.

You suspect it won’t be remembered in the same breath as its forebears in years to come.

When asked to name his movie highlights of 2006, The New Yorker grinch Anthony Lane pointed to a private screening he’d hosted of the 1950 classic All About Eve. Towards the end, a friend asked, “What happened?” “Well,” he replied, explaining the plot. “No,” his friend insisted, “I mean, what happened to movies?”

They don’t make ’em like they used to, right Anthony? Only, they do. In fact, if you’re Steven Soderbergh you make ’em exactly like they used to, right down to the vintage lenses and the swipe cut editing. So The Good German, a relentlessly old-fashioned noir thriller set in post-war Berlin, is a gimmick? Well, kind of, but with one important qualification – it’s really pretty good.

George Clooney is Jake Geismer, a world-weary war correspondent re-assigned to Berlin to cover the Potsdam Peace Conference of 1945. Here, Russia, Britain and the US carved up the spoils of one war while firing the first shots of another.

But when the authorities turn a blind eye after the body of Corporal Tully (Tobey Maguire), a black marketeer who also happens to be involved with Jake’s ex-squeeze – the dangerously beautiful Lena Brandt (Cate Blanchett) – turns up in the Russian sector, Geismer uncovers another story altogether: the dirty secrets behind America’s plans to win this new, cold war.

The Good German is a technical marvel, visually and thematically resonant of the likes of Casablanca and The Third Man. All the usual noir clichés are present and correct: the tough-talking cynicism (says Tully to a legless Jew, “Everyone in town has a hard luck story”); the seen-it-all-before barman (“That’s Berlin!”); and, most of all, the moral uncertainties.

The title itself is a multi-layered reference to the hypocrisy of the occupation. Berlin is a city of good bad guys and bad good guys: the question is not so much who among the Germans deserves to be punished, as who among the victors deserves to choose.

Clooney and Maguire both play against type. Jake Geismer’s cocksure confidence is gradually beaten out of him as he follows Lena further and further from the moral high ground. And as the kind of guy who’ll tell you how he loves his girl, but let you fuck her for the right price, Maguire couldn’t be further away from the ‘great responsibility’ of Spider-Man.

But it’s Blanchett who really impresses. Not just an actress in a ’40s costume, she’s an apparition from an earlier era, with a face to rival Bergman and Bacall. Soderbergh doesn’t film her; he gapes in awe. The old-fashioned ethos does mean some clumsy plotting, and Jake is too often the victim rather than the agent of events, but these don’t detract from the fact that The Good German is a fine vintage.

Casablanca reborn. Is that necessary?

Has a winning, slightly oddball charm, and Blanchett is (once again) brilliant.

You suspect it won’t be remembered in the same breath as its forebears in years to come.