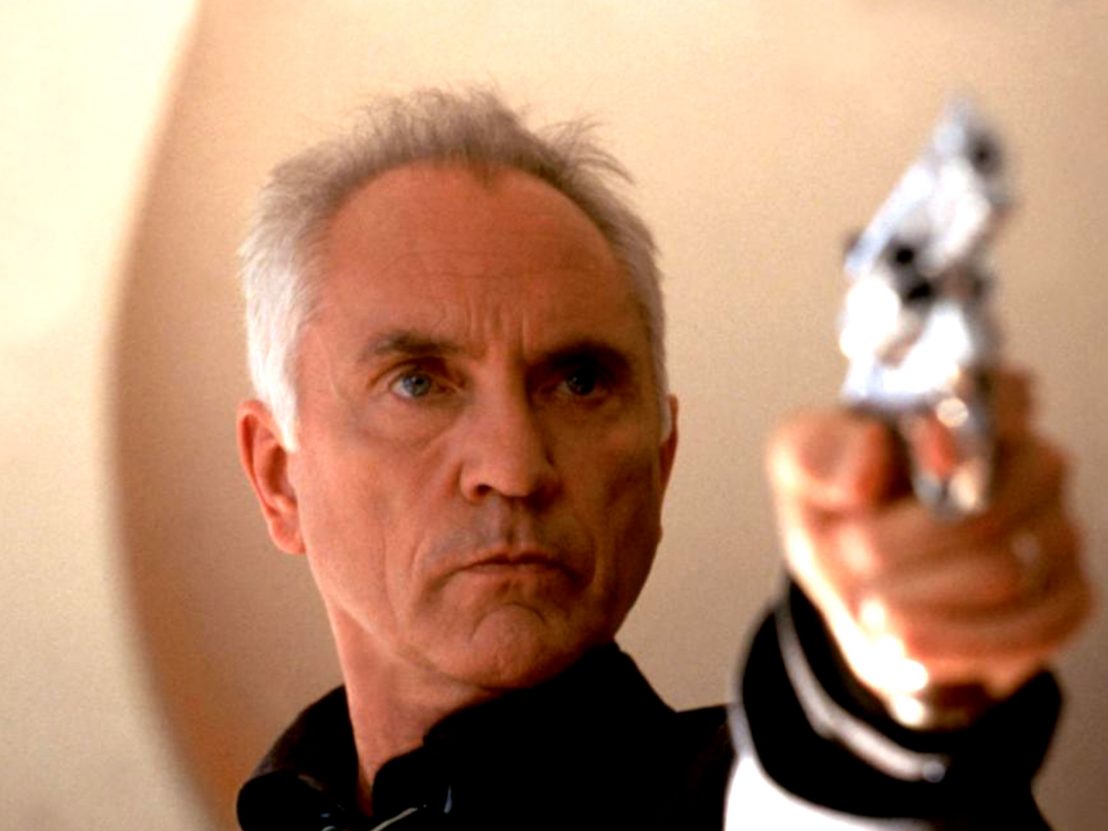 “Who done it then? Who snuffed her?” These words, spoken by the cold, enigmatic Wilson (Terence Stamp), aren’t exactly the typical response of a father inquiring about his daughter’s death. In fact, nothing about this grey-haired, frost-eyed Brit seems typical. He speaks with an almost parodic cockney lilt, accompanied with a penetrating thousand-yard stare, and rarely minces his words. Flash backs of Wilson sitting alone in motel rooms, smoking and looking at photos of Jenny (Melissa George) reveal a man to whom detachment comes naturally. Who is this eponymous Englishman, then, and why is he so damn angry?

Following a string of ’90s successes, instigated by his Palme d’Or winning Sex, Lies and Videotape, The Limey arguably stands as director Steven Soderbergh’s greatest indie offering. From its stylish opening sequence, evocatively set to The Who’s ‘The Seeker’, to Wilson’s clinical brand of paternal retribution, the film sets itself up as a revenge story like no other – masterful in its apparent simplicity and impossibly cool.

A crime thriller at heart, The Limey tells the story of a Londoner who travels to Los Angeles to investigate his daughter’s death. There he quickly fixes his crosshairs on local record producer Terry Valentine and his goonish entourage in the process. The plot itself isn’t especially novel, but it’s Soderbergh’s unorthodox approach to genre filmmaking that makes it one of his most enduring works.

Non-linear storytelling, with sound bites and voiceovers often heard before their corresponding scenes have played out on screen, set the tone early on for The Limey’s off-kilter aesthetic. Coupled with this, Soderbergh makes great use of recycled shots from Ken Loach’s 1967 directorial debut Poor Cow, starring a young Terence Stamp, to illustrate his own protagonist’s troubled past. It’s all quite unusual, even challenging in the film’s early stages, but Soderbergh trusts us to put the pieces together. There’s no hint of hand-holding throughout the film’s lean 89-minute runtime, and even if there was, Wilson’s bloodied palms would be best left unclasped.

The Limey also shares certain visual similarities with Soderbergh’s Oscar-winning drug saga Traffic, with an oneiric sepia filter giving Los Angeles a lethargic, isolating atmosphere – the ideal sandbox for a calculating career-criminal like Wilson to have his fun in. The City of Angels is depicted true to the neo-noir tradition of winding roads and sequestered hillside mansions. Indeed, Valentine’s swanky abode, situated high in the Hollywood Hills, plays a pivotal role in Wilson’s early investigations, where he attends a soiree under the guidance of Eduardo (Luiz Guzman) in order to search for clues.

After discovering a photo of Jenny in a bedroom, Wilson begins to attract attention of Valentine’s chief geezer-with-a-gun, Avery (Barry Newman). The first henchman to approach Wilson is swiftly thrown over the railing into the Los Angeles scrub, and one car-chase later leaves Avery minus his Mercedes but with the knowledge of this violent cockney’s name.

For a film about bloody murder, betrayal and gangsters, however, The Limey is surprisingly restrained when it comes to depicting action. In fact, the film’s standout moment of violence is tantalisingly ambiguous. Early on in his investigations, after learning of a local truck depot that moonlights as a drug trafficking hub, Wilson retraces Jenny’s footsteps in search of finding out more about Valentine. He breaks into the back of the depot and confronts the foreman (“Can’t be too careful, lot of tea leaves about. Tea Leaves. Thieves.”) before taking a beating and being tossed into the forecourt by three on-site toughs.

In a breathless single take, Wilson gets to his feet, retrieves a pistol tucked down the back of his jeans, and walks purposely into the depot. We only hear what happens next, as Wilson’s gun rings out, presumably dispatching the henchmen. That is, all bar one. Running from the grisly scene, Wilson follows the lone survivor back out onto the forecourt and delivers the film’s most iconic line: “You tell him…You tell him I’m coming. Tell him I’m fucking cominggggg!”

At one point Avery observes of Wilson that “he’s not James Bond”, and, as far as Stamp’s central performance can be read as a conscious deconstruction of hardened screen masculinity, it’s true that he is a very different prospect to 007. That said, there are some intriguing parallels between them. Both identify themselves using only their surname; both are handy with a weapon; both have a slightly skewed moral compass; and, most importantly, both are proud of their British heritage. Wilson is no debonair military man, though, he’s an ex-con looking for answers, and he’s willing to use extreme methods to get what he’s after. 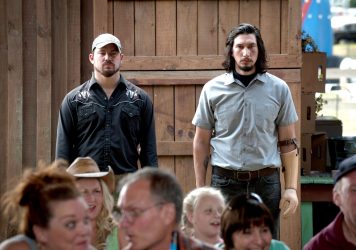