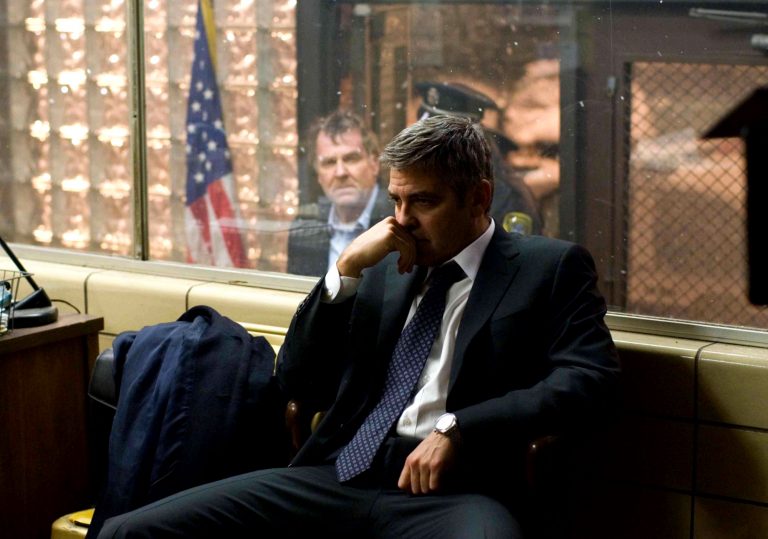 Send your parents and friends who wear suits.

Think TS Eliot without the poetry; think ‘The Hollow Men’, think corporate lawyers in their wasteland of bland. Michael Clayton is so grey it leaves a metallic taste in the mouth. Make that grey and beige with salt and pepper sideburns. George Clooney is cop/lawyer crossover Michael Clayton – he’s the guy who cleans up when the legal eagles turn a blind eye to a chemicals client who’s been poisoning the public.

For Clayton, it’s usually a case of industrial bleach, marigolds and a service wash, but this time he’s compromised. Looking for a pay-off, his mentor, Arthur (Tom Wilkinson), threatens to expose the whole shebang, only to end up a ‘suicide’ statistic. Smelling a sardine, Clayton turns investigator, sleuthing slap bang into a plot so full holes and so lacking in humour that you’ll be willing him to turn into Danny Ocean.

And yet the film is redeemed by a few remarkable features. The first is the symbolism of three horses on a hillside. They save Clayton’s life and, more, represent an element of spiritualism – that there is hope beyond corporate matters.

The second is a shocking murder, a sequence that’s so cold-blooded, brutal, efficient and without sentiment that it intrudes on the film with gut punching impact. And the third is the last five minutes – surely the reason Clooney agreed to do the film in the first place and a blessed relief.

Everything absent from Michael Clayton is sandwiched into the pay-off; it’s funny, satisfying, involves a man and a woman (albeit Tilda Swinton in snow-queen mode) and, for once, is one step ahead before throwing you into an interesting coda. If director Tony Gilroy had started there and worked backwards, Michael Clayton might have been more Magritte and less painting-by-numbers.

Send your parents and friends who wear suits. 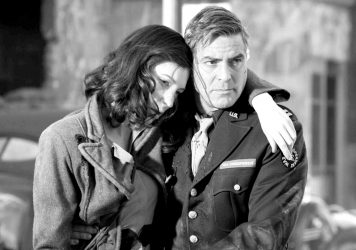