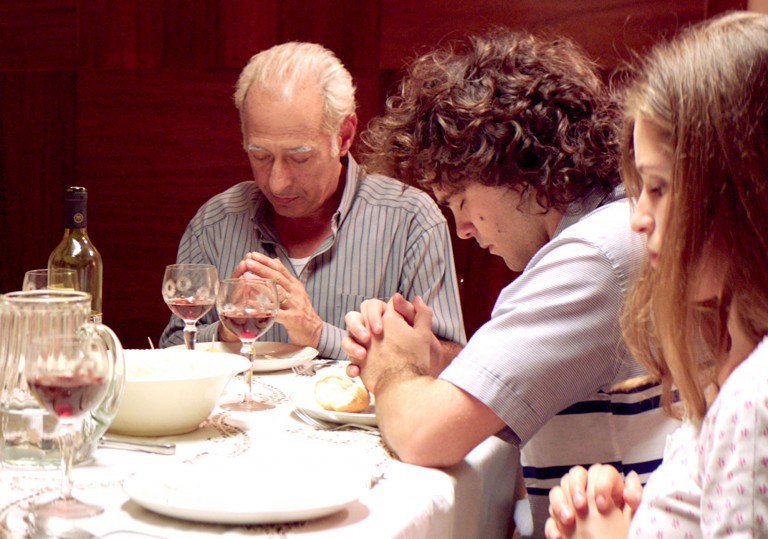 The real-life story is remarkable; the film is disappointingly dull.

The usually reliable Pablo Trapero stutters with this inert crime thriller about the infamous Puccio family.

As far as variations on a theme go, the twisted bourgeois crime family is a fairly familiar fixture. Pablo Trapero’s The Clan doesn’t stray too far from expectation, focusing on the activities of an infamous Argentinian family called the Puccios. In reality, they were freelance kidnappers, obtaining ransoms from wealthy families and then brutally murdering the hostages. Victims were chained in bathtubs or basements, while the teenagers inside claimed not to know or hear their cries for help. Yet in Trapero’s hands, this naturally dramatic subject matter is rendered strangely inert – he chooses to focus on the tried and true father/ son dynamic and eludes the more pressing questions at play.

The Puccios are led by Arquimedes (Guillermo Francella), a white-haired patriarch with vaguely sepulchral features. He expects unerring obedience from his children. Older son Alex (Peter Lanzani) is his father’s main accomplice – and an unlikely one too. He’s a popular, pleasant-looking twenty something and a professional rugby player, playing for Argentina’s national team. He’s ambivalent about his role in the kidnappings, but nonetheless helps to lure one of his well-off rugby teammates into his father’s trap. In real life the man was only 23. He was found shot dead a few months later.

Set in a drab, autumnal suburb, the film jumps across a period between 1979 and 1985. It was a transitional time in Argentina’s history, as a seven-year military junta came to a close. The Puccios are closely connected to the regime, and share the same ugliness, moral cowardice and yen for extra-judicial killing; as the dictatorship runs out of luck, so too does the family. These parallels go some way to suggest how private citizens and government officials colluded in forced ‘disappearances’.

Trapero gives much attention to the sedate setting of the Puccio family home, adopting a cramped, claustrophobic style as they say grace around the dinner table or watch television together. Arquimedes kisses his teenage daughters goodnight and helps them with their homework. Sociopaths are nice to their families too, aren’t they? It’s nothing that hasn’t been expressed before. Queasy tracking shots aside, the interesting issues elude Trapero. What about Mrs Puccio? Does she simply make dinner for the hostages and clean their blood from the bathroom floors? We don’t know – she gets barely more than a handful of lines.

The camera remains in close proximity to its subjects, but the film never gets inside them – it offers the illusion of depth. The icily ruthless dad, cowardly son, and near-silent mother are all established and then given no further depths to plumb. It flattens what should be compelling.

Trapero saves the most shocking jolts for the concluding moments, squeezing a police raid, suicide attempt and a ton of post-credit information into the final ten minutes. By this point it all seems of little consequence – protracted throughout, and then suddenly rushed. It takes a special sort of tone-deafness to deliver fascinating material so clumsily. The Clan works to create a world of murky amorality, but the drama is so neutered that it’s hard to care.

The real-life story is remarkable; the film is disappointingly dull. 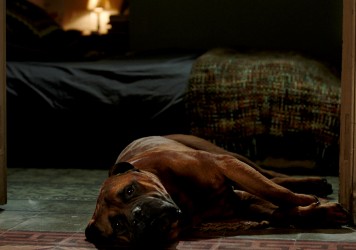 Five films to see at the Argentine Film Festival 2016

Pablo Trapero’s The Clan will open the annual celebration of South American cinema.