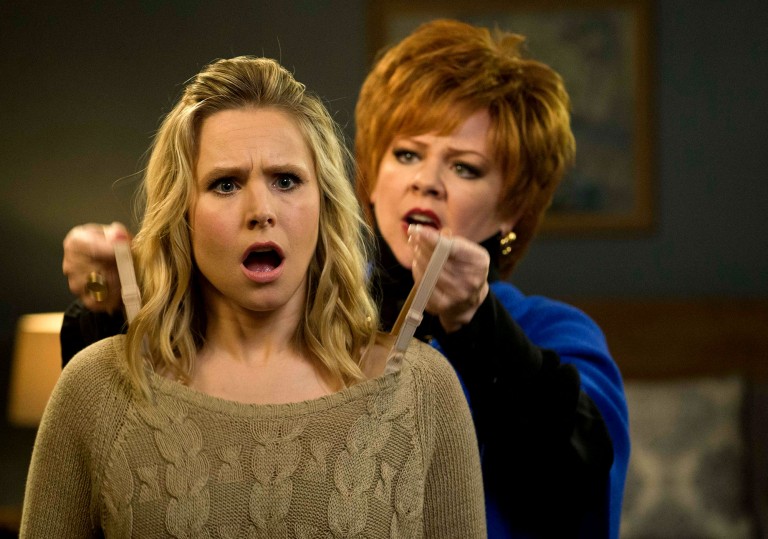 Melissa McCarthy is great, but this looks a far cry from her Paul Feig collaborations.

Is Ghostbusters out yet?

You’re not the boss of me now.

When it comes to comedy, one of the trickier balancing acts to pull off is when a filmmaker is clearly aiming to deal in both the zany and the sincere; going all-out wacky with the comic set-pieces, but also wanting to inject a little pathos into proceedings. This is precisely what Ben Falcone attempts, unsuccessfully, with The Boss, the second feature he has co-written and directed for wife Melissa McCarthy following 2014’s Tammy.

This did have plenty of promise, though. For starters, McCarthy has proven she is adept at playing vulnerable characters while showcasing her flair for physical comedy in outlandish scenarios. So the role of Michelle Darnell, a corporate dragon lady with a troubled past who sets about rebuilding her empire and tarnished reputation after serving time for insider trading, seems right in her wheelhouse.

The trouble is that in the film’s floundering search for a decent laugh, the wackiness is upped to desperate levels in the hope that something – anything – might stick. So we get a massive street brawl between rival groups of brownie-selling school girls to a sharp detour into katana combat between McCarthy and Peter Dinklage on a helipad. With Falcone spending so much of the film trying to invest in Darnell’s redemptive arc, which concerns a surrogate family bond with former assistant Claire (Kristen Bell) and her daughter, Rachel, (Ella Anderson), the clash of tones is just too clumsy for any of it to work.

Structurally speaking, the story feels like it was made up on the fly. One overlong, painfully unfunny scene of Michelle berating former investment partners at a country club ends with her randomly falling down a flight of stairs, which then switches to two characters watching a video of said tumble. Immediately before that, Darnell gives herself a bad spray tan, seemingly setting up a gag where she will turn up to the country club looking ridiculously dark, thus embarrassing herself in front of the investors. But the tan “gag” is not carried over to the next scene. It’s a strange thing watching a comedy about a corporate mogul that doesn’t even invest in its own jokes.

Melissa McCarthy is great, but this looks a far cry from her Paul Feig collaborations.

Is Ghostbusters out yet?

You’re not the boss of me now. 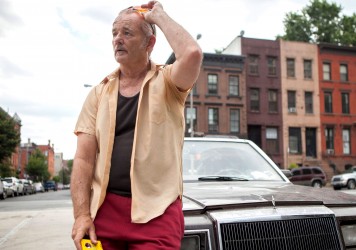