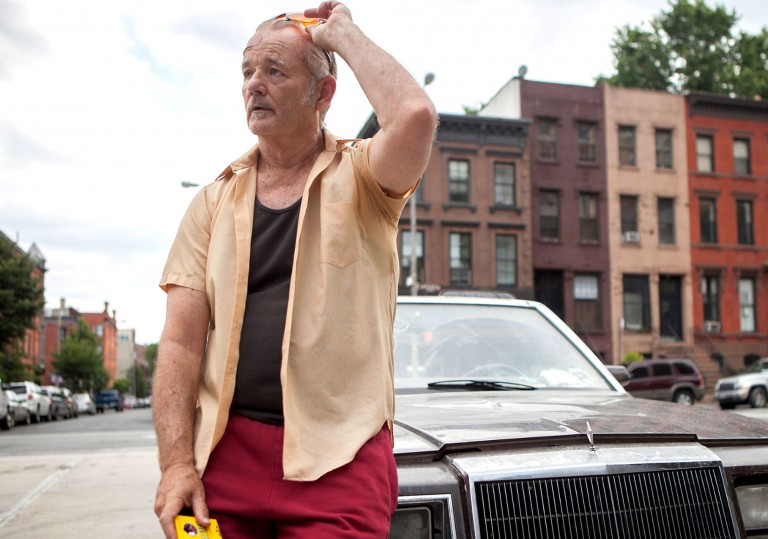 Can someone (other than Wes Anderson) please harness the comic superpower that is Bill Murray?

Would it be utterly sacrilegious to claim that Bill Murray – beloved, wisecracking rebel priest of the Hollywood Hills – is funnier off-screen than is he on? Tall tales regarding his predilection for crashing student parties and zinging hysterical members of the public at film premiers, not to mention his wry responses in interviews, often evoke more honest-to-goodness chuckles than the movies in which he stars (usually playing some close iteration of Bill Murray). Or maybe it’s the fact that few directors know how to amply harness his talents. The only modern directors to really “get” Bill Murray are Jim Jarmusch and Wes Anderson.

One of his funniest roles this year lasts for about 30 seconds and he spends all of that time hidden behind a gas mask, playing Harry Dunne’s interim, methlab monkey housemate in Dumb and Dumber To while Lloyd spends time in a hospital while he fakes being in a coma as a joke. He has one line of dialogue and it’s possibly the funniest moment in the film. And like crystal meth, maybe Murray is better taken in small doses, as being saddled with a full, 100-minute block in his presence can prove to be somewhat overwhelming.

The directorial debut of one Theodore Melfi, St Vincent offers a sunny, more approachable variation on the Bad Santa template whereby a cantankerous, hate-fuelled loner learns through his awkward relations to others that he’s not such a bad dude after all. Vincent MacKenna (Murray) lives alone with his cat, despises the company of others, drinks heavily, squanders his meagre funds at the racetrack and possesses not a shred of human empathy. It’s not until gawky young Oliver (Jaeden Lieberher) enters onto the scene, a child of divorce whose shitbag father never even taught him how to fight, that Vincent learns, once more, what love is. Awww…

Oliver’s mother (Melissa McCarthy) is now sole family breadwinner, and so Vincent puts in a few hours as a babysitter. No-one has a good word to say about Vincent, but spending an inordinate amount of time with him and playing by his stringent rules allows Oliver to see the good side of this heavily burnished soul. And not just good, possibly even great, elevating him to the level of an Earthly saint. An unsmiling Murray sticks rigidly within his comfort zone by playing perpetually naffed-off which eventually graduates towards mildly miffed as the film reveals the bittersweet root of his rancour.

The process of watching the film is one of delayed gratification, in that you tend to wait for Murray to live up to his vaunted image and do something that’s extremely hilarious. And while there are certainly a scattering of mild titters, the big belly laughs are in short supply. Naomi Watts’ Russian accent, the result of her playing a pregnant stripper and paramour to Vincent, is actually the comic top-trump of the entire film, with the usually reliable McCarthy unfortunately landed with the naggy mom straight role.

As a statement on self-imposed poverty, St Vincent is perhaps too rosy and affirmative to really hit home, and its constant recourse to big plot twists dulls the potential for thematic heft. One very pleasing side-note is Chris O’Dowd as Brother Geraghty, a liberal priest at Oliver’s school who would make the perfect subject for a spin-off movie.

Can someone (other than Wes Anderson) please harness the comic superpower that is Bill Murray? 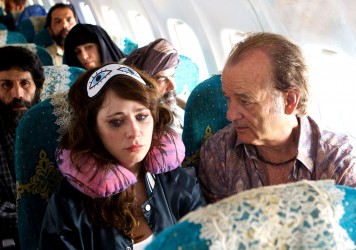 This turgid Afghan-based comedy will leave you wondered if Bill Murray will ever star in a good movie again.