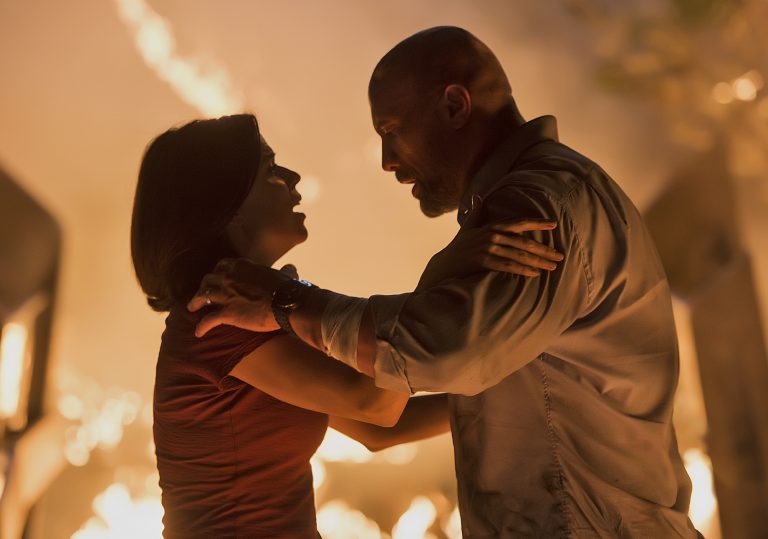 Not even Johnson can stoke the flames of this damp squib of a film.

Dwayne Johnson takes on terrorists in a towering inferno in this run-of-the-mill blockbuster.

I’ll level with you, dear reader: I like Dwayne Johnson. I moved past my dislike of Michael Bay to watch Pain & Gain. I went to bat for Rampage. I’m extremely excited about the forthcoming ‘Dwaythem’ Fast & Furious spin-off. Dwayne’s winning charm and bulging biceps have made him a mainstay of action cinema since he burst onto the big screen in The Mummy Returns back in 2001, and for a man worth over $190 million, he seems pretty down to earth.

But even the staunchest Rock apologist would be hard-pressed to find merit in his latest offering, which sees him reunited with his Central Intelligence director Rawson Marshall Thurber.

In Skyscraper, Johnson is Will Sawyer, a former FBI hostage negotiator who, following a botched rescue operation which resulted in him losing a leg, has found a new calling as a risk assessor for a new mega-skyscraper in Hong Kong. Built by stoic billionaire Zhao Min Zhi (Chin Han), ‘The Pearl’ is the tallest building in the world, housing a shopping complex, a park complete with waterfall, and residential floors.

Sawyer is tasked with overseeing final security checks before The Pearl opens to the public, and for some reason he’s brought his family with him – wife Sarah (Neve Campbell) and their young twins, Georgia and Henry. Chaos beckons like an old friend, and soon Will is facing off against a gaggle of clichéd baddies, including a sexy-badass femme fatale, snivelling British suit, and misc Euro mercenary.

The marketing campaign around Skyscraper has sold the film based on a single moment in the trailer, where Johnson performs an implausible leap from a crane into the titular building. Even this appears infinitely less impressive within the context of the film, in which the distance between the crane and the building is substantially reduced. In fact, all the action in the film feels oddly low-stakes, perhaps due to the fact the villains are interchangeable characters, and we have no reason to care about anyone who isn’t played by Johnson. Questionable premises have been sold on the strength of his star power for a while now, but Skyscraper really tests the limits of his charisma.

Skyscraper is a boring film. It brazenly borrows from the likes of Die Hard and The Towering Inferno but fails to inject any heart or humour into the action. Worse still, some old-fashioned gender bias attempts to mine humour from the false notion that women are somehow technologically impaired, while Johnson namechecks Duct tape so frequently you begin to wonder what kind of lucrative product placement deal must have been struck.

Ironically for a film about a massive raging fire, Skyscraper is completely devoid of warmth. Add to that the eyebrow-raising decision to portray Johnson’s character as disabled (in one scene, a thug tries to beat Sawyer up with his own prosthetic leg) and the whole thing amounts to an empty, violent spectacle that doesn’t even have the decency to be mildly entertaining.

Not even Johnson can stoke the flames of this damp squib of a film. 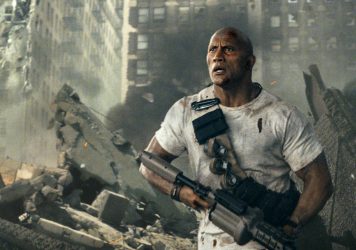