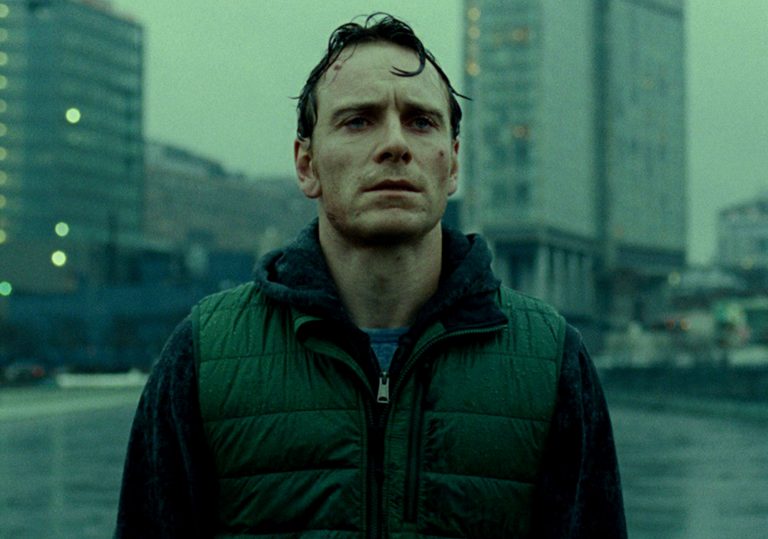 By turns raw, elegant and uncompromising. An assured companion piece to Hunger, if not a significant progression.

Skin-deep substance means Shame ultimately lacks stamina. Don’t take your eyes off McQueen and Fassbender for a second, though.

Ostensibly, Shame is a film that attempts to penetrate the psyche of a thirtysomething nymphomaniac named Brandon (Michael Fassbender); a man whose every waking minute comprises a cyclone of shallow intercourse and crushing indignity. In its most explicit moments, McQueen’s film is inescapably divisive, regardless of its overarching nuance. But Shame always seeks to offer more than hot flesh and quick thrills.

In a narratively sparse first act we swan dive into Brandon’s world – a mundane urban tapestry of cheerless streets, synthetic light and sterilised interior spaces. This is New York City, specifically Manhattan, imagined by McQueen as a sleepless cosmopolitan bordello ready to cater for any vice, however illicit or insatiable. Brandon’s is sex, and he’s able to sample a wide variety of exotic flavours from an ever changing carte du jour that’s fine-tailored to twenty-first-century living. But the more Brandon gorges himself, the emptier he feels.

Whether making his daily commute on the subway (where we see him glare lustfully at a married woman in a purple hat) or servicing himself in his impersonal apartment, Brandon is a man for whom ritual reigns supreme. His domicile is modestly furnished, cold yet functional. Its pallid neutrality echoes his numb mood as he lies alone in bed, mouth slack and eyes glazed, skin drained of colour.

Only through music do we catch a glimpse of Brandon’s soul. A small procession of LPs dresses a plain living room unit where Glenn Gould variations pour from a turntable, cocooning Brandon in a thin film of precious tranquility. It’s these same abstract notes that accompany Shame’s most elegantly crafted sequence – a single tracking shot of Brandon jogging at night that is both audacious and hypnotic in its execution. Giving Brandon a connection with the material in a tangible way allows McQueen to emphasise his remoteness from the people closest to him. Or rather, person: his sister, Sissy (Carey Mulligan).

An impulsive, down-on-her-luck singer, Sissy crash-lands in Brandon’s life looking for a big brother who’ll pick up the pieces. But Brandon sees her as a nuisance, a threat to his carefully regimented ritual. He tells her in no uncertain terms to “stop playing the victim”, displaying little in the way of empathy.

Sissy’s significance doesn’t fully manifest until an excruciatingly cute scene in which she performs ‘New York, New York’ in front of Brandon, his boss David (James Badge Dale) and a faceless crowd in a high-rise bar, aptly named ‘The Boom Boom Room’. McQueen purposely keeps the frame locked tight on Mulligan’s face, cutting away only briefly to show Brandon shed a single tear as Sissy silences the room.Whatever shared trauma this moment has evoked is unclear, but what’s apparent is that the agonies Brandon and Sissy are experiencing today have mutated directly from the scars of their childhood.

Brandon’s public image is that of the consummate professional; immaculately turned-out, adept at nailing client pitches and in-step with boardroom politics. But, really, he is an unknown entity to his colleagues, keeping himself at arm’s reach from everyone except those he is forced to engage with. His facade is so well polished, though, that even when he’s caught he’s never at risk of being outed.

His desktop hard-drive is filthy, loaded with pornography, but rather than entertain the truth that’s staring straight at him, David shifts the blame away from his number one guy. He has no reason to suspect Brandon might be responsible, of course. “It takes a really sick fuck to spend all day on that shit,” declares David, but to his mind Brandon is flawless. Besides, his own moral fibre is hardly Scotchgarded. David shirks his domestic obligations to scout for potential one-night stands in trendy bars, and later gets Sissy into bed without the slightest hint of remorse.

Brandon’s beast requires such strict round-the-clock shackling that it’s inevitable his guard will eventually slip. Crucially, though, he’s never publicly reprimanded for his trespasses. Were David not so blinkered, Brandon might have been disgraced and let go, but he’d have soon moved on, kept his addiction hidden and found work elsewhere. Public humiliation might bring about temporary repentance but, as any addict will attest, true remediation must come from within.

It’s here that Shame’s thorniest quandary comes into play. Sex addiction is a complex social taboo, but does Brandon need curing? His tumorous burden may well be self-destructive, but in this instance it is not damaging in a wider social context in the way that alcoholism and drug addition can be. Those are social diseases that often (but not always) transect the criminal spectrum. Brandon is a sex addict, not a sex offender. His cravings are satisfied exclusively by lawful means.

This is the view McQueen projects, at least, and it’s one aided by the fact that Brandon is urbane and charming – qualities Fassbender oozes. But Brandon’s ability to crack and joke and shoot and smoulder across a bar doesn’t detract from his deep-seated emotional detachment, and it’s these pained moments of isolated contemplation where Fassbender is at his most forceful. If 2011 was Ryan Gosling’s year, Fassbender is going to take some beating in 2012.

Shame is a snapshot of one man’s addiction, not the full 12-step story. We meet Brandon somewhere in the middle of his journey and we leave him without a clear sense of its end. Any flicker of enduring redemption is fleeting, each forward step loaded with the sinking realisation that Brandon has probably been here before. Disposing with his stash of smutty magazines, a few sex toys and a laptop that seems to be used solely for live chatting might signal the turning of a corner, but the disposability of the instruments of Brandon’s addiction is contrasted by the knowledge that they are easily replaceable in the promiscuous world he inhabits.

Soon after, a desperate cry for help from Sissy goes tragically too far and Brandon appears to reach a point of clarity. Catharsis beckons. But in the next and final scene he’s back on the subway, eye-fucking the girl in the purple hat. Self-knowledge is the first step; getting off the train does not necessarily follow. That’s fine – there are no quick-fix remedies and besides, McQueen is hardly a sucker for happy endings. Yet with no firm hope in Brandon’s future we can only grow indifferent to his plight.

Even in our best behaviour we are all creatures of ritual, each with our own skeletons to suppress. But McQueen holds a mirror up to his audience in such a way that sex addiction begins to feel like a front. The implication is that this is a misunderstood affliction, a marginalised disease symptomatic of modern life. Yet there’s no attempt to educate or strip away the enigma surrounding it as, for instance, The Man with the Golden Arm did for heroin addiction in the 1950s. Resultantly, Shame’s impact is dulled.

For personifying Brandon’s addiction beyond the cookie-cutter clichés of belligerent misogyny and lurid perverseness McQueen should be applauded. So too for his abstinence from aggressive social pamphleteering, which would surely be a turn off. It’s a pity, however, that this potent subject matter hasn’t yielded more thought-provoking results. McQueen has made a bold and accomplished film but, aside from a fearless lead performance, Shame’s prize assets, like those of the call girls Brandon solicits, are superficial.

By turns raw, elegant and uncompromising. An assured companion piece to Hunger, if not a significant progression.

Skin-deep substance means Shame ultimately lacks stamina. Don’t take your eyes off McQueen and Fassbender for a second, though. 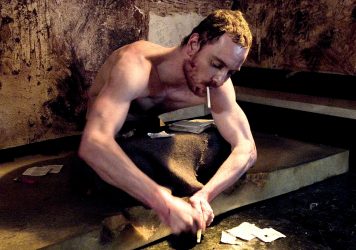