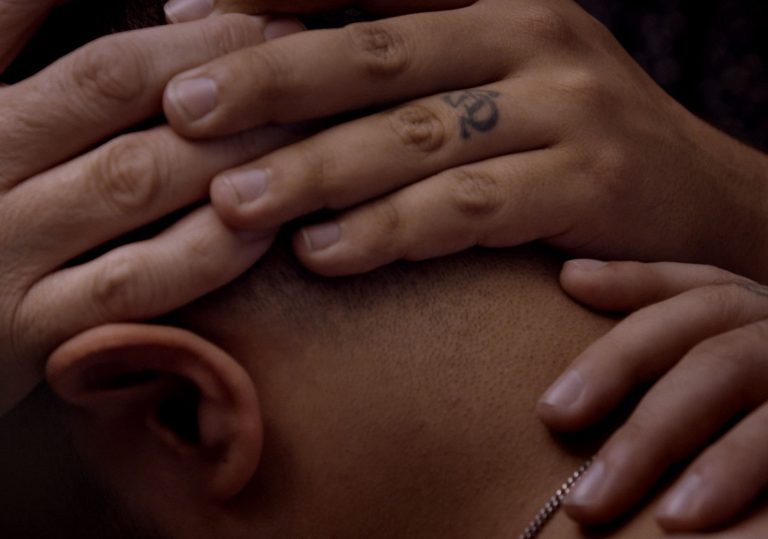 Simple in form but effective in its delivery.

This devastating documentary exposes the shocking truth of one of the world’s largest gay conversion therapy schemes.

“This film is dedicated to those who survived conversion therapy and especially those who didn’t,” reads one of the final title cards in Kristine Stolakis’ documentary Pray Away. The sentiment comes after 100 minutes of challenging but crucial viewing that chronicles the pervading influence and harmful legacy of Exodus International, an interdenominational ex-gay organisation that facilitated the largest ‘gay cure’ conversion therapy scheme in the world.

The subject of conversion therapy has been tackled in narrative film with Desiree Akhavan’s empowering The Miseducation of Cameron Post, Jamie Babbit’s satirical But I’m a Cheerleader, and Joel Edgerton’s stirring Boy Erased. All differ widely in tone but are unequivocally united in depicting the practice as inhumane and abhorrent. Similarly, Pray Away does not debate the unethical ‘therapy’, instead deconstructing Exodus International from the perspective of those who were on the inside and made it out.

With the documentary filmmaker flourish of pre-interview footage, interviewees being mic’d up and shots framed for talking heads, Pray Away introduces its subjects: five ex-founders of Exodus International, a survivor and a current member. With complete transparency, the ex-founders detail the Evangelical church ‘support group’ that developed into a conversion therapy programme thousands would pass through, all while the founder’s gay desires remained shrouded in secrecy.

At once a searing exposé and a soul-bearing confessional, participants reflect on their experiences with unflinching honesty. Julie Rodgers, a survivor who was indoctrinated at 16 and subjected to years of insidious ‘therapy’, is the film’s most compelling speaker. Her damning memories of her life at that time are intercut with footage of wedding preparations with her soon-to-be wife. Such a contrast is present elsewhere, editor Carla Gutierrez skilfully cutting between talking heads to a wealth of archive TV interviews.

Hewing to a conventional form and structure, Pray Away allows the audience to focus fully on the evocative personal testimony Stolakis assembles. It is testament to the director’s approach that the film’s non-judgemental perspective manages to even stretch to Jeffrey McCall, a self-described “formerly transgender” person who started a group devoted to ‘save’ people from their LGBTQ+ lives. Stolakis’ lingering, eerily isolated shot of him smiling as the film draws to a close is more powerful than an outright comment.

Pray Away is impactful not just because of its content, but the wider implications of unearthing the roots of this unholy pseudo-science. In its final moments, the film presents the fact that LGBTQ+ youth who have experienced conversion therapy are more than twice as likely to attempt suicide. It’s clear that Stolakis hopes her film will linger beyond its runtime and contribute to the fight to end conversion therapy, in all forms, forever.

Simple in form but effective in its delivery.