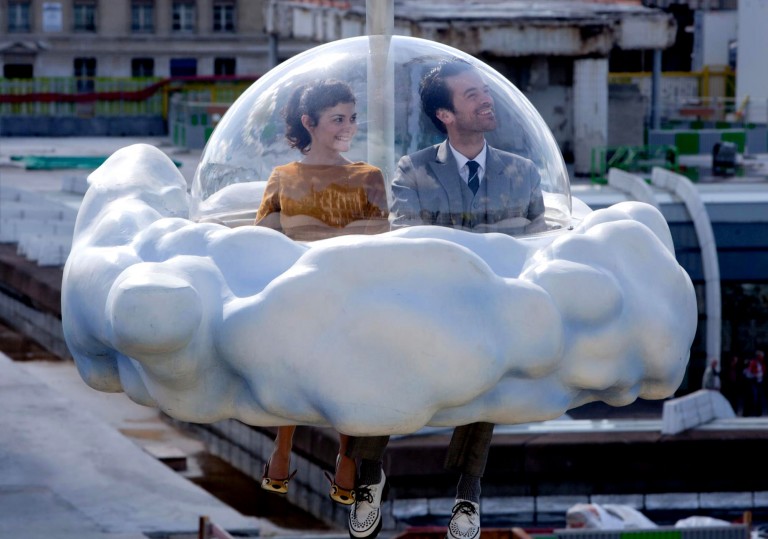 The man who sent Björk to get her teeth checked by a gorilla dentist pays tribute to the creator of the Pianocktail.

Gondry untamed is a visual genius.

But he doesn't give Vian’s ideas enough room to breathe.

What if the world around us reacted directly to our emotions? It would be a jumbled, chaotic, manic experience. And that is exactly what Michel Gondry delivers in his adaptation of Boris Vian’s 1946 surrealist novel, ‘Froth on the Daydream’. In his heyday, Vian hung out with jazz legend Duke Ellington and existentialist philosopher Jean-Paul Sartre, both of whom get more than a look-in in this spirited and frenetic tribute.

Gondry’s romantic sci-fi follows putrefying bride Chloe (Audrey Tatou) who, shortly after getting married to inventor Colin (Romain Duris), develops a terminal case of a water lily growing in her lung. We first meet Colin shuffling around his bright and busy apartment with lawyer and budding chef Nicolas (Omar Sy) readying themselves for the arrival of friend and Jean-Sol Patre-obsessive Chick (Gad Elmaleh). Viewed through this prism, the film delivers a plethora of ideas and references which beg to be untapped post-viewing.

This motley crew’s every move is governed by a pastel-wearing cadre of workers who sit on a conveyer-belt of spinning typewriters, randomly penning a line of narrative for the world below. A grand hub doles out revelry and madcap adventures gilded with underlying menace which eventually descends into a dystopia of disease, bitter matrimony and poverty. Colin’s dream of happiness collapses as he is forced to find a job to pay for Chloe’s treatment. He then realises Chick is stealing from him in order to get his Patre fix.

When Colin is stripped of his freedom and forced to harvest munitions for the government, Mood Indigo shifts into Orwellian nightmare territory, adopting the grim yet inspired aesthetic reminiscent of Terry Gilliam’s Brazil. Despite the darkness, Gondry does provide a beacon of hope in the form of a mouse (a man in a suit of course) who inhabits Colin’s abode and is determined to make the long arduous journey out of suffocating frenzy for the sake of art.

Gondry is most interested in reflecting his characters emotions through the physical, and with his imaginative creations that whizz across the screen at a break-neck pace, the dialogue becomes a pitter-patter of childlike fancy. Though there’s method in his madness with the colourful palette dulling as the film progresses and the pace slowing as Chloe’s condition gets worse. This does, however, provoke an unexpected craving for the loud, bright menagerie of invention, and the inclusion of a grown female character who utters the words “I don’t like boys who say horrid things in front of girls” really has no place in the modern world.

The director’s customary Wonka-like symposium of cultural references is on full throttle here as he assembles intricate stop motion, mini-oven canapés, Rubix Cube diaries and a Cronenbergian-like creation of a doorbell bug to dizzying effect. In fact, there’s quite a few similarities between Mood Indigo and Cronenberg’s Naked Lunch, not least their abstract nature, but also their commitment to fashioning an impressionistic portrait of a fierce literary source.

The man who sent Björk to get her teeth checked by a gorilla dentist pays tribute to the creator of the Pianocktail.

Gondry untamed is a visual genius.

But he doesn't give Vian’s ideas enough room to breathe. 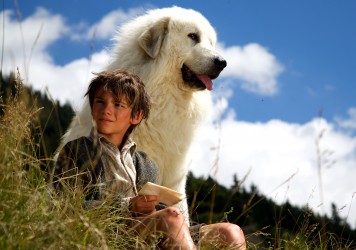 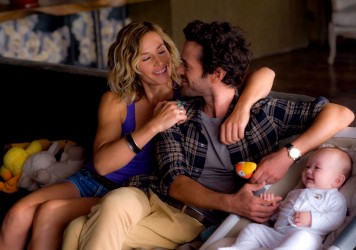